Baking soda is having a moment—a weird thing to say about something that’s been a pantry essential for literally decades. These days, the touted health benefits of baking soda go far beyond airy cakes and flaky biscuits (as if those weren’t enough), and the internet is filled with claims that the unassuming white powder can do everything from settling your stomach to whitening your teeth.

Unsurprisingly, a lot of the information out there is bogus and totally not legit. You should never use baking soda as sunscreen (duh!). But, baking soda does pack a few cool health benefits when used correctly—which often means buying FDA-approved products with baking soda as an active ingredient—so two experts weighed in to help separate fact from fiction.

1. It can help take the ‘burn’ out of heartburn.

“Drinking a mixture of baking soda and water has been used as [a heartburn] home remedy for decades,” says Dr. Allison Dostal Webster, the associate director of nutrition communications at the International Food Information Council.

Basically, your stomach acid, is, well, acidic (with a pH less than seven, says Webster), while baking soda is basic (with a pH higher than seven). When your stomach acid is going haywire (say, traveling up into your esophagus and giving you heartburn), baking soda can effectively “neutralize” that acid, Webster says. That neutral substance won’t cause discomfort if it travels back up into your oesophagus.

That said, Webster warns that the home remedy carries risks. “There are many case reports of people over-consuming baking soda, which upsets our body’s acid-base balance and can lead to serious cardiovascular, respiratory, and neurological effects,” says Webster.

So if you get acid reflux on the reg, you shouldn’t just keep chugging baking soda and water. Talk to your doctor and consider options like over-the-counter or prescription medications, Webster says.

2. It can nix ‘keto breath’ and reduce your risk of cavities.

“Baking soda has been studied for its benefits to oral hygiene,” says Webster. “Its antimicrobial properties can help fight bacteria that cause bad breath, and reduce risk for cavities. That’s why you can commonly find it in certain types of toothpastes.”

3. It’ll give you pearly whites.

Another tooth-related benefit of baking soda: A 2017 meta-analysis in the Journal of the American Dental Association states that several studies found teeth-whitening treatments containing baking soda were more effective than those without it.

If you don’t want to shell out for a teeth-whitening kit (which, I don’t blame you), you can try making a paste out of baking soda and hydrogen peroxide, and brushing it on your teeth. Just don’t use it every day, since both of those ingredients can be harsh when overused. Use it for three days, then use it again in six months to maintain results. 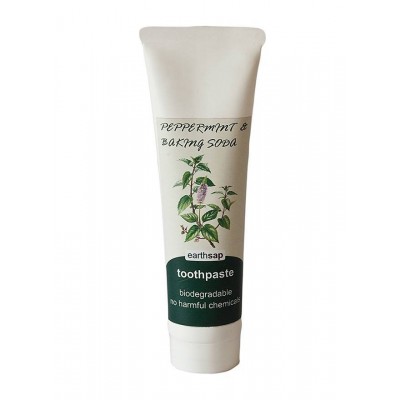 4. It can clean and exfoliate skin (but there’s a catch).

Basically every natural beauty blog has some kind of post about using baking soda as a natural cleanser. And there’s some truth to that, says Dr. Joshua Zeichner, the director of cosmetic and clinical research in dermatology at Mount Sinai Hospital. “[Baking soda] can absorb oil and helps exfoliate dead cells from the surface of the skin, making it a useful ingredient in DIY scrubs and masks,” he says.

However, he says that it can cause serious irritation if overused, especially if you have sensitive skin. “The only people I would recommend it for are those with extremely oily skin, and people who rarely develop skin irritation,” he says.

If you don’t want to use straight baking soda on your face (which is probs for the best), try a cleanser that is formulated with baking soda instead to minimize the risk of irritation. If you have sensitive skin, Zeichner says, skip the baking soda and use traditional exfoliators with ingredients like alpha- or beta-hydroxy acids like glycolic acid or salicylic acid.

“Because of its absorbent nature, baking soda may also be used as an ingredient in a homemade deodorant,” says Zeichner. If you want to get your hands dirty, you can mix some with water until it turns into a paste, and apply to your underarms. If that doesn’t sound appealing, you can find baking soda as a main ingredient in lots of natural deodorants, too. 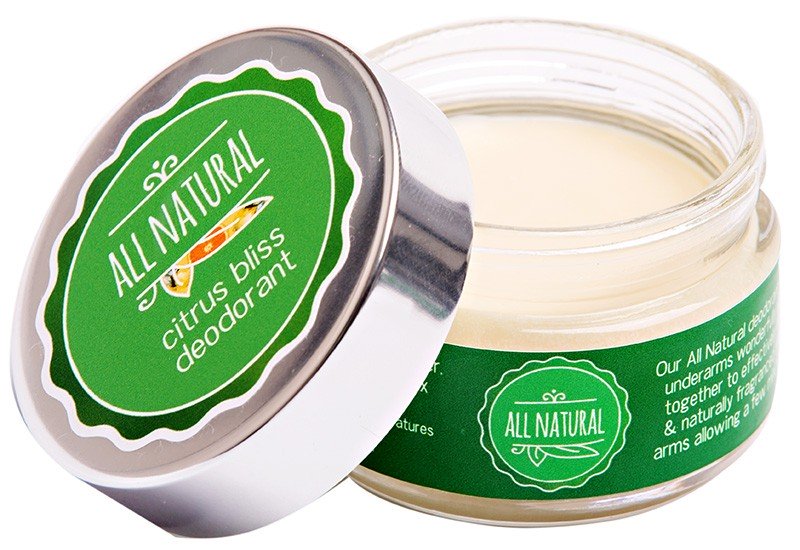 BUY IT: All Naturals Deodorant Citrus Bliss, R92 at Faithful-to-Nature

“Baking soda’s ability to absorb oil explains reports of treating acne,” says Zeichner. Dabbing a bit onto spots may help dry them up in the short-term, he adds, but won’t really lead to lasting healing.

And, while some people report that baking soda has helped fade scars, it’s not exactly a magic bullet. “The only way I could imagine baking soda being useful in brightening dark spots or improving the appearance of scars is through its exfoliating properties,” says Zeichner. So, sure, you can give it a try, but any form of exfoliation will likely have a similar effect—with less risk of skin irritation.