Personal trainer, yoga teacher and Next Fitness Star top 10 finalist Mali Ramara lost her hair in 2013. Since then, she's been hiding her bald head...until now. Here's why she ditched the wig.

Mali Ramara's story of losing her hair and learning to rock her bald head.

Five years ago Mali Ramara had a thick, natural afro. “As a woman, I identified my beauty with my afro hair,” she recalls. “It was so liberating, as an adult, to accept myself with a natural afro because up to my late twenties, I used chemicals to straighten my afro. I used to think it was too kinky, unmanageable and not an acceptable standard of beauty. So to be at the age where I could finally accept my afro and see myself as a beautiful black woman was absolutely liberating.” 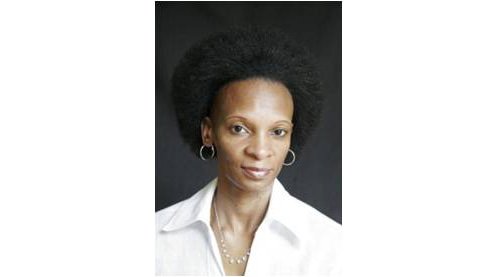 Mali in 2012 before losing her natural afro hair

In 2013 Mali was diagnosed with Lupus of the brain. One of the symptoms was alopecia — hair loss. Mali lost almost all her hair, leaving only sparse, uneven patches on her head, which she now shaves twice a week. “Losing my hair was hard to accept and walking around bald headed was not an option,” says Mali. “So I chose the next best thing — a wig. I tried an afro wig. I did not like it at all.” Instead she settled on a wig entirely different from her natural hair. “I thought I looked much more presentable and womanly than looking like a small boy and unsexy, which I thought the bald head would make me look and feel like,” she says.

The wig soon became part of Mali’s routine — a necessary daily disguise that she used to be accepted and to accept herself. “I had to look a certain way and present a certain look to people, clients and social media — or to men, for that matter.” Good quality wigs are expensive, so Mali would settle for budget buys. “I would buy a couple cheap wigs that made me presentable and made me look and feel beautiful,” she says.

READ MORE: This what black haircare experts wish you  knew about about going natural.

But while the wig made Mali feel more accepted, she was still self conscious wearing it. “I have no sense of style and the wig I used to wear when I went back into personal training was hideous,” she says. She replaced it with a more flattering wig, but still none of her clients knew she was bald.

Hello World, This Is Me

Earlier this year Mali made the top ten in our Women’s Health Next Fitness Star competition. During the competition, she posted a video on Facebook in which she showed her bald head to the world for the first time. Until then not even her clients knew that she was bald under her wig. “I got positive feedback from both males and females, saying I look good or it suits me and others saying that I look much younger. Who does not want to look much younger? Some women said they were about to grow their hair and decided to go bald.”

But Mali still wasn’t ready to give up the wig. As part of the NFS top ten, she flew to Cape Town for a photo shoot. “On the flight back to Joburg, one of the other contestants, Mosibudi Maponya, said, ‘Mali, why don’t you use your strength and just be bald headed?'” she recalls. “I took that into consideration.”

READ MORE: Ten random things that could be making your hair fall out.

In August this year, Mali facilitated a yoga retreat. The theme was “letting go of what is holding us back”. “The Friday evening I was wearing a wig, but Saturday morning at the start of the Mind Body Nutrition talk and yoga meditation session, I decided to take my wig off and facilitate the session and shoot a yoga video bald headed,” Mali recalls. “I decided not to let my bald head define who I am or hold me back from facilitating and giving the best version of myself.”

The women at the retreat responded positively to Mali’s baldness, so that Monday, back at work, she decided to train her clients bald-headed as well. One of her clients, who didn’t previously know Mali was bald, said she preferred her with a wig. But a male client and friend said he thought Mali’s new look was “cool and liberated”. It was what she needed to hear. “I am a woman and not immune from wanting compliments from a man,” says Mali. “After being told by a guy that I look cool and liberated, I was like okay, this is going to be my new look for my personal and company brand.”

READ MORE: A traumatic event caused Khloe Kardashian’s hair to fall out. This is how she hides it.

This is my Actionyoga for weightloss workout. You do 10 repetition of each pose for three rounds. Actionyoga uses deep breathing with hatha and kriya yoga poses for 10 repetition of each pose. To increase stamina, endurance, strength, core conditioning and weightloss and not forgetting calming the mind. Beside being a Personal trainer , I am also a Hatha and Kriya yoga Instructor , Alternative weight loss instructor and Science of silence ( understanding the purpose and practice of meditation). I call it Actionyoga because Yoga is everything. Being of service to others is yoga, laughter is yoga, taking care of your body and mind is yoga, being mindful of the words you speak to yourself and others is yoga and meditation is yoga #yoga #yogaflow #actionyoga #yogaflex #calmmind #meditation #bodywieghttraining #weightloss #yogatraining #silence

Posting on social media with a bald head has been challenging for Mali. Before she posts anything, she runs it by a friend. “So by the time I post something, he has already boosted my confidence and inspired me and said to me, ‘You are telling your story  and inspiring someone out there and showing your true self.’ That inspires me to keep opening up, slowly, using yoga poses and telling a story about me, my brand and about my company with every post or video I make,” says Mali.

READ MORE: Seven common things that can make you go grey way quicker than you should.

Mali uses acupuncture as part of her Lupus treatment…

I am not just on a journey to learn to cook healthy meals on a low budget but also to taking care of my overall health. With Lupus flaring up a bit this year i decided to also do acupunture and i went to Pumla Bolani . I have done acupanture before but it was never done with so much professionalism, calmness and dedication to my body and a concern for my wellbeing. Pumla knew axactly where to put the needles on my head, the place where severe headaches usually pumps so hard i cannot breath. After the session, i felt so energetic and my head was light. I loved the feeling. You definately have a healing hands Pumla, see you soon for my next session. Be blessed.#mindbodynutrition #R100adaymeals #yoga #yogaflex #actionyoga #yogaweight #maliramara @abundanceza

Unfortunately, the feedback hasn’t all been positive. “Sometimes I get confused for a boy, or I get a taxi driver asking me if I wear a duku in front of my husband to look prettier for him,” says Mali. “I’ve been told by a black guy that if I want to get married I should put in a weave.” But Mali holds her tongue. “What does my bald head have to do with my beauty or womanhood?”

In the past few months, Mali’s bald head has finally become part of her identity and professional brand. “My business is called Bophelo ke Matla, which means ‘health is strength’. My bald head is now part of  my health, beauty, spiritual story and identity,” she says. “I am healthy and I love and accept the person who is looking back at me in the mirror.”

Looking for more? Read how sport helped Letshego Zulu after her husband passed away.