Could This Be 2018’s Most Epic Physical Challenge?

After months of anticipation and prep, the big day finally arrived for the four hand-picked contestants competing in the Toyota Fortuner 4×4 Challenge – and boy, it didn’t disappoint!

For those of you who don’t know, the Toyota Fortuner 4×4 Challenge entails four public participants teaming up with four celebrities (or heroes in ‘challenge’ speak), the pairs then compete alongside their trusty Fortuner steeds in a range of tasks.

2018 marked the event’s third installment, with the bar being set higher than ever before. The challenges this year really amped up the fitness-endurance-strength equation – the contestants were required to deliver maximum performance throughout, in order to claim the title and prize. With Garmin, Specialized and Reebok providing the necessary gear…the stage was set! 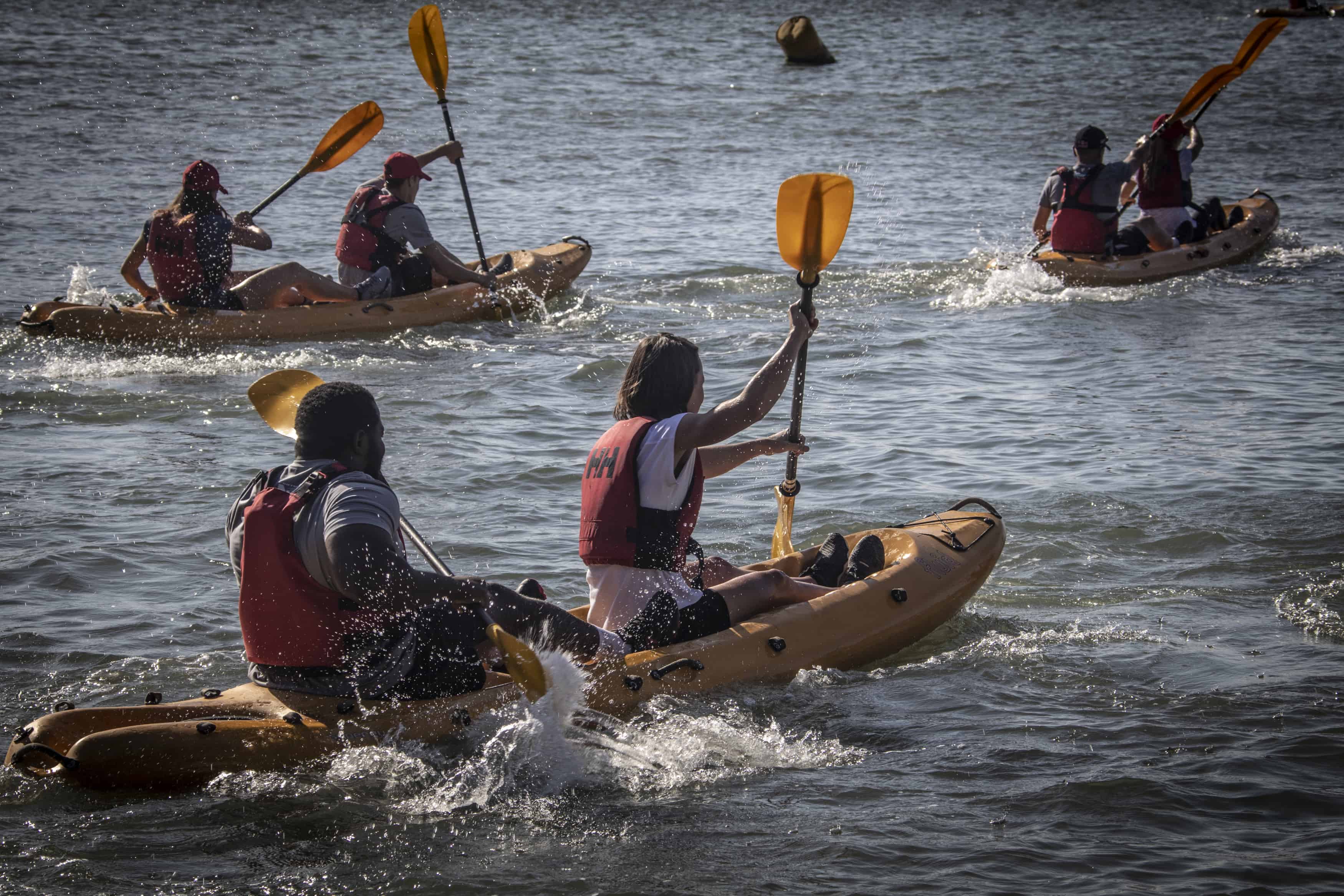 The first challenge consisted of a two-person paddle from the Eastern Head, across the lagoon to Leisure Isle. Upon arrival on shore, the teams were required to complete a tyre-shuffle puzzle. The second task took place at the Pezula Hotel, where the contestants set off on a trail run with navigational instructions being provided by their Garmin Fenix 5 Plus Smartwatch. The rolling pathways of Pezula gave way to the sound of frenetic footsteps as teams sprinted in attempt to complete the 4.8-kilometre run.

Day 2 was a major competition day with five tasks outlined. The day kicked off with the Mercury high and adrenalin pumping, as the teams competed in the Fortuner Pull, which also required a supplementary task involving the vehicle. The sheer strength of hero Ox Nché made the Fortuner look like a featherweight, however a cool head and logical thinking had as much sway as brute strength.

The next task would be something a little different with each hero-challenger pairing having to pick up state-of-the-art compound bows and aim for that elusive bullseye in the Archers’ Edge challenge hosted by the Knysna Outdoor Archery Circuit (KOAC).

The fifth challenge was the grueling Specialized Epic Time Trial, where the contestants had to use their impressive Specialized mountain bikes to pedal up the grueling Phantom Pass trail – in the shortest amount of time possible. The heat and gradient took its toll on the challengers as this task left them red-faced and gasping for breath. 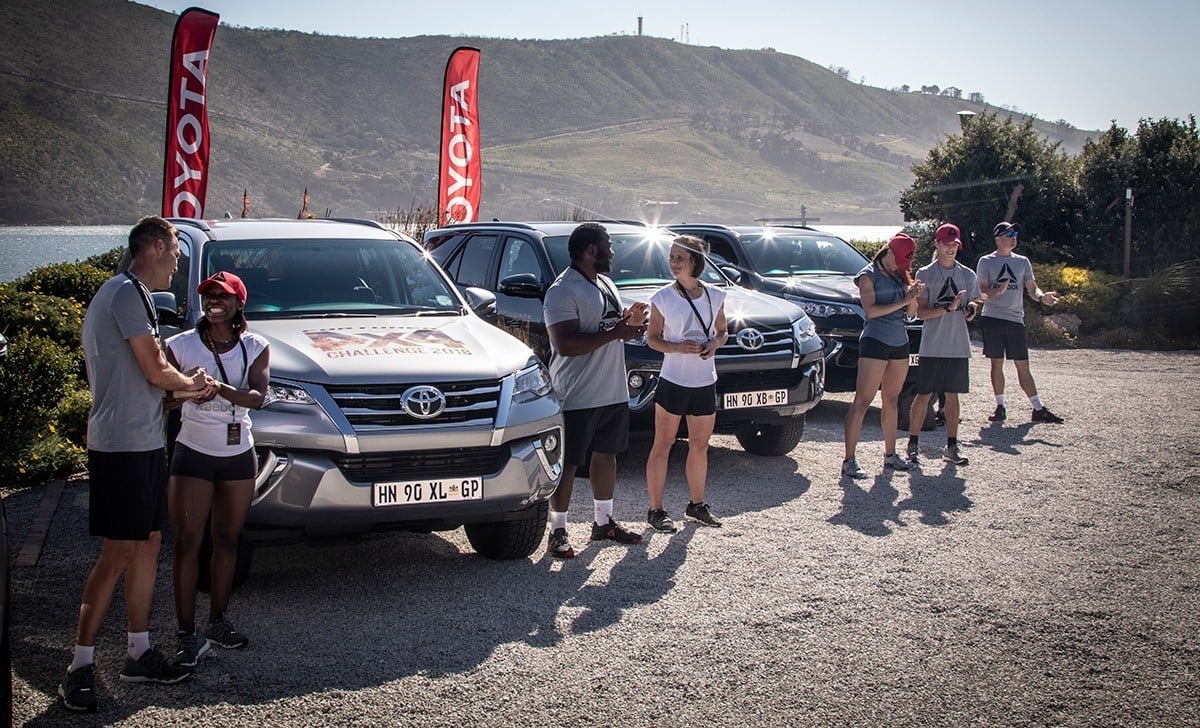 After a well-deserved lunch break, only two tasks remained; The Warrior obstacle course and Mountain Bike Eliminator. Unbelievably after five rounds, no clear winner had emerged and it was really still anyone’s game. After a testing obstacle course set up by the Warrior/Advendurance teams the pairs had to use their Garmin Fenix 5 Plus watches and supplied co-ordinates to find items which would help them construct a platform to cross a marsh pit.

The concluding round was the Mountain Bike sprint, here the heroes were tasked with jacking up their respective Fortuners and removing two ropes under opposing tyres, whist the challengers had to complete as many laps on their bikes in a 15-minute period. 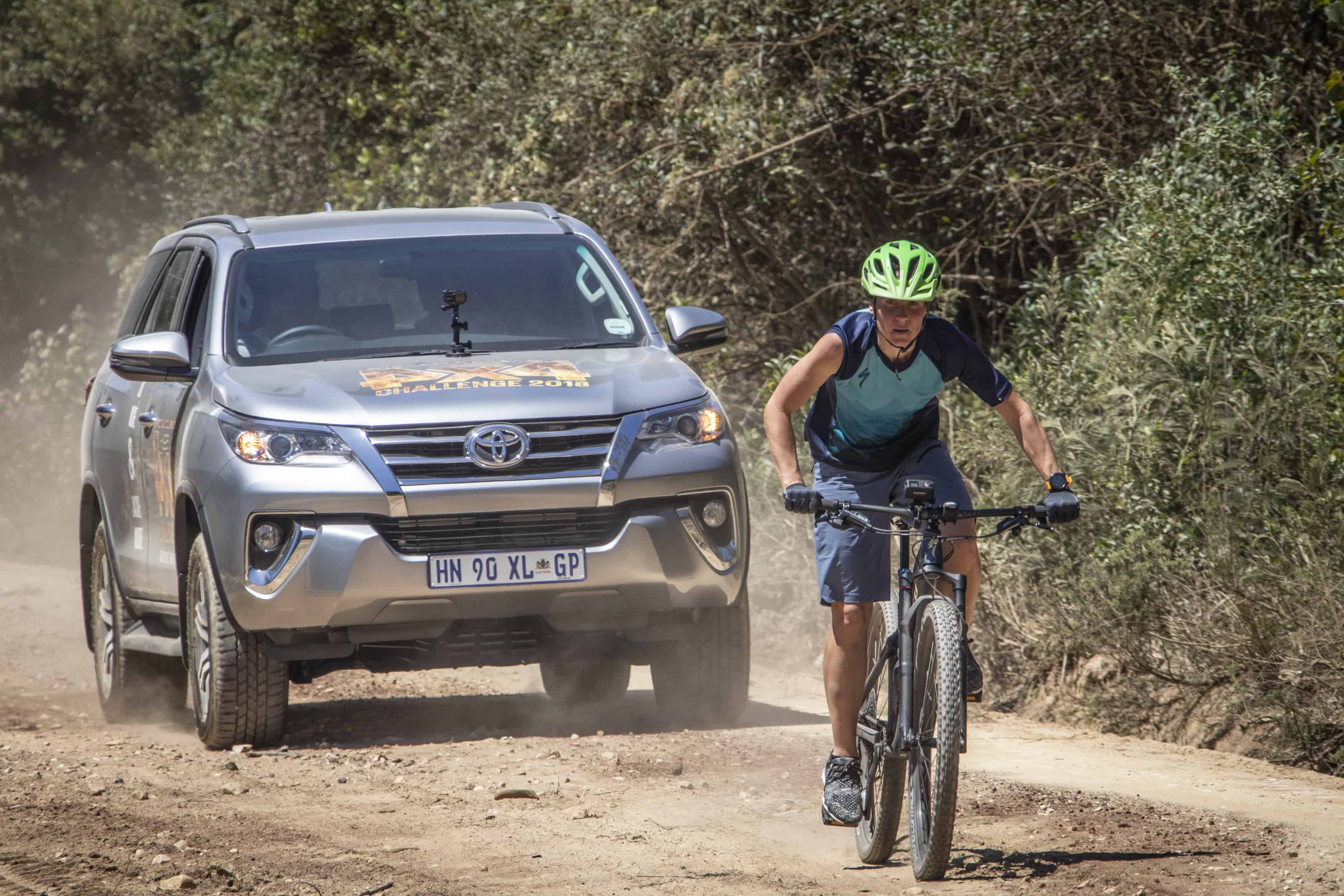 In the end Brandon Hulley (who was teamed up with track-hero Steffi Van Wyk-Brink) was crowned the Fortuner 4×4 Challenge 2018 champion! Strong teamwork and support alongside Brandon’s incredible level of fitness ultimately earned the 19-year-old the keys to a brand new Toyota Fortuner 2.4 GD-6 4×4 6AT. 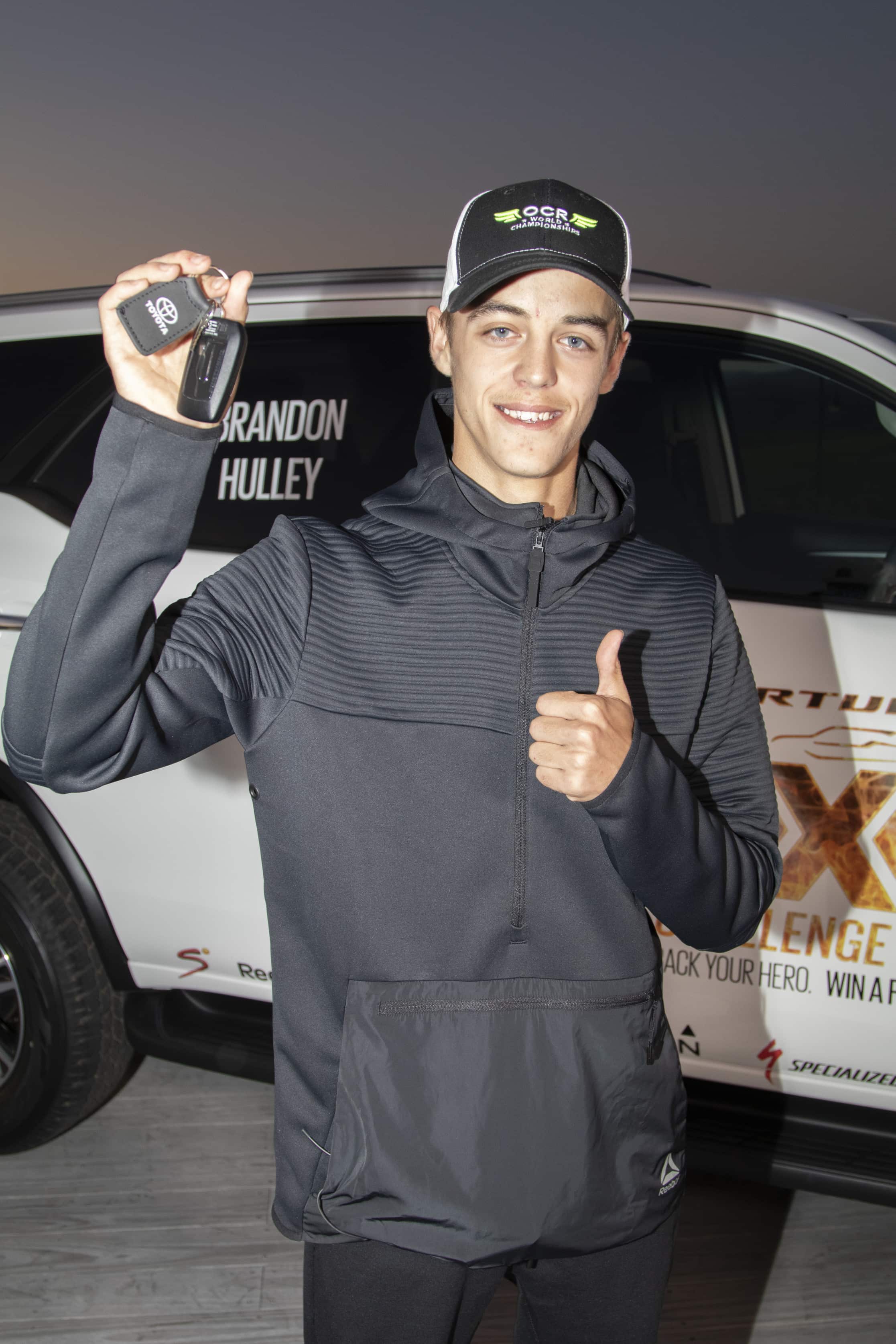 The three runner-ups did not leave empty handed though, as all the contestants received a Specialized Epic Comp mountain bike and cycling gear, Garmin Fenix 5 Plus smartwatch and Reebok apparel to the value of over R60 000!