Heads up, meat lovers: veganism is no longer a diet on the rise, but one that’s firmly ingratiated itself into the mainstream. More and more restaurant menus are incorporating plant-based options, and some are opting not to charge extra for vegan additions like plant-based milk or plant-based cheese.

One company that’s been making lives easier for vegetarians for ages is Fry’s, and we’re beyond excited to have them at Women’s Health LIVE, where we’ll be able to chow oodles of amazing veggie goodness. Here, three truly yummy meals – made with Fry’s – that are actually 100% plant-based. 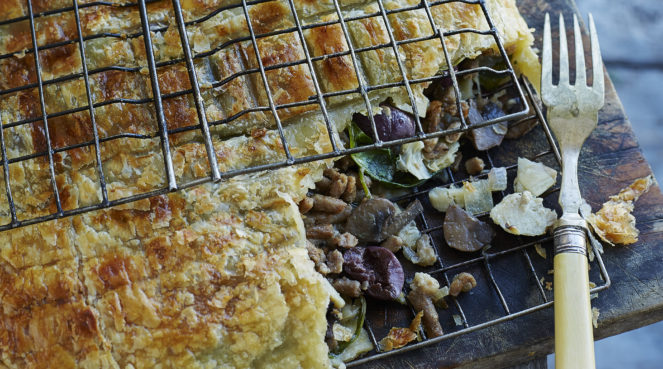 A handful of  fresh thyme

Heat oil in a pan and gently fry the onion until soft. Add some fresh thyme and season with salt and pepper. Once the onions have caramelised, remove from heat and set aside.

Fry mushrooms and garlic in a little oil until the mushrooms begin to soften and brown, then set aside.

In a separate pan, prep the Fry’s Meat-Free Mince with vegan gravy according to the instructions on the pack. Add the tomato paste, and cook for another 5 minutes before setting aside. The mince shouldn’t be too wet. Spray the braai grid with baking spray on both sides.

Unroll one of the rolls of puff pastry onto the grid. Spoon the mince onto the puff pastry and spread this out to create an even layer – leaving a 2cm border around the edges of the pastry. Top with a layer of mushrooms and a layer of onions. Break a few thyme leaves over the ingredients and season with salt and pepper.

Unroll the second layer of puff pastry over the top; fold over the pastry edges and press gently to seal well. Brush the top of the pie with olive oil. Close the grid and braai the pie over medium coals, turning the grid regularly, for 15 minutes or until the pastry is crispy and cooked through. Cut into squares and serve with braaied mealies, a fresh summer salad and a chutney/vegan mayo dipping sauce. Garnish with fresh micro herbs and enjoy! 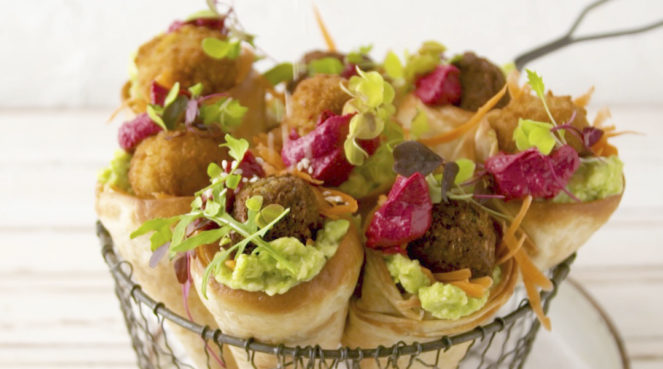 Sesame seeds, grated carrot and a fresh herb to garnish

Cut each of the 3 tortillas in half. For each cone use half a tortilla. Roll the two cut edges around each other, creating a cone. Fold the excess on the inside and press to bond together. Pierce the edges with a toothpick to hold the cone firmly together while baking.

Brush very lightly with olive oil on the outside of each tortilla cone. Place the cones upright in a 6-hole muffin tin.

Place the Fry’s Chickpea & Roasted Butternut Balls and Fry’s Chickpea & Quinoa Falafels on a greased baking tray, spread out evenly and brush with oil. Bake in the oven together with the tortilla cones for 15 minutes until golden and crispy.

Remove both trays from the oven and allow to cool.

Scoop the flesh out of the avo and place in a bowl, add 1 tbsp lemon juice, salt and pepper to taste. Mash well with a fork. 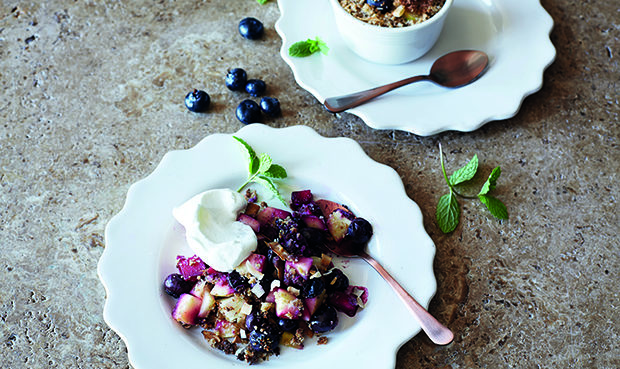 For the Cashew Cream:

To prepare the cashew cream, drain the water from the soaked cashews. In a blender, add the soaked cashews, water, maple syrup, vanilla and salt. Blend on high until smooth and creamy. Adjust to suit your taste buds and desired consistency. Transfer to a sealed container in the fridge and chill for a few hours to thicken.

Move on to the Kasha mixture. Mix the Kasha, maple syrup, desiccated coconut, coconut flakes, coconut oil, vanilla and cinnamon in a bowl. The texture should be fine and slightly crumbly. In a small ramekin, place the diced apple and frozen blueberries in the oven. Pour the Kasha mixture over the fruit. Bake at 185°C for 10 minutes. Serve the Deconstructed Apple and Blueberry Pie with fresh mint and cashew cream.