Lesley-Ann Brandt went from giving birth to rocking a crop top on our April cover in just six months.

When Lesley-Ann Brandt sizzled in a white crop top and leggings at her WH cover shoot earlier this year, her son Kingston, was just six-and-a-half months old. Crazy, right? But those abs didn’t just spring back on their own. Lesley-Ann followed a rigorous training programme, all while shooting the TV show Lucifer (on which she plays ass-kicking demon bounty hunter Maze) and breastfeeding! In her exclusive cover interview, she shares some of her secrets for losing the baby weight fast, without harming herself or her baby.

Lesley-Ann was fortunate not to have complications with her pregnancy or her son’s birth that would have forced her to have a Caesarian section. C-sections these days may be routine ops that are usually over in minutes, but they’re still surgery. You’re left with a wound that has to heal, which could delay your return to exercise. 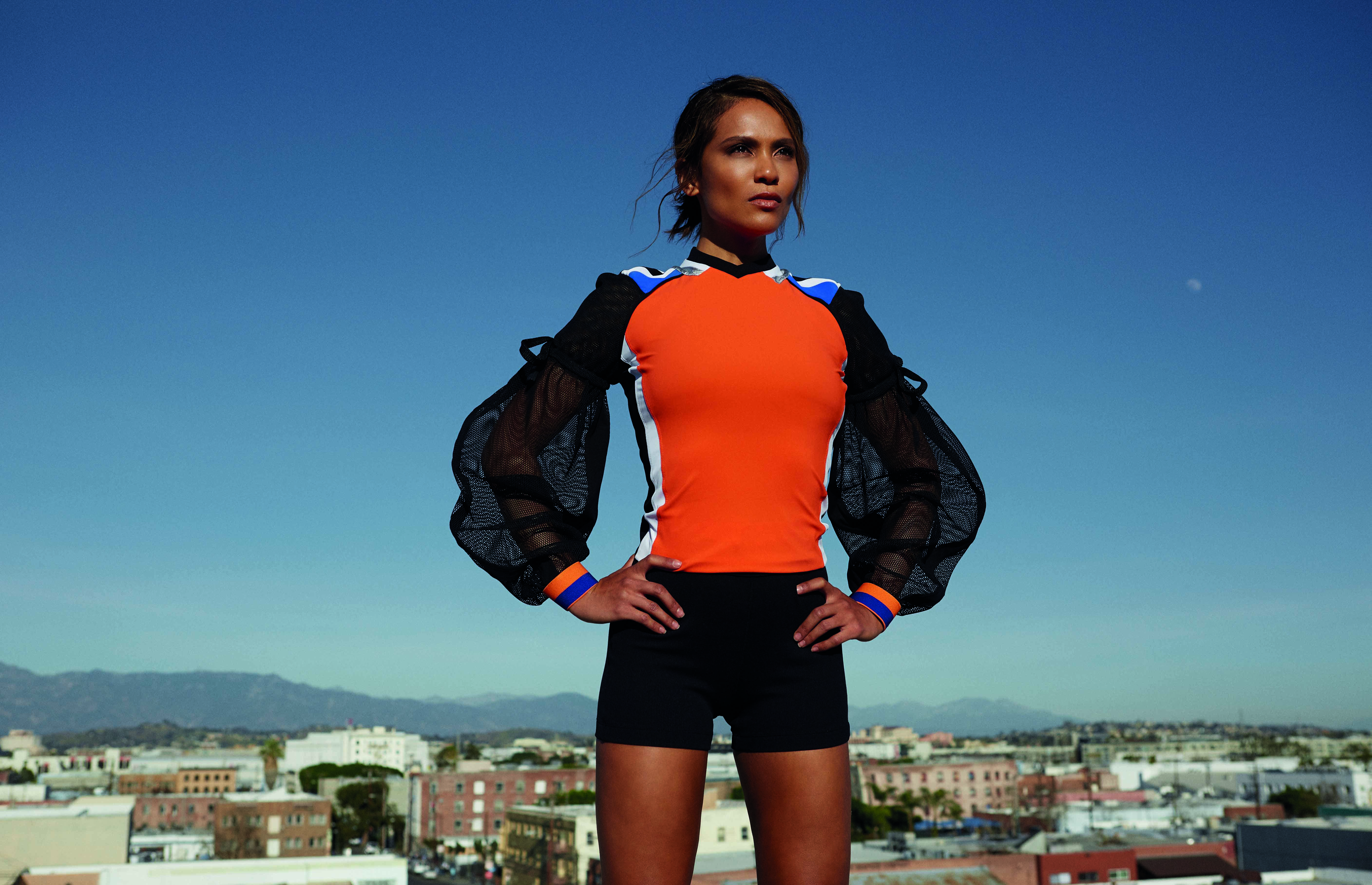 While she acknowledges that not all moms are able to breastfeed their babies, Lesley-Ann is a huge advocate for breastfeeding if you can. “I ate clean, but honestly, the biggest thing of all that helped me was breastfeeding,” she says. “Do it if you can. It can be terribly uncomfortable in the beginning, but it really is so good for baby and you.”

3/ Prime your body in advance

One of the reasons Lesley-Ann was able to return to fitness so quickly is that she’s always been fit – she did sport at school and has exercised regularly ever since. During her pregnancy she kept moving by walking every day, right up until she gave birth. “It wasn’t to keep trim, really, but to keep my uterus strong,” she says. “The by-product, of course, is that you’re staying active.”

Watch this fun video where Lesley-Ann’s trainer Paolo Mascitti asks her our questions.

Lesley-Ann waited six weeks before going back to her trainer, Paolo Mascitti. And she started slow. “Your body is still healing for months after giving birth, so it was important for me to remember that,” she says. She also incorporated hot yoga and Pilates to strengthen her pelvic floor. “That’s essential for new mothers who’ve given birth vaginally,” she says.

Lesley-Ann is careful to point out that her rapid shape-up was for work – she was back in front of the camera before Kingston was two months old. In the first few months after having a baby, you’re pretty much living minute-to-minute. But having something to work towards that was important to her helped Lesley-Ann focus on making time for herself between mom duties.

You can buy your April issue of Women’s Health Magazine, here.