Changing the world one kilometre at a time...

For most people, running one marathon is a lifetime goal. Been there, done that, got the T-shirt. But for Liz Warner, her first marathon just sparked a desire to run more. To elaborate: 30 marathons in 30 different countries before turning 30. That’s a pretty unique bucket list…

But why? I had to hear the back story. Meet Liz Warner, born and raised in Atlanta but currently living in Paris. She enjoys cooking, listening to podcasts and dancing in the kitchen with her husband. And obvs, she’s pretty keen on running. A lot.

“I quickly became addicted to running marathons after my first in 2013,” Liz begins. “I’ve continued to run around one or two per year since.” But when it comes to goal setting, and this goal in particular – that happened around six months ago. 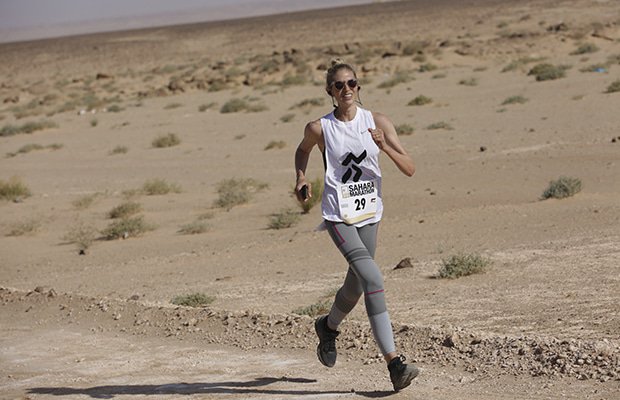 “I was at a point of transition and deep reflection in my life,” Liz continues. “You could call it a very mild existential crisis. I felt eager to dive into some kind of high-wattage, mind-expanding, soul-enriching adventure that would change my life forever.” Is it just me or do we all know what she’s talking about? The urge to do something crazy.

However, for Liz, it had to be something that would change the world for the better. “It needed to impact the world outside my own personal bubble and inspire others to show them that, in my own capacity as an individual, we all have the power to change the world.” To do this, she wanted to involve her two loves: running and travelling the world. Flash forward to 2019 and your girl is doing just that. In fact, she’s on her way to Cape Town now for the Two Oceans Marathon.

“When I’m not on the road travelling, I try to log in around 100km per week,” says Liz. Wow. “And I do stretch religiously, at least 30 minutes per day.” And to add a little balance, she does some cross-training. Namely, Pilates and yoga. “I don’t actually wear a watch!” She admits. “I feel it takes away from the ‘centring’, meditative effect running has on me.” But she does usually get a sub4. When it comes to gear she “usually switches shoes every 800km, so every three to four months.” I mean, she’s covered almost 1 000km since the beginning of the year. 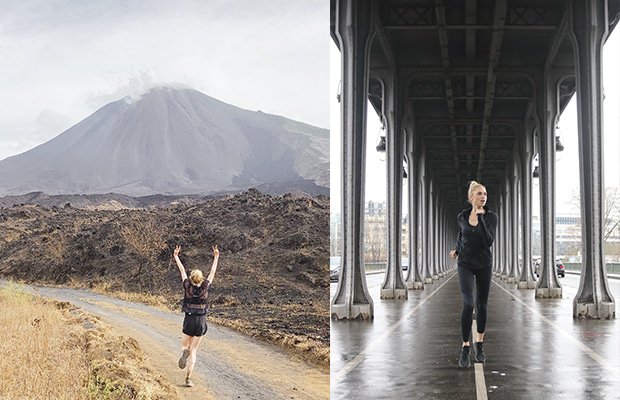 “I don’t think I actually fully comprehended the scale of this project when I first started,” Liz adds, “or just how much planning and organisation it would take.” That being said, she’s loved every minute of it. “No matter the outcome, if I make it or not, it has been an incredible learning experience and I feel so fortunate to be embarking on each crazy adventure along the way.”

READ MORE: 10 Things You Should Know Before Running Your First Marathon

Of course, there have been many crazy adventures. This challenge has taken Liz all over the world! Each marathon has its own story. “And each one holds a dear place in my heart,” she says. “But I think the Bagen Temple Marathon in Myanmar is definitely one of my most memorable races. It felt completely surreal to be running amongst two-thousand-year-old temple pagodas scattered along the route.”

How is this changing the world though? Let me tell you. Liz has partnered with one local organisation in each of the final 20 countries she’s running in: 20 charities in 20 countries. “The goal is to raise $100 000 in total by the end of the campaign,” Liz explains. “Most of the partnered NGOs in my Run to Reach campaign have a focus in launching women empowerment programmes in the region, supplying women with the relevant resources to become powerful individuals.”

It’s easy to get involved. You can follow all of Liz’s activity on her Instagram page @runtoreach. “If you’re interested in sponsoring a cause,” she adds, “visit my donation page www.fundly.com/runtoreach.” This campaign is about so much more than simply (well, not that simple) running 30 marathons. It’s about raising awareness, bringing issues into the spotlight and making a change. Because one person with enough drive and courage can make all the difference in the world. 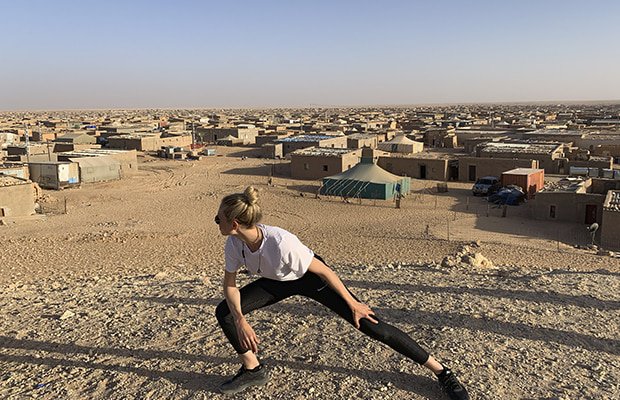 “Two Oceans Marathon will be number 14 on my list and also my first ultra-marathon,” Liz exclaims. This extra distance will make for a completely new experience, plus the beautiful Cape Town route. “I’ve been told that the incredible views along the ocean distract from any physical pain during the race,” she adds. And she’s quite right. “It will also be my first time in South Africa and I couldn’t be more excited to experience the vibrant culture and genuine warmth of the South African people.” Don’t you love her already?

READ MORE: “I Ran A 180km Trail Event Across A Desert — This Is What It Was Like”

Liz was born to run. “I feel as if it was always something I was ‘meant’ to discover and continue doing for the rest of my life,” she says. “For me, running has become synonymous with feeling; something I now eat, sleep and live.” It’s also Liz’s doorway into different cultures, the way that she experiences the world. That being said, even this marathon machine needs to prep before races. Here are her tips…

Tip 1: Get a good night’s rest two days before the race. You can never count on a lot of sleep the night before you race because of early start times. (And nerves.)

Tip 2: Fuel up! Liz’s go-to marathon meal is a massive cup of coffee and oats. “I usually bring a few gels with me for during the marathon, but I also get really excited to see the different types of snacks handed out during the race as each country has something specific.” Hot cross buns anyone?