Here’s What It’s Like To Wear A Fitness Band All. The. Time.

Here's What It's Like To Wear A Fitness Band All. The. Time.

“There was nothing more satisfying than seeing those celebratory explosions on the app when you reach your goals.”

If you’ve ever wondered if it’s worth it to drop the dough for a fitness band but also didn’t want TMI on your wrist all the time, you may want to invest in a Fitbit Flex 2. WH staffer Michelle October tested it, and here’s what she learnt.

The Fitbit Flex 2 is a fitness wristband that tracks your steps and auto tracks other activities, like running or swimming and sleeping. What makes it pretty neat is that it’s the first swim-proof band they’ve made, so you can hop into the ocean without stressing about ruining it.

It’s also got three interchangeable wearables, so if you’re not into wearing a rubber band all day, everyday, there’s a stylish silver bracelet and a silver necklace that allows you to pop the tiny tracker (it’s the size of a large pill) into a cage, where it rests inconspicuously. 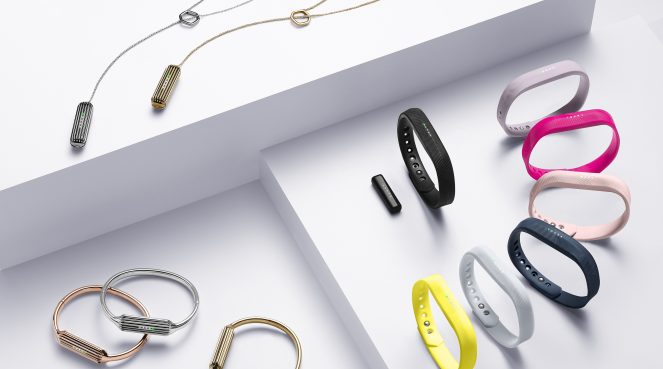 READ MORE: 5 Reasons Why You Should Track Your Workout

The device has “move alerts”, with a pink-coloured light that beeps every hour to remind you to move. Double-tapping the device shows you how much you need to still move that day, and it vibrates with a red light when it needs to charge.

Overall, it’s much less invasive than a regular tracker that has a detailed interface with alerts you need to actually read; the Flex 2 lets you be active without making you look at the machine every two seconds.

It’s an all-round fitness tracker, that lets you wear a device that’s light (seriously, it’s so tiny) but still powerful enough to know when you’re sleeping, walking or running to catch the train. The app on your smartphone syncs the data from your Flex so you can check everything in one go.

It’s perfect for minimalist people who want to keep track of everything but don’t necessarily want a fully interfaced watch.

READ MORE: 3 Major Things Your Resting Heart Rate Can Tell You About Your Health

The Lowdown On My Experience

I was super excited about the idea of having a Fitbit that’s waterproof. As a lifeguard, I’m always in the water and it really sucks not being able to track those watery kilojoules burned – and sometimes training sessions (in and out the water) last as long as five hours!

But when I logged in to view my stats after my first session, I realised that the tracker only logged my steps taken – and didn’t register my activity as a workout. That could be because there was a lot of stop-and-starts, but mostly because there isn’t a heart rate monitor built into the Flex. This means that any workout involving a raised heart rate but not necessarily lots of movement, like strength training, or in my case, beach training, wouldn’t register on the device. Bummer.

READ MORE: ‘I Got A Fitness Tracker — Here’s What Happened’

Once I’d accepted that it wasn’t going to give me that data, I could get more from it. For example, a brisk walk to the library at lunchtime yields significant step points and active minutes. I’d often wake up from a night out and see I’d taken way more steps than I’d taken during the day. Who says going clubbing isn’t a workout? And there was nothing more satisfying than seeing those celebratory explosions on the app when you reach your goals.

I also started taking my sleep more seriously. After a bad night’s sleep, graph data showed me how restless I was, and pink markings on the graph even told me when I’d been awake. The lower the hours I logged a night, the more crappy I felt, and I started being more cognisant of when to get to bed – and actually sleep, not just scroll through Insta.

I also partnered up with my colleague and desk mate Wanita, who I could walk around the office with to get more steps. This way, we could be more accountable, and not just look like lost sheep lingering around the water cooler. Over all, this device is perfect if you’re into cardio but not a gym rat: you’d get much more from it if you’re actually walking or running or moving towards a spot, rather than staying in one place.

The Fitbit flex 2 costs R1899 and comes with a fitness band. Other accessories are sold separately.