"From Going Pantyless To Using Slime, Here Are Five Things I've Learnt Since I Started Cycling"

I’m not a cyclist. I have a distinct memory of my mom removing my training wheels and sending me off along the road while tears streamed down my face. I don’t remember if I actually fell or not, but that fear of falling lingers… And, because it’s time to leave basic pedals behind and move into the world of cleats (I just got the Shimano 520 MTB pedals and Olympic Ginia Tread MTB shoes), I anticipate more tears (from fear and falling) soon.

I’ve been doing endurance running for a while now and wanted to try something completely different for this year’s #WHGetsFit challenge. Initially, the idea of getting a bike was sparked by the whimsical fantasy of cycling to work — all environmentally friendly with cute basket in tow. I then spent a month researching the difference between road bikes and mountain bikes and had to realistically consider whether doing something like the Cape Town Cycle Tour (on road) or Karoo2Coast (on trails) appealed to me more. In the end I decided to go for a hardtail mountain bike because I could ride it both off- and on-road, while the thin tyres of a road bike aren’t that versatile.

READ MORE: Here’s How You Can Join The #WHGetsFit Challenge This Winter

Entering a cycling shop is like going bra shopping for the first time. You feel excited, but you have no clue what you’re looking for, never mind how something should fit or feel. The major factor to consider is cost. Bikes range from around R5k to beyond R150k… After a lot of help and guidance, I invested in the LIV Tempt 2 2017 (R12 300). “You can always upgrade later if you really get into it,” I was told. Meanwhile I was thinking “This is the most I can afford — and the end of my savings”. It’s a beautiful, big and bad-ass bike and the more I ride it, the more I love it.

I’ve decided to track my journey into this two-wheeled world and while there’s plenty to learn, here are the first five odd and interesting things I discovered as a beginner cyclist:

I thought the guys at LIV were asking about my clothing size, which is a small, but they kept looking at me, murmuring “medium”. “How every dare they,” I thought, as I pinched my post-December-holiday blobbies. But, yes, bikes come in sizes and I am a medium. Your arm span indicates your reach and your inside leg measurement will determine your stand over height — the difference between the top tube (the horizontal pole that connects your handlebars to your seat) of the bike and your crotch (at least 5cm). If your bike is too large for you, it could throw you off balance – not something you want to think about when you’re already navigating hairpin gravel turns.

READ MORE: Exactly How To Find The Right Exercise For Your Goals 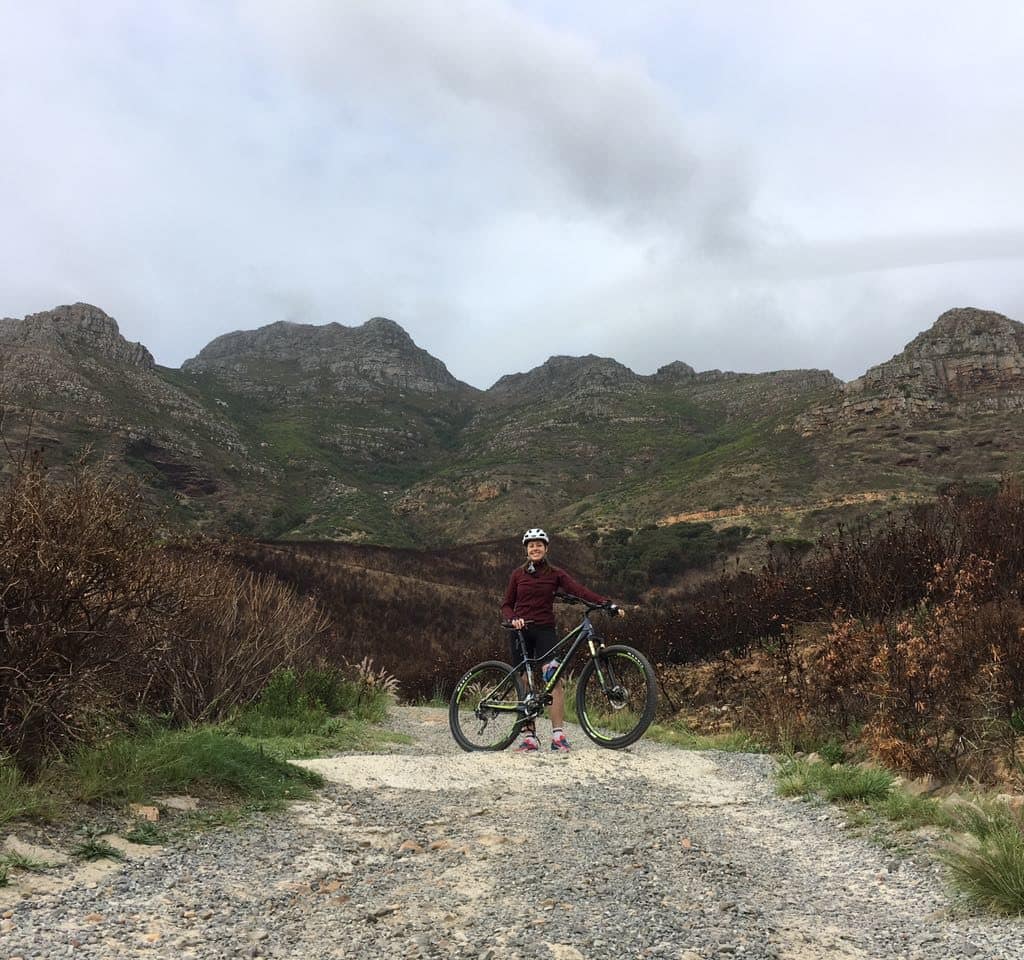 2/ There are female-specific bikes.

Did you know that on average women have longer legs and shorter torsos than men of the same height? So, generally, female-specific bikes have a shorter top tube with narrower handlebars and female-specific saddles. LIV is the first cycling brand to be completely dedicated to designing and making bikes for women. While we can certainly ride men’s bikes if we wish, studies have shown that differences in anatomy will lead to less efficiency and discomfort. Our difference in torso-to-leg ratio means that when we ride men’s bikes, we generally bend too far over the bike, over-stretching with an extreme armpit angle. No thanks! Especially after days of racing.

Imagine compression tights with a nappy — that’s what cycling tights (aka bib shorts) feel like. But, believe me, they save your butt! When I head out for rides, they’re usually three to four hours long over bumpy terrain — that’s a long time to be grinding that hard little seat. Bib shorts are specifically designed to be worn without underwear. The pads are made with anti-bacterial sweat-wicking material. Plus wearing underwear will add to the risk of chafing.

4/ Why you should slime your tubes

Sliming up is really important if you’re going off-road. If you have tubes like me, it’s essential to get slime inserted to prevent flats. How it works: the slime coats the inside of the tyre within the tread area so if you get a puncture, the slime will then form a flexible ‘plug’ where the air would otherwise escape. Most cycling stores can do this for you and it costs between R100-R150. 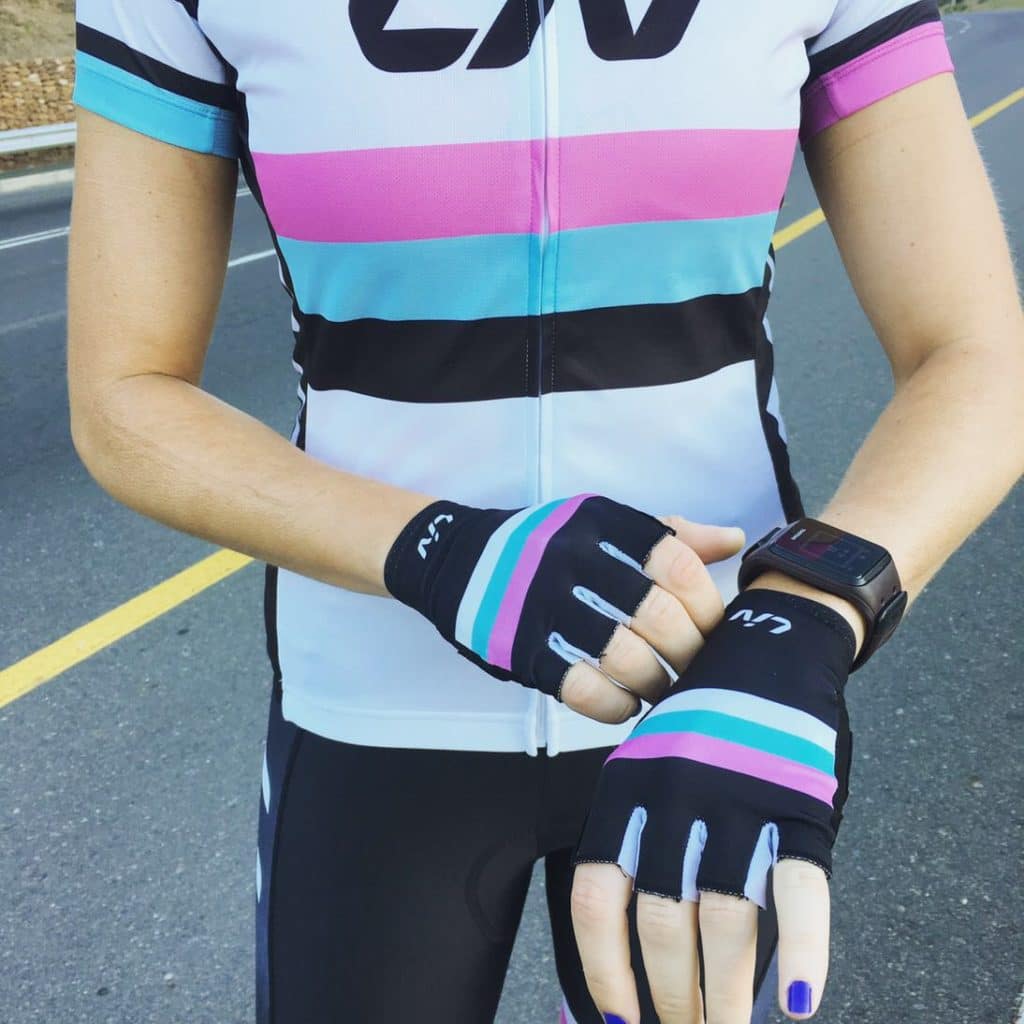 The first time I went off-road, my boyfriend and I explored the drought-stricken Table Mountain trails and after three hours of scary downhill paths and loose stones, we decided we’d had enough. It was only when I was heading down a steep tar road with a right turn that I fell over the front of my bike, hurting my left leg pretty badly. Nothing long-term, but I got such a fright I started crying. And it was F**king sore. I now know exactly what I did wrong. I realised I was going too fast, while trying to signal my turn to oncoming traffic (lifting my right arm) and I pressed too hard on my front-wheel brake to try slow down, resulting in my topple. In hindsight, I fell pretty well — my gloves saved my palms as I caught my upper body from hitting the tarmac, leaving me fairly unscathed. Never leave the gloves at home! 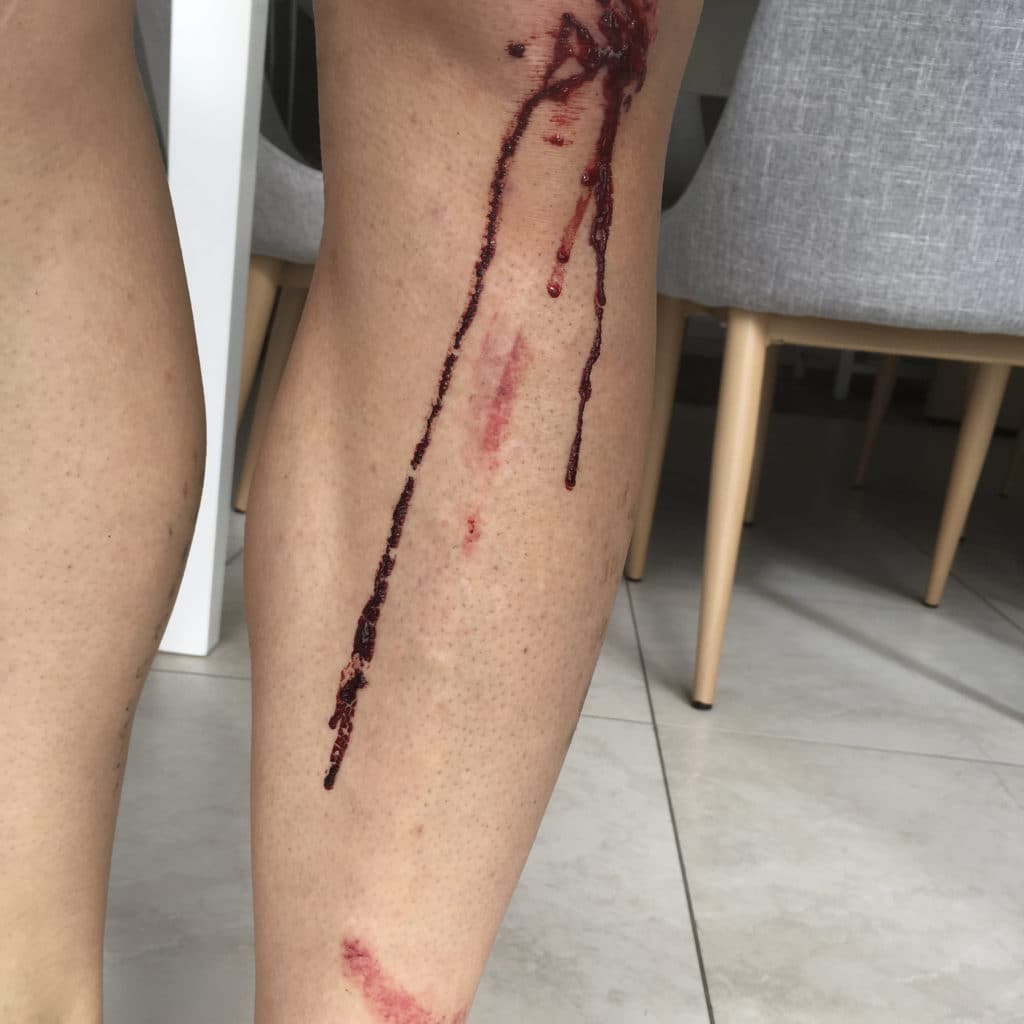 Want to keep up with me? Follow my journey over on Instagram and come hit the trails.