6 Strong South African Sportswomen Who Seriously Inspired Us This Week

These feats of strength had us totally in awe...

Women’s month might be over, but here at Women’s Health we celebrate women — like these incredible home-grown sportswomen — all year round.

You see, we understand that it takes more than a month to celebrate all these epic overachievers at local, national and international level. We couldn’t fit them all in one article obvs, but we’re extra inspired by these six strong sportswomen this week…

Super stoked to be the newest addition to the @baselineskateshop team! 😁🔥🔥 📷 @grant_mclachlan

READ MORE: 7 Trainers On The Gram Who Will Actually Get Your Butt Off The Couch

Ultra-Trail du Mont-Blanc is one of the most prestigious trail races on the international circuit. Naomi Brand not only finished the 171.6km race — she was the 15th woman across the line, coming 120th overall out of over 2 500+ runners. It’s the best any South African competitor has ever done. Her average pace for her 30 hours, 19 minutes, 48 seconds race was 5.7km/h, which is, um, insanely fast.

| F I N | Finished. UTMB 2019, and my legs. . I’ve been battling for 8 hours on my flight to Dubai to come up with some profound life-changing words, but in all honesty my overtired brain can’t find a way to explain the experience just yet. . All I know is, this one was hands-down my hardest *run up to date. (Don’t let the word ‘run’ fool you- UTMB is basically just vertical powerwalking, and scrambling down, with VERY little running inbetween 😂). The competition, the terrain, the distance, and most of all- the nonstop battle with unbearable pain in my knees & quads, nausea and dizziness, for 30 hours straight made it harder than anything I’d ever done before. . At the same time it’s also been one of the most amazing experiences of my life. I cried so many times- at the startline; when the sun came up over Mt Blanc on Saturday; when I saw the finishline; and a hundred times inbetween. My eyes well up with tears just thinking about it now. I don’t know how or why I got to be so blessed, and it’s left me a ‘fuller’, better person. (Albeit a trainwrecked one 😂 ) It also left me hungry for more. (And also just really really hungry.) . Another thing I realized with this race more than ever, is that ultra running is a team effort. There is NO WAY that I could have finished this race without all the love and support I received. No one will ever know just how much it means. THANK you to everyone who made this race possible, and so incredibly special. Thank you @flatrockendurance for literally being my lifeline; @xavierbriel for being my rock; family, friends and fellow Saffas cheering me on from home (even staying up till 1am to see me finish😱). The messages, posts, stories, VN’s, prayers- you had me in tears again afterwards when I switched on my phone. Thank you to my sponsors @altrarunningza @ultimatedirectionza @tailwindnutritionsa @spotafrica @squirrels_nut_butter_sa and @patagonia_trailrunning for believing in me. And to God above who carried me to the mountain tops, and back down to safety on useless legs. 171km. 30:19hours. 15th women. 120th overall. Grateful. 📷 @roryscheffer #myutmb #utmbtop20 #ultratrailrunner #100miler

The 9 Peaks Challenge involves the ascent of the highest point of each province in SA. Sportswomen Alda and Tumi set a goal of climbing SA’s nine peaks in August this year – covering 141km of hiking, 7 888m of vertical ascent and 5 298km of driving – and they were the first women-only team to do it in 8 days, 19 hours and 12 minutes. 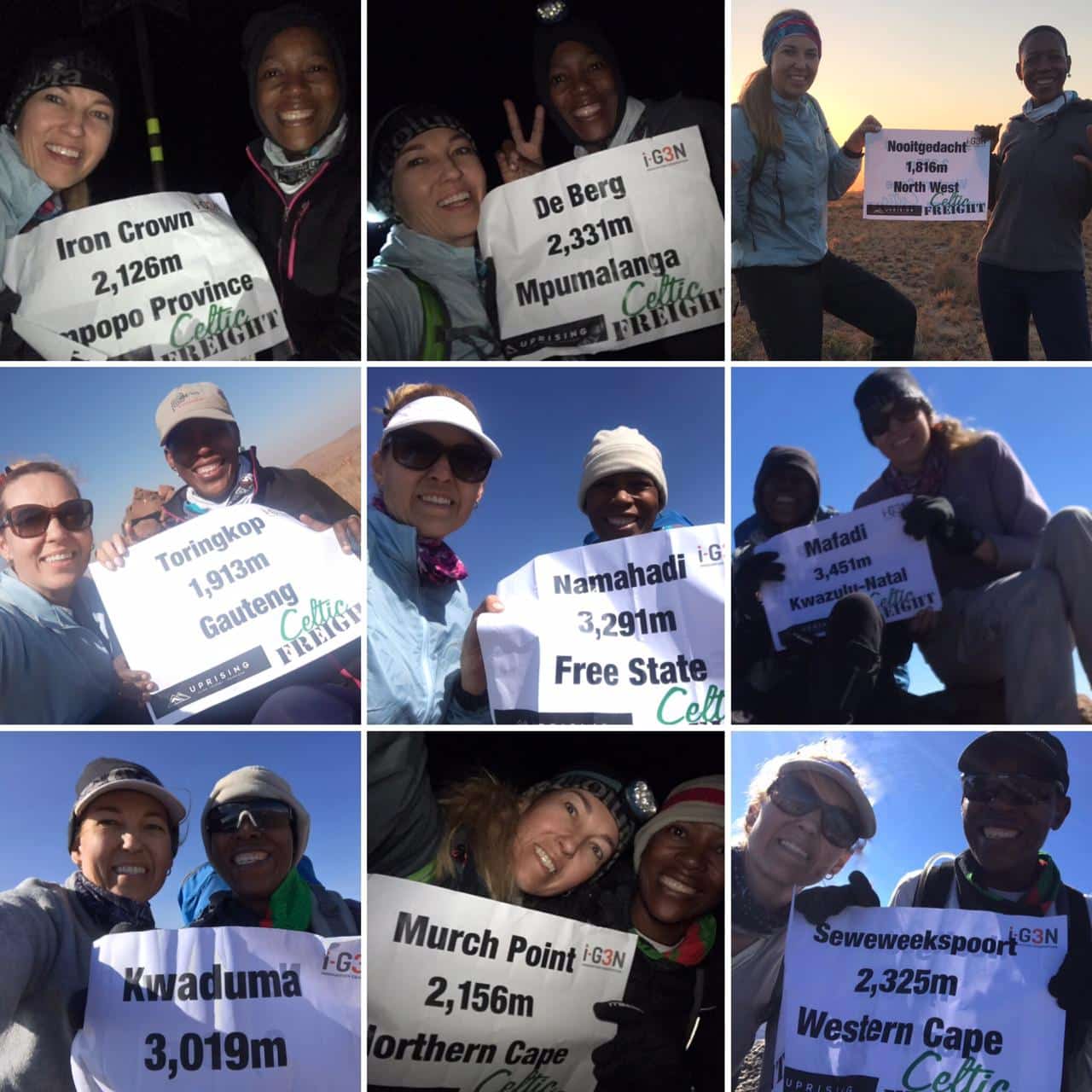 Through Bongiwe’s leadership, the netball national team beat Jamaica, which is ranked second in the world. The South African national netball team, passionately known as the SPAR Proteas, is ranked fifth in the world, have featured in eight World Cups to date.

Today, I feel really blessed to say I effortlessly loved this team from day one and really proud to be part of such an amazing @waspsnetball family ❤🙌🏾. Would have been great to get the gold again but super proud of my team and well done to MT🙌🏾!!! Now to relax and enjoy the couple of days with the lovely ‘BONDS’, still HAVEN’T figured the best way to say the goodbyes… ‘if somebody could help please’😐! Thank you so much to everyone that’s has been supportive throughout, you all really make it easy for me to love what I do 🙌🏾❤. 📷@clive.jonespr @waspsnetball 💛🐝 @katyc2 @rosemary.bond @bmnetball

In 2015 Thembi launched the Thembi Kgatlana Football Tournament to empower youth in her birthplace of Mohlakeng in Randfontein, near Joburg. Thembi joined SA’s women’s national football team in 2016. Then in February 2019 she signed with Beijing BG Phoenix F.C. in the Chinese Women’s Super League. Over and above making major moves, she was also voted Confederation of African Football (CAF) female player of the year 2019. And she’s only 23…

These sportswomen are giving us all the admiration feels. And this is just a handful of sportswomen out of all the SA athletes we’re obsessing over this week…