When the wheels fall off...

Photography by Unsplash and oakpics.co.za

I am not a triathlete by any means. But I was in the area and I had been invited to take part in the brand spanking new event, the Kurland Forest Triathlon. So why not? No wetsuit, no swimming cap, very little prep, but spontaneity is the way in life. So I gave this a go and the result was definitely not what I expected…

First up, what a venue. If you haven’t been to Kurland in Plettenberg Bay before, you’re missing a treat. These manicured polo grounds and classic buildings surrounded by stunning horses conjure up images of scone picnics (with vino of course). The day dawned and it was a beauty, ideal conditions for a wetsuit-less swim. I arrived early with plenty of time to get my gear locked and loaded before the briefing. The odds were in my favour as the start time was a late one with plenty of time for the temperature to get toasty. The swim section of the triathlon wouldn’t be too bad, or so I thought. 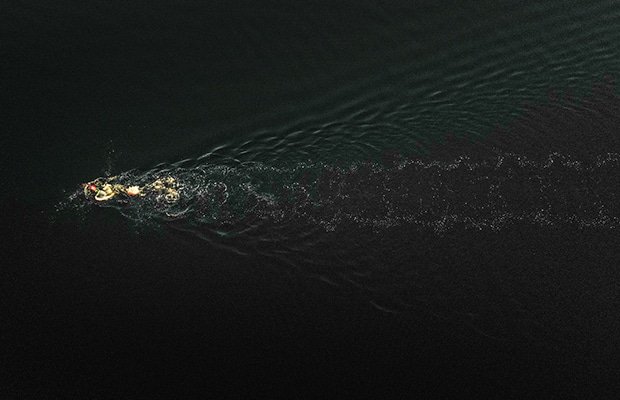 We headed to the dam that was absolutely picturesque. Surrounded by glossy horses and bedecked in water lilies. However, after dipping a tentative toe in and having come close to frostbite, I knew that the swim was not going to be as pleasant as the scene before me. The girl standing next to me, a German exchange student aged 16, confirmed that she was also swimming without a wetsuit. She was wearing a skort and a shirt. Now that’s hardcore! I thought to myself, if she’s swimming it, I’m swimming it. No backing out now.

READ MORE: 10 Things You Need To Know Before You Start Triathlon

It was a wet start so into the water we scrambled. My body screamed in protest as the icy water numbed my skin. But refreshing, to say the least. And we were off. An easy 400m, totally doable. But my frozen lungs were having a little trouble doing their job. Ok fine I can’t blame the water for all of it, I’m useless at swimming due to my last swimming training being in primary school. Eish, I struggled. I opted for breaststroke for most of the way. Needless to say, I was one of the last people getting out of the water. I stumbled on numb legs to the transition — still smiling though, I might add.

Get On Your Bike And Ride

And not the usual terrain for a triathlon, but mountain biking territory. Just my cup of tea. I headed out confidently, hoping to at least catch a few of the girls on the trails. Almost immediately we hit single tracks and stunning indigenous forest. I was in my element. Even 3kms of uphill couldn’t slow me down. I was having a great ride, probably fueled by the refreshing swim. I caught up with athletes in the first few kays. As we approached some downhill singles, I realised I was passing some of the first girls I’d seen getting out the water. Fancy that. Nothing could stop me now, except for the fact that my bike gave up on me. 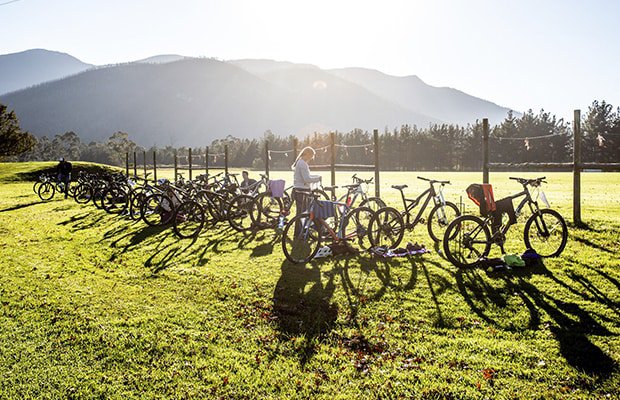 Side note: I ride my bike hard. My poor Scott definitely does not get the love and care he deserves and definitely not enough services. There is never a point in time that everything works on my bike. He’s old and has seen better days. Retirement is in the books for sure so it shouldn’t have really come as a shock when the back wheel came off. While I was riding. Up a steep hill. Not a problem mate.

READ MORE: 6 Amazing Triathlons That Are Perfect For Newbies

I got off, flipped the bike and tried to rectify the situation. Definitely a mess but I managed to jam the wheel back in and clamp it in a semi-rideable fix. It would hold until transition at least (I hoped). Obvs a few people had passed me while I’d been down and dirty with Scotty. I jumped on and tried to ride but the gears and chain wouldn’t behave. Alas, the ride became a run. I managed to freewheel down one of the singletrack sections and along with a sidelong jog, I made it back to transition. A lekker warm up for the running leg.

Off with the cycling shoes and on with my trusty Inov-8s. Time to catch em on the trails, again. Still smiling might I add. In such a beautiful area, on such incredible trails, you can’t help but be happy. Onward, a quick 4,5km and then the triathlon is done. I set off at quite lick, the thought of the finish line spurring me on. 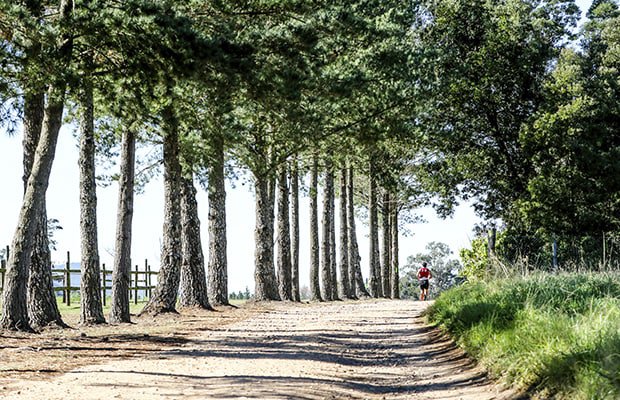 I passed a few people again. We crossed a polo field, back into the forest, past a manor house and another dam. Wow, wow, wow. Location on point. And before I knew it, the finish line was ahead of me. I came in grinning. What an epic race. And then the biggest surprise of the day (over and above the dislocating wheel), I had come first overall in the short course Kurland Forest Triathlon. Say what?! The cherry on top of an absolute peach of a day. In fact, a whole fruit salad of happiness.

My prize? An entry to the Warm Water Weekend triathlon. So guess who’s adding swimming training to her schedule? Yours truly. And possibly a wetsuit to the shopping list.