It's never too late to try something new.

If this new year hasn’t given you the inspo for new goals just yet, why not try something completely outside your comfort zone? Don’t give anything the side-eye because you think you’re not up to it. Irma Sparks destroyed the myth that you can be too old to try new sports. In 2016, at age 51, she decided to level up her fitness goals for the year and take part in her first Obstacle Course Race (OCR). Two years later, she’s qualified for the OCR World Champs, among many other achievements. Here’s her story…

“I’ve always been a sporty person,” Irma begins. “Someone who enjoys an active lifestyle, but by no means on a competitive level. Running is my go-to form of training and 26 years ago I became a personal trainer in Cape Town.” But in 2016, it was time for a challenge, something new. “I saw an advert for an Obstacle Course Race at a local wine farm and thought, that’s what I want to do.”

READ MORE: A Definitive Guide On How To Actually Train For An Obstacle Race

After her first OCR in 2016, Irma competed in every local race she could find. She was hooked and even adjusted her training programme to add in more functional strength training, including hanging and swinging.

“In the beginning of 2017, a competitive over-40s OCR category was opened,” Irma continues, “and I reached the podium four times!” It was then that she realised racing competitively was something she enjoyed. Irma decided 2018 would be a year of pushing the boundaries. And so began the journey to Spartan… 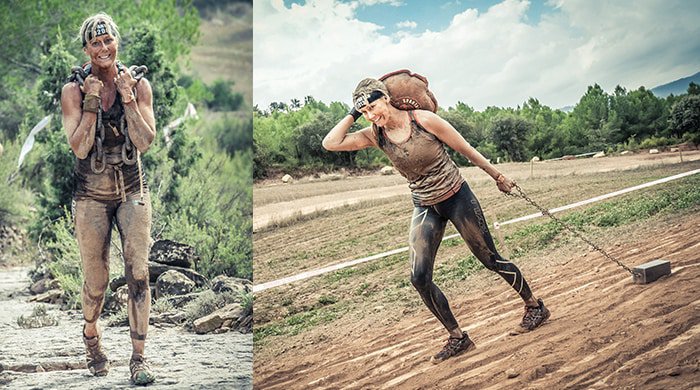 “I entered the international franchise, Spartan Race. I chose to race in Spain because of the favourable weather conditions,” Irma says. The Madrid Spartan Race is held in May and stretches over two days. “Day 1 was the Spartan Super Race (13-16km with 25+ obstacles) and Day 2 is the Spartan Sprint Race (5-8km with 20+ obstacles),” she adds. A lot of prep work and training went in before race day.

READ MORE: How To Train For An Obstacle Race

“I covered around 1 100km on various terrains to increase my ability to compete in much longer races,” says Irma, and the hard work paid off, with Irma coming first in the 50+ group in two events before heading across to Spain.

With D-day quickly approaching, Irma’s Spartan goal consumed her: “It was the first thing I’d think about when I woke up in the morning, and the last thing I’d read [about] or plan before I went to sleep.”

READ MORE: Here’s What You Need To Know Before Buying Your First Trail Shoes

Race time. “Aged 53, I was lined up in unknown territory, to do an unfamiliar race with a bunch of unknown people at Spartan Madrid,” Irma says. Was she nervous? For sure. “I was doubtful, but I ended up with more than just conquering a new race format.” Irma finished in first place in her age category in both races that weekend. Plus, she made Spartan friends for life. It was a great weekend for sure, but Irma wanted more… 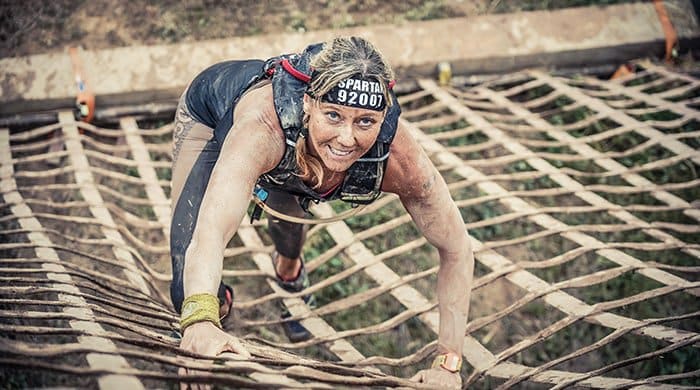 “Spartan has a special ‘Trifecta Award’ for people who complete all three of the distances in one calendar year,” Irma continues. The Spartan Sprint, Spartan Super and Spartan Beast (20km+ with 30+ obstacles). It just so happens that the Spartan Barcelona Race Weekend is one of the few opportunities in the year where all of the three distances can be completed in one weekend.

“Out of the 8 000 people who entered across the three distances for Spartan Barcelona Race weekend, only 325 entered into all three,” Irma continues. “Only 35 were women and I was one of them.”

Day 1 turned out to be 25km of brutal terrain. “It was no doubt the hardest thing I’ve ever done,” Irma admits. “Physically and mentally.” She crossed the line in 4th place, a little disappointed with her result but knowing she couldn’t have pushed harder.

Come Day 2, Irma was ready and waiting. She managed a 2nd place in her category for the Spartan Super. “I had just enough time to receive my medal, rest for an hour and then it was the start of the Spartan Sprint race.” She crossed the line absolutely broken but incredibly happy with her accomplishment. “I finished my season as the number one ranked 50+ female in the Spartan Spanish National Series.” 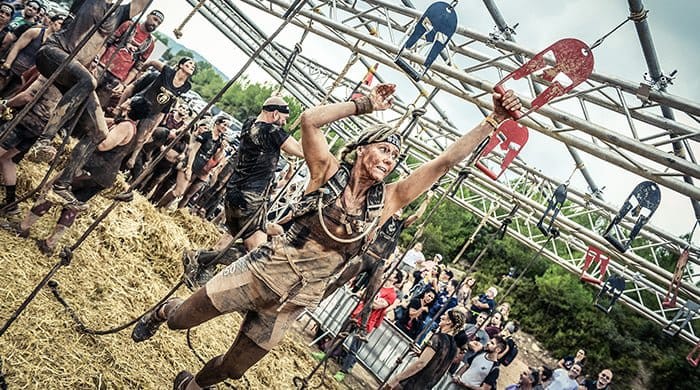 The biggest lesson: you are never too old to try something new. Plus, you are far more capable than you think and stronger than you’ll ever know! Don’t think about failing, there’s no such thing – only a lack of trying. Get out of your comfort zone. That’s where the magic happens.

READ MORE: “Discovering Fitness Helped Me Achieve My Goals Despite The Odds”

When it comes to goals: the body will always follow where the mind takes it. Start with an idea, a dream, a goal. Give it a deadline and make it real. Victory is not all about podium positions – it’s more about overcoming your own obstacles. Achieving personal goals (no matter how big or small) is empowering. It will change your whole outlook on life.

Irma is fully committed to this new OCR lifestyle. As of this year, she’s even a brand ambassador for the Spartan Global Brand. “I’m currently preparing to compete in the Spartan Beast (50+ age group) at the Spartan Middle East and Africa Championship 2019 in Dubai on 15 February,” she adds, when asked about this year’s goals.

READ MORE: How Motorcross Racer Dayna Nienaber Holds Her Own In A Male-Dominated Space

But she will also be competing on home ground on 19 May 2019. She’s sent an open invite to all Women’s Health readers to join her at the Golden Harvest Urban Sprint (5km with 20-23 obstacles) in Randburg, Joburg. Irma has even wrangled a discount code for y’all, so no excuses! Use the code: IS2019SA to get 15% off your race entry.

To check out her progress or to pick up some tips you can find her on Instagram: @fitspark50 .