5 Legit Health Benefits Of Cayenne Pepper, According To Nutritionists

Raise your hand if cayenne pepper makes you think of those cringe-worthy Master Cleanse drinks Beyonce famously chugged before filming Dreamgirls a few years back.

Those lemon-cayenne-maple-syrup drinks may have made cayenne (in)famous, but it’s been a popular wellness ingredient pretty much forever.

Though you might just think of cayenne as a way to add a little kick to food, the popular spice does actually deserve some health cred.

The reason cayenne has been used in traditional medicine and “cleanse” drinks alike: a compound it contains called capsaicin.

Capsaicin is the active ingredient in many peppers, including cayenne. “It’s what makes cayenne and other peppers spicy,” explains Dr Jamie Alan, assistant professor of pharmacology and toxicology at Michigan State University.

“This spiciness is measured by Scoville heat units, and pure capsaicin is the upper limit of the scale,” says Alan. Cayenne contains more capsaicin than famously-hot jalapeños, so it’s definitely got some heat.

Capsaicin is thought to be behind many of cayenne’s health benefits, says dietitian Alissa Rumsey.

And what are cayenne pepper’s health benefits, exactly?

Some people swear that cayenne can do pretty much everything short of reviving the dead. (Mmkay, guys…)

Science does actually suggest that cayenne can benefit your health in a number of ways, though.

1. It speeds up your metabolism.

Because capsaicin can slightly raise your body temperature (meaning you’ll burn more calories), cayenne may offer a bit of a metabolism boost, says Keri Gans, a registered dietician and author of The Small Change Diet.

How significantly cayenne can boost your metabolism — and how much cayenne you need to make it happen — though, isn’t quite clear.

Plus, it’s not exactly a metabolism magic bullet: “A sprinkle of cayenne pepper on a huge meal that consists of lots of added fat and sugar is not going to negate all the excess calories from that meal,” Gans says.

Since fairly strong research suggests capsaicin can help with pain, topical creams made with the stuff have been available for years, says Alan.

“We know that [capsaicin] works by reducing the amount of available ‘substance P,’ a chemical important for pain transmission,” Alan explains.

When you use a capsaicin cream, “there will be an initial burn, as substance P is depleted, followed by pain relief,” Alan says. Though some people aren’t super comfortable with that initial burn, the approach generally works well.

You know antioxidants, those substances that can prevent or slow damage to your cells caused by harmful compounds called free radicals? You’ll find plenty (including vitamin C and carotenoids) in cayenne, says Sonya Angelone, a spokeswoman for the Academy of Nutrition and Dietetics.

“Peppers have been shown to prevent oxidation or free radical damage, especially in relation to cholesterol and triglycerides,” she adds.

Though there isn’t a lot of research to back this up just yet, cayenne’s heat can theoretically help clear out congestion.

“The idea is that capsaicin can shrink the blood vessels in the nose, temporarily relieving congestion,” Alan says. (Think of how eating hot wings can make your nose run…)

5. It may improve circulation.

“Peppers with capsaicin have been shown to reduce cholesterol and triglycerides, and help keep cells from sticking together and forming blood clots,” Angelone says. All of these factors are good news for healthy blood circulation.

Does cayenne pepper have any negative side effects? 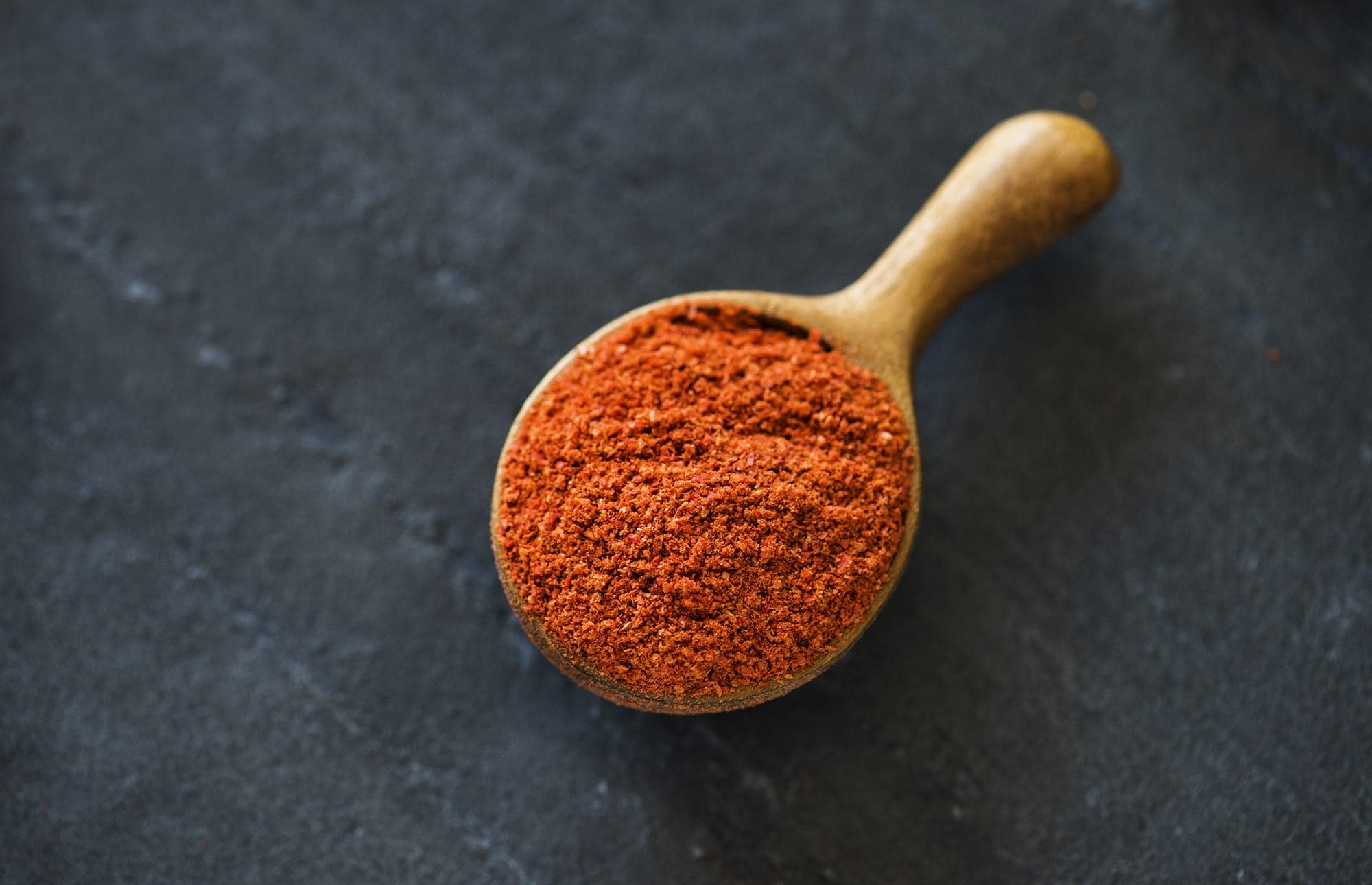 Spicy stuff, including cayenne pepper, isn’t for everyone. “While spicy food doesn’t actually cause heartburn, it can make it worse,” Rumsey says. If you struggle with heartburn and find its get worse after you eat cayenne, you might need to cut down a little. “Often, smaller meals and smaller amounts of spice can help to control this,” Rumsey says.

Spicy foods, like cayenne, can also irritate your gut and intestines, which can make you have to poop a lot, Rumsey says. Lovely.

And, while cayenne can add flavour to dishes, eating it (and other super spicy stuff) on the reg can actually make your taste buds less sensitive over time. Who knew?

Finally, keep in mind that capsaicin skin creams can irritate the skin if not used carefully. If you’re planning to try a cayenne cream, follow the package instructions carefully and wash the cream off well when you’re done using it to avoid irritation from prolonged exposure, Alan says.

Got it. So, how should I use cayenne pepper?

Though it’s unclear exactly how much cayenne you need to consume or use to reap its benefits, you can incorporate it into your diet by either chopping up a fresh pepper or buying dried cayenne from the spice aisle, Gans says. (Note that dried cayenne spice’s heat and capsaicin are more concentrated.)

From there, the possibilities are pretty much endless—though dietitians have a few recommendations.

Looking for a spicy snack or having people over? Gans recommends adding fresh cayenne to appetizers like hummus for an added kick.

2. Sprinkle it over baked chicken.

If your usual chicken dishes have you bored, chop up some fresh cayenne pepper and sprinkle it on top of your protein.

Make your favourite soup or stew recipes even more warming by adding some cayenne into the mix. Just stir in “a little at a time,” so you don’t overdo it in the heat department, Angelone recommends.

4. Toss it over sautéed vegetables.

If you’ve been feeling kinda meh about your go-to veggies, cayenne will definitely mix things up. Sprinkle a little dried cayenne into your usual seasoning mix for extra oomph.

Rumsey’s favourite way to use cayenne: Add a few dashes to olive oil and then drizzle it over your food. (She loves it atop plain popcorn.)

The bottom line: Cayenne can support your health in a bunch of ways, but it’s no magic bullet. Use it only as much as works for your body (and taste buds).