BRB, busting out the muffin tins.

Elizabeth Bacharach and The Editors of Women's Health | 24 May 2019

Out with plain ol’ all-purpose flour, in with happenin’ flour substitutes. It seems like everyone is baking with ancient grains and other fake flours – but are they really worth it?

“Alternative flours can be used as substitutes for regular wheat flour if you have an allergy or intolerance to wheat flour, or if you just want to add more variety to your diet” says registered dietician Abby Langer.

These flour substitutes are typically made with foods like almonds, coconut, or even beans that are ground up to resemble the texture and consistency of flour. And Langer says they can add different nutrients (as well as slightly different flavours) to your cooking. “Almond flour, which is one of my favourites, has more protein than all-purpose wheat flour and gives a nutty flavour,” she says.

One thing to note: Since flour substitutes aren’t quite the same texture-wise as flour (duh), you usually can’t do a straight swap in gluten-free baking, Langer says. You might have to do a little math *shudders* to get that conversion right. “I recommend that you research the substitution ratios for alternative flour before using it in a recipe that’s meant for regular flour,” Langer says. You’ll often find this information on the back of the package of alterna-flour you want to use.

These are the best flour substitutes, according to nutritionists. 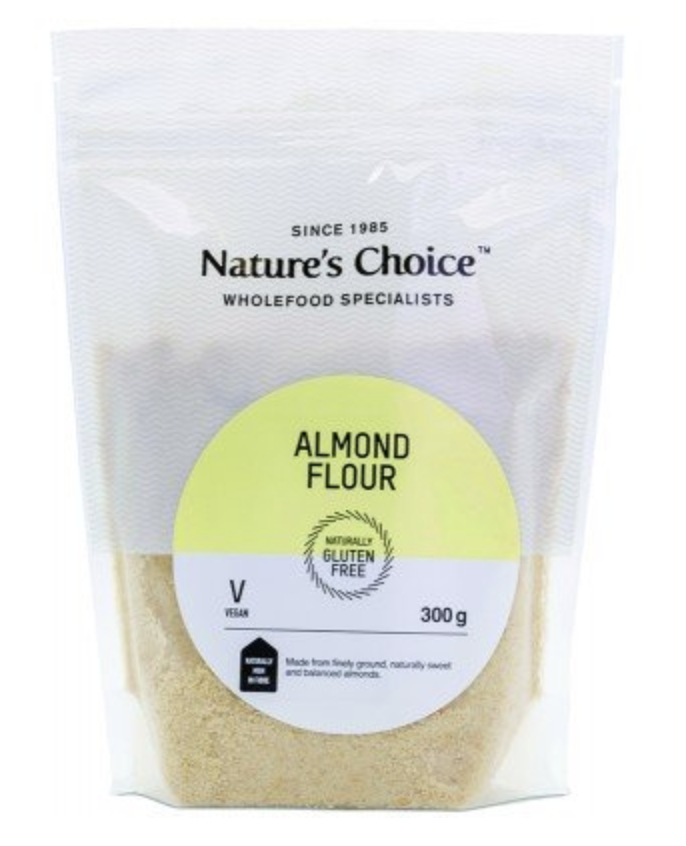 You’re already a fan of nut butters, now it’s time to give nut flour a go. When baking, sub in two cups of blanched flour for every one cup of white to score a nutty, sweet flavour that’s perfect for treats. It’s a solid source of calcium and magnesium (the latter helps you absorb the former). Use unblanched (meaning the skins haven’t been removed) for “breading” on chicken or fish. 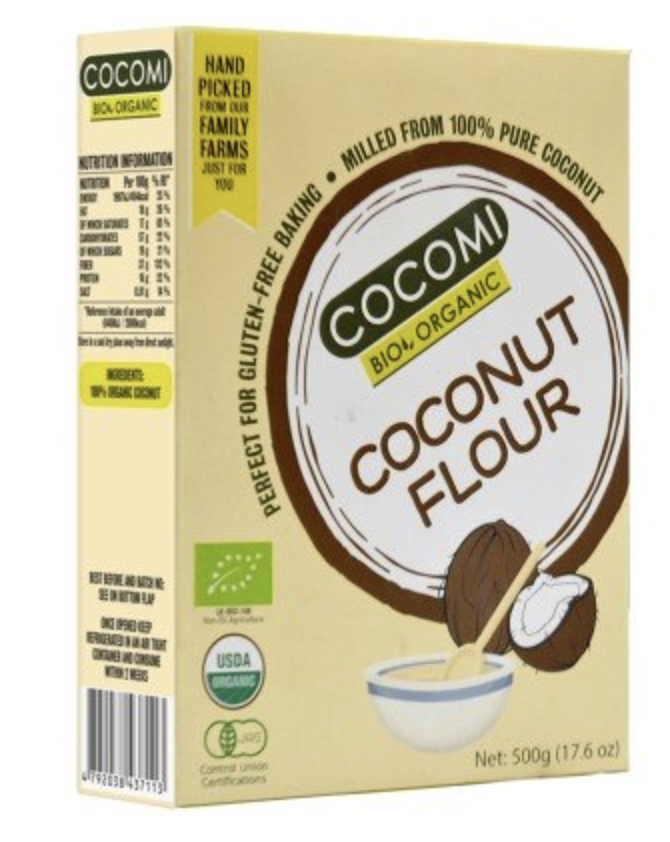 Fans of keto and paleo diets, rejoice! This slightly tropical tasting powder is low in carbs, meaning it can help prevent your blood sugar from spiking and keep your appetite in check (read: free of hunger swings). Because it’s super absorbent, however, you can’t substitute it one-to-one for other flours. For example, you can bake a whole loaf of banana bread with just a half-cup of coconut flour, explains registered dietician Desiree Nielsen, author of Un-Junk Your Diet. She recommends looking for recipes that specifically list coconut flour. 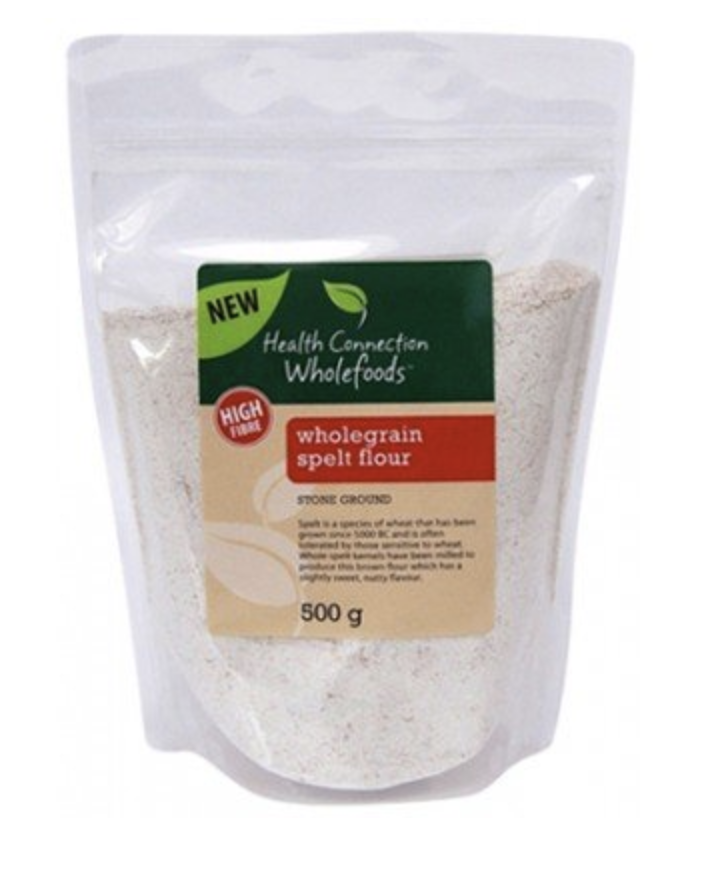 This ancient grain is a variety of wheat, so it contains gluten, but fewer of the hard-to-digest carbs called fructans. As such, it’s a better option for those who avoid gluten but don’t have celiac disease. Unlike gluten-free flours, spelt offers a hearty and fibrous bite for doughy things like pizza crust. 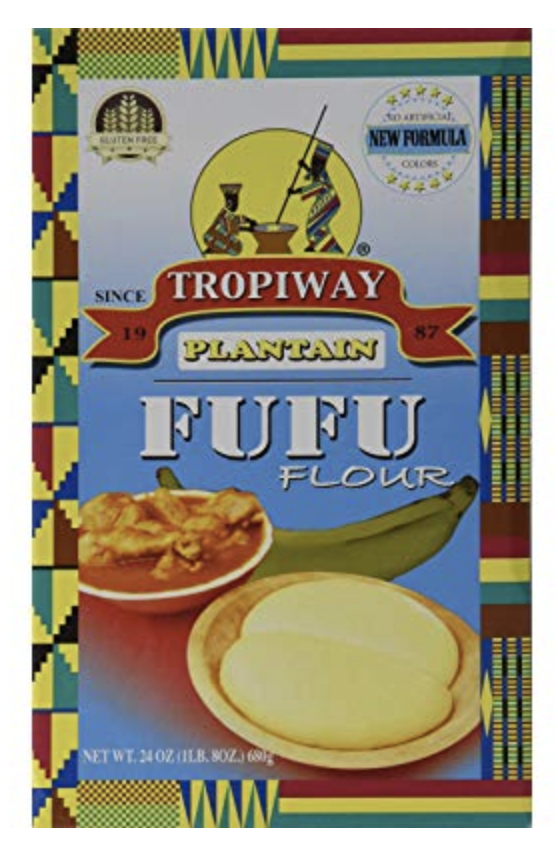 Banana’s cousin injects sweets like pancakes with a tangy, complex note. Plus, the flour substitute is higher in resistant starch than regular flour, which doesn’t totally break down in the body, so you feel fuller longer. Since it’s dense and grain-free, you may need a half teaspoon of baking soda for cakes to rise. 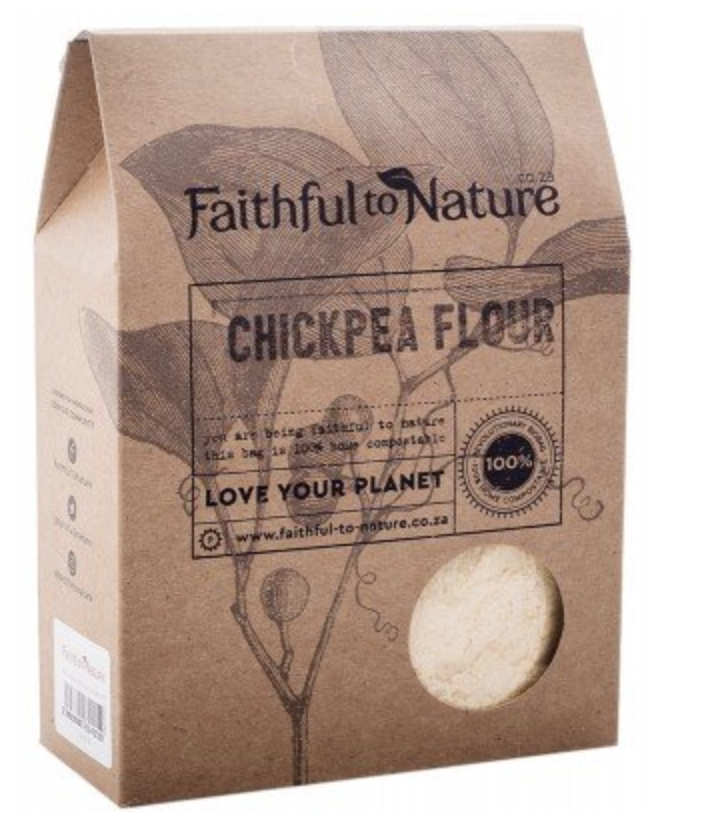 Protein-packed (about 28 grams per cup!) and high in fibre, this gluten-free powder stars in savoury dishes thanks to an earthy flavour from its bean roots. Swap it in for white flour when you’re preparing meatballs or veggie burgers – all that protein makes for a super strong food-binding agent. 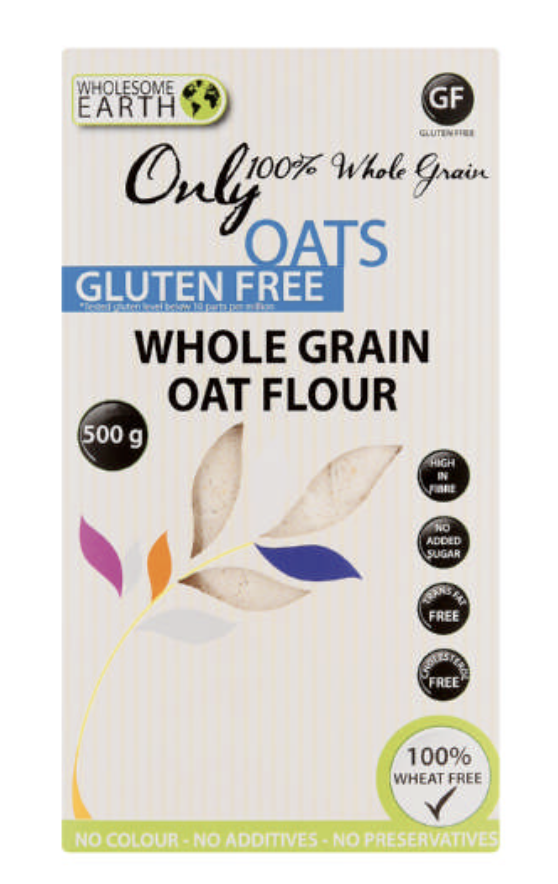 Not only is this gluten-free flour high in iron and protein, but it’s also loaded with soluble fibre – a.k.a. the real star here. That’s because soluble fibre (as opposed to reg fibre) forms into a “gel in the gut” that, according to Nielsen, has the power to slow the rate at which nutrients are absorbed into the blood stream and bind to cholesterol in the gut, carrying it out of the body. The result? Lower cholesterol and stable blood sugars. Now that’s some pretty powerful powder. 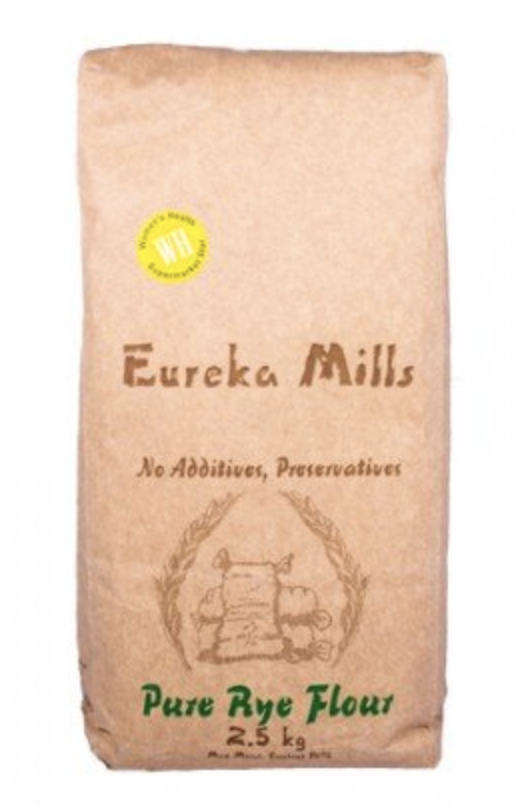 Like spelt, this flour substitute contains lower levels of gluten, making it a better choice for those with sensitivities (not celiac disease). More good news? It’s an easy one-to-one swap for regular flour and has a rich and slightly sweet taste that does wonders in biscuits, pancakes or muffins – all while boosting the baked goods’ nutrition with lots of anti-inflammatory iron. 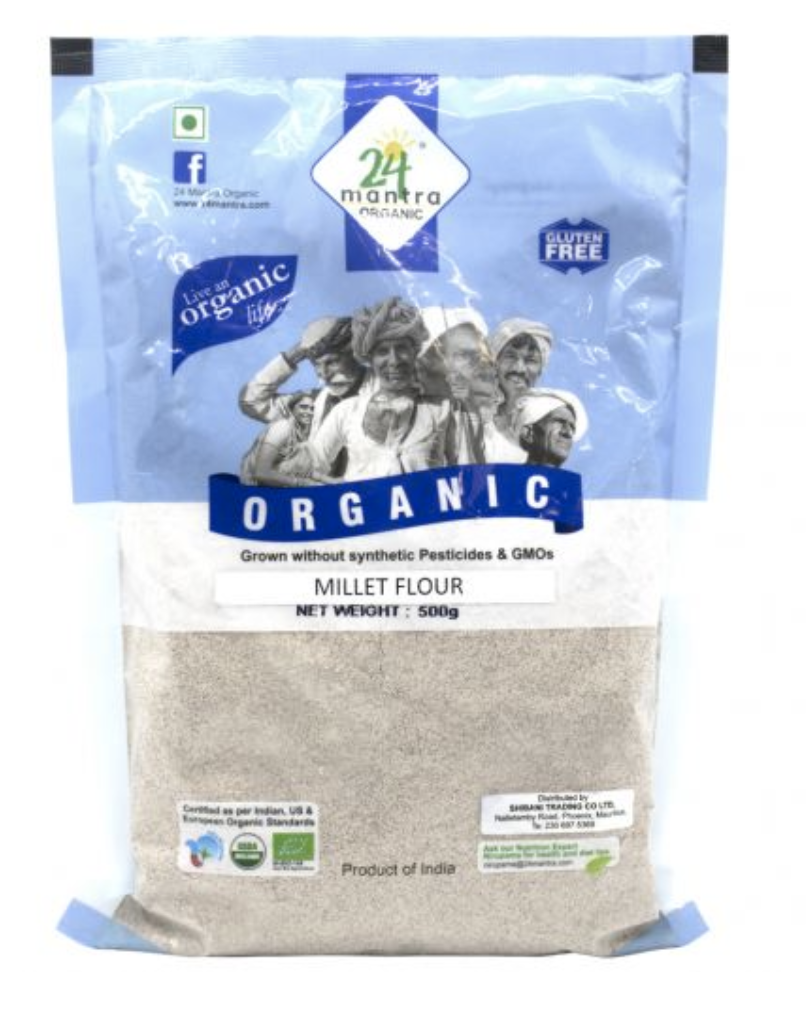 Millet flour is rich with energising nutrients such as iron and B vitamins thiamine and riboflavin, Nielsen explains. It also plays well with others, meaning it has a neutral flavour that blends nicely with gluten-free panko crumbs (1:1 ratio) to create a cornmeal-like texture for coating anything from chicken and tofu to asparagus. 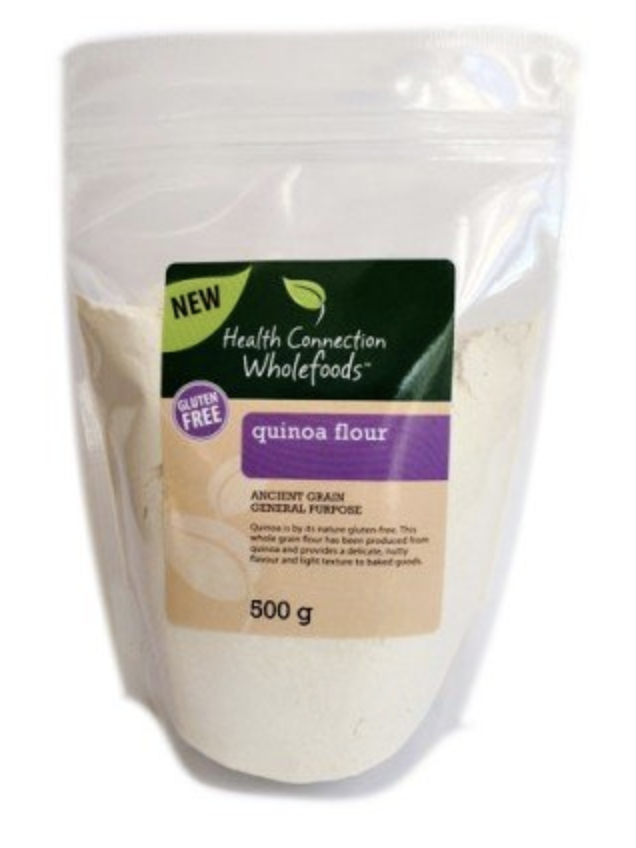 You may love creating nutrient-rich grain bowls with quinoa at the base, but have you ever considered using this grain as a flour substitute? Quinoa is packed with protein, fibre, iron and magnesium. Plus, the ancient grain has a low glycaemic index, which means it will keep your blood sugar in check and your heart healthy. And as far of the flour goes, it has a nice nutty flavour, which is great for gluten-free baking, as well as both sweet or savoury cooking. 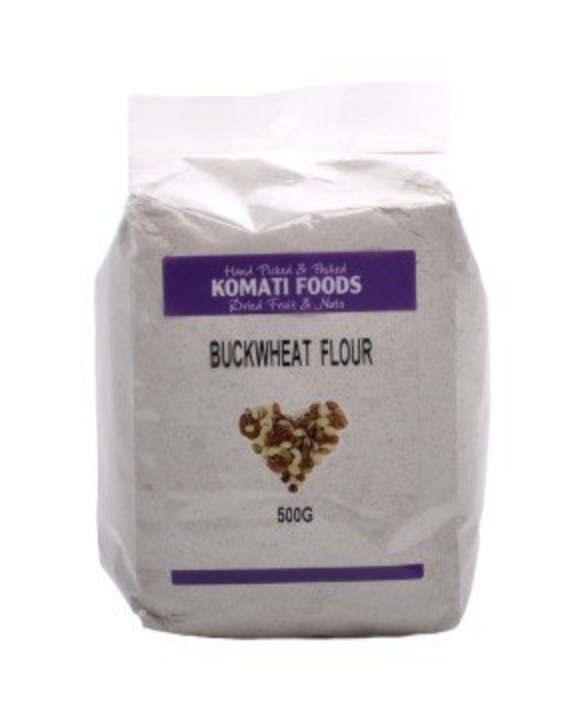 While its name may imply otherwise, buckwheat isn’t actually related to wheat. It’s a pseudocereal, not a grain, which means it’s totally gluten-free. This flour substitute is also a great source of fibre and essential amino acids. It’s known for classic recipes like buckwheat noodles and crepes, but it also makes for an easy one-to-one swap for wheat flour in gluten-free baking. 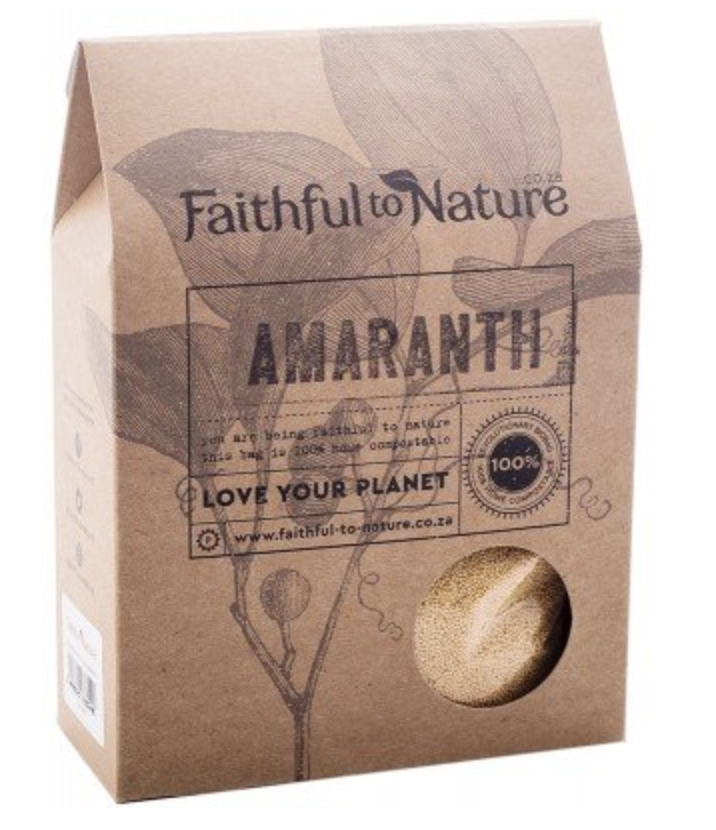 Amaranth (note: this is the grain, not the flour)

Like its super-grain cousin quinoa, amaranth packs all kinds of perks. “It has more calcium, magnesium, iron, carotenoids and fibre than most vegetables or grains,” Sonya Angelone previously told Women’s Health. It’s also one of the most protein-packed plant foods, and contains vitamin C and 22 percent of the recommended daily allowance of vitamin B6. In its flour form, amaranth adds a slightly sweet, nutty, earthy and malt-like flavour that’s great in baked goods. On their website, Bob’s Red Mill says amaranth flour works well as part of a blend, especially in bread dough. And you can use it in biscuits, savoury crackers or even amaranth tortillas.