How Meal-Time Planning Can Improve Appetite And Aid Fat-Burn, According To A Study

How early are you willing to have your last meal?

The thought of having your last meal of the day when the sun is still out sounds like a recipe for hunger later on, but this new study seems to suggest otherwise.

Published in the journal Obesity, the study found that sticking to a mealtime strategy like some form of intermittent fasting or eating earlier in the day can be an aid in lowering appetite and thus burning fat.

But the fat-burn would not be as a result of any calorie-burning; rather, it would have more to do with the reduction of appetite.

The research specifically focused on finding a link between meal timing and how it impacts 24-hour energy metabolism when meal frequency and food intake are matched – a first of its kind.

“Coordinating meals with circadian rhythms, or your body’s internal clock, may be a powerful strategy for reducing appetite and improving metabolic health,” Prof. Eric Ravussin, one of the study authors, said in a statement.

READ MORE: Would It Be A Terrible Idea To Try Intermittent Fasting While Breastfeeding?

“We suspect that a majority of people may find meal timing strategies will help them burn more fat on average during a 24-hour period. Early Time-Restricted Feeding (eTRF) – a form of daily intermittent fasting where dinner is eaten in the afternoon – helped to improve people’s ability to switch between burning carbohydrates for energy to burning fat for energy, an aspect of metabolism known as metabolic flexibility.” 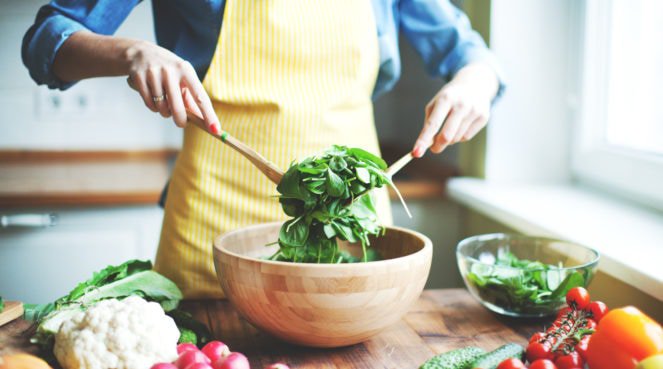 For the study, researchers analysed two groups of people who ate the same three meals at different times over four days. The one group stuck to an eTRF (a form of intermittent fasting) eating schedule and the other to the control eating schedule (which the study authors described as the median reported breakfast and dinner times for most Americans).

On the final day of the study, the participants underwent tests to measure their metabolism, including the number of calories, fat, proteins and carbohydrates burnt. They also filled out an assessment that looked at their hunger, capacity to eat, fullness and their desire to eat. This was coupled with blood and urine samples that were taken to look at their levels of hunger hormones.

The study results revealed that as far as calorie-burning was concerned, there was no major difference between the two groups. The most significant difference was seen in the levels of ghrelin – the hunger hormone. Participants that were on an eTRF eating schedule were seen to have lower levels of this hormone and also self-reported improvements in appetite.

READ MORE: Everything You Need To Know Before You Try An Intermittent Fasting Diet

Over and above this, the eTRF participants had lost more fat over a period of 24 hours. However, the researchers did say that there were limitations to their findings – one of which being the time in which the study was started and concluded. They said that a longer study with more participants would be needed to further verify their findings.

“Contrary to expectations, we found no evidence that daily intermittent fasting increased mean appetite levels, at least not when energy intake is matched to the control arm,” the study says. “Surprisingly and paradoxically, eTRF reduced swings in hunger (i.e., reduced the diurnal amplitude of hunger), making hunger levels more even throughout the day, which may reduce overeating or binge eating.”

Would you be able to have your last meal at 2 pm? It sounds like quite the task, but it is do-able and worth a try.