Photograph supplied by Beyond Meat

The year is 2018 and big things are happening. You can now buy insects for dinner at a supermarket.  You can 3D-print food. You can also eat a vegan burger patty that tastes exactly like meat, looks like meat and even ‘bleeds’ like meat.

It’s called Beyond Meat, and the burger caught attention back when it first launched in America in 2016. 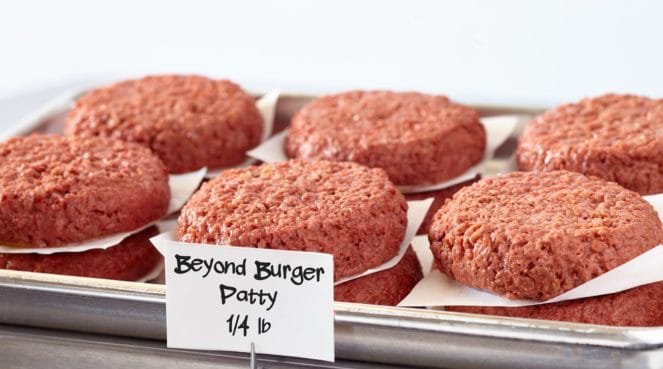 According to the website, “The Beyond Meat Burger is the world’s only burger that looks, cooks, and tastes like ground beef from cows but is made entirely from plants, without GMOs, soy, or gluten”. The burger is made from pea protein and requires 99% less water, 93% less land and 90% less greenhouse gas emissions, making it a far more sustainable protein option than beef.

Now, it’s available in South Africa, having been brought in by Infinite Foods along with ProVeg South Africa facilitating the launch in Cape Town. “While everyone is coming to recognise that climate change is a major concern, few people realise how much today’s agricultural practises are contributing to the problem,” said Michelle Adelman, Founder and CEO of Infinite Foods. “When people become aware how much good they can do by introducing more plant-based proteins to their diet, we expect this market to grow very quickly.”

Since it’s routinely sold out at restaurants elsewhere in the world, it’s likely to be a hit in SA, if only for the curious.

READ MORE: This Affordable Vegan Cheese Sauce Is So Creamy

Infinite Foods are working on having the burgers stocked in restaurants nationwide, but for now, they’re available for purchase online at Pink Piggy Lifestyle at R160 for 2 patties.