It’s Immune-Boosting Benefits Are Legendary, But There’s Even More To A Cup Of Rooibos Than That

It's local, it's insanely good for your health, and it's calorie-free.

Rooibos is not only a great tasting tea, but it’s also packed with some important immune-boosting benefits that none of us should be passing up. The best part? It’s a proudly South African plant that’s become one of the most loved teas around the world.

Without further ado, let’s get straight into the wholesome benefits of this delicious drink.

In a recent study conducted by the South African Medical Research Council, researchers found that rooibos tea has the ability to delay, and in some instances, prevent the early onset of type-2 diabetes. This is particularly important for South Africans since diabetes is the second most common cause of natural death in the country. Of course, a healthy, diabetic-friendly lifestyle has to accompany the consumption of the tea to reap these benefits. 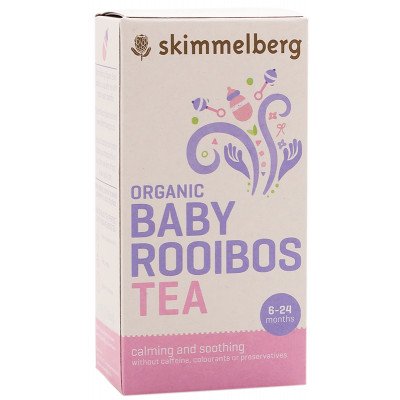 One of the most popular facts about this tea is its health-promoting antioxidant properties, and for good reason. Biochemist Dr Lindie Schloms tells us that rooibos is the only plant in the world that contains a specific organic chemical called aspalathin.

“[This] is the most abundant compound in rooibos (especially unfermented rooibos) and has been shown to have potent antioxidant, antidiabetic, cardioprotective, antihypertensive and antimutagenic effects,” she says.

“Unfermented rooibos (usually green in colour) contains twice as many antioxidants and up to 40 times as much aspalathin compared to fermented rooibos. The difference is due to the fermentation process, which causes oxidative degradation of certain compounds, such as aspalathin.”

“Confirming its popular use, consumption of fermented, traditional rooibos significantly improved the lipid profile as well as redox status [this is the balance between oxidants and antioxidants], both relevant to heart disease in adults at high risk for cardiovascular disease,” the study said.

A break from caffeine

If you’re trying to limit your caffeine intake, then rooibos tea is an excellent alternative to teas such as black tea or green tea (and if you think you’re ready to let go of coffee, then it’s an excellent substitute for that too). Why? Besides being proudly South African (because you need to know again!), rooibos is also naturally caffeine-free. No joke.

While there are still more studies needed on how significant the bone health benefits of rooibos tea are, there have been a number of studies that have found this link. One study found that rooibos might stimulate the cells involved in bone density and growth.

For anyone who’s trying to lose or maintain their weight, rooibos tea is a great beverage-substitute to most other drinks because it’s basically calorie free. Over and above this, a 2014 study suggested that the tea could also help in weight management by increasing one’s levels of leptin (a hormone that regulates food intake and lets your brain know that you’re full).

So, how much can you actually drink?

If you’re concerned about the possible side effects of drinking excessive amounts of rooibos tea, you probably shouldn’t be. Side effects are extremely rare and you’d probably have to consume an almost inconceivable amount to be negatively affected.

It’s important to mention that a large part of the research done on the benefits of rooibos tea hasn’t included high numbers of human participants. This means that while we can have a very strong idea of its benefits, a lot more research with actual humans needs to be done to discover more of the details of these suggested benefits. Essentially, there’s still a lot to learn about this… (get ready for it) proudly South African plant, but for now, let’s get sipping.