And three that are definitely a waste of money.

When you’re sick, you’ll try just about anything to feel better—even that thing you heard about from your best friend’s sister’s neighbour (who’s very much not a doctor, BTW).

But uh, some flu remedies aren’t as legit as they seem (yeah, I’m looking at you, echinacea). Here’s how to know which ones can absolutely help you feel better, and which ones, well, are flat-out unhelpful.

If you’re congested, you want target the source of your woes (i.e., your nose). Intranasal steroid sprays can reduce inflammation in your nasal passages, moisten mucus membranes to limit irritation, and help flush out secretions to ease congestion.

Dr. Kathleen Dass, an allergist and immunologist, recommends treating your symptoms with one of these sprays, saying they may even work better for symptom management than antibiotic use, if your cold or flu turns into a sinus infection too (you’ll still want to snag those antibiotics though, to knock out the underlying infection). 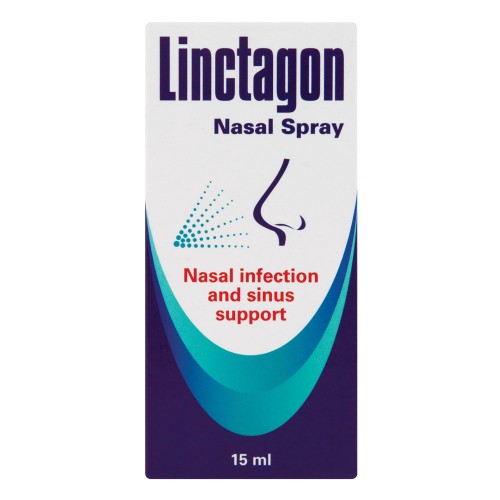 Your mother always told you to get plenty of rest when you’re sick, right? It turns out there’s some science behind that; Dass notes that research has shown deep, restful sleep plays a factor in increasing your body’s antibodies, especially after vaccination.

But that’s not the only reason to catch some extra zzz’s during cold and flu season: A small 2017 study published in the journal Sleep suggests that chronic sleep deprivation could have a detrimental effect on the immune system, increasing a person’s risk of coming down with viruses.

READ MORE: 12 Foods That Will Help You Survive Cold and Flu Season

Saline irrigation (like, using a neti pot or an OTC saline spray) isn’t necessarily as helpful as steroid nasal sprays, though it can make you feel better in the short-term: “They have limited evidence supporting them, [but] the rinses can provide symptomatic relief by allowing you to clear your mucus,” says Dass.

Since the only ingredient is water (salt or distilled, sterile water), these rinses may be a good choice for people avoiding medication, though Dass advises cold and flu sufferers not to use a saline rinse if you have pressure in your ears—it may make it worse.

Another thing worth nothing: Use distilled, sterile, or previously boiled water in that neti pot to avoid contamination, per the FDA. You can also use both steroid nasal sprays and saline irrigation methods together—just make sure to use the saline irrigator first to clear out sinuses, followed by the steroid spray, to increase its effect, says Dass. 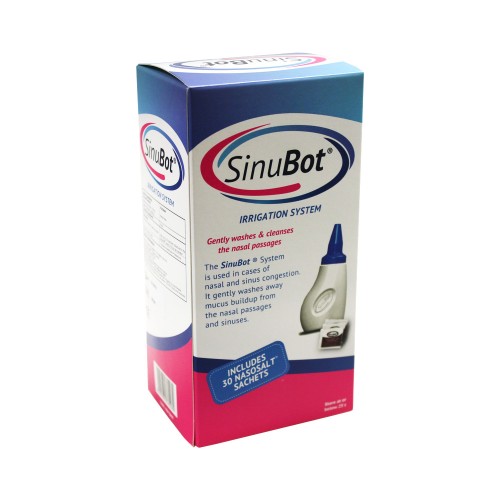 Your mother probably also told you to drink lots of fluid when you’re sick, and she wasn’t wrong about that either. “Cytokines, [a group of proteins] which help us fight infections, can also cause headaches, fevers, and aches,” says Dass. “Staying hydrated can help boost your cytokine immune response [and reduce those symptoms].”

Dass recommends getting hydration from a variety of sources, not just water—so broths, electrolyte drinks, and fruit juices count, too—but avoid drinks that contain a lot of sugar, as well as caffeine and alcohol, as they may make you feel worse.

READ MORE: Here’s How To Tell If You’re Ready To Exercise Again After A Cold Or The Flu

Basically, they make breathing through your nose way easier—but there are a few caveats: You can’t use a nasal decongestant for more than three days without risking dependency and worsening congestion after stopping; oral decongestants, on the other hand, aren’t necessarily linked to dependency, but aren’t as effective and come with a few potential side effects, says Dass.

READ MORE: An Easy Immune-Boosting Tonic That You Can Make At Home

Instead of taking three or four different over-the-counter (OTC) drugs to combat your variety of symptoms, taking a multi-symptom product to simplify the process. Dass says these products usually have anti-inflammatories, to treat fever and minor aches; antihistamines, for nasal and throat symptoms; decongestants, for congestion; and dextromethorphan, to relieve a cough.

But pay attention to the ingredients in whatever brand you’re using to make sure they don’t react with any other medications you’re currently taking. Be aware of any that contain diphenhydramine (a.k.a. Benadryl), which can make you sleepy—and could be dangerous if you’re driving.

No smell is more synonymous with sickness than that of vapor rub, like Vicks VapoRub, the topical gel containing menthol and eucalyptus. But there’s no denying that it works, especially for nighttime coughs and congestion. “Vapor rubs will not help cure colds or influenza,” says Dass, “but it may help provide symptom relief.”

That’s because the menthol in those rubs tricks your brain into thinking you’re breathing through an unstuffed nose, which is really useful when you’re trying to get some much-needed sleep. (But don’t share your vapor rub with very little kids—Dass says it’s not safe to use in children under 2.) 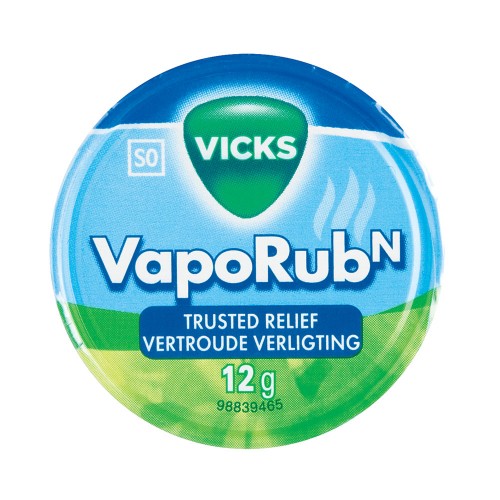 For severe congestion that just won’t quit, Dass recommends thinning your mucus—so you can clear it out more effectively—with a number of different methods.

In addition to soothing a sore throat, honey can also loosen congestion, says Dass, so add some to a cup of tea (bonus points for hydration!). Sitting in a steamy bathroom while the hot water runs can offer the same relief. If you’re still having a hard time breaking up congestion, an OTC medication containing guaifenesin (like Mucinex) can promote mucus thinning as well.

READ MORE: These Are The 7 Best Tips To Stay Super Healthy During Flu Season

If your cold or flu has you feverish and achy, an OTC pain reliever can provide some relief, like acetominophen, aspirin, ibuprofen, and naproxen.

Most people can take the recommended doses (typically two pills) every four to six hours, but Dass notes that no one should exceed more than 4,000 milligrams (or eight extra-strength tablets) of acetominophen in a 24-hour period; and that people with GI issues, like ulcers or heartburn, should avoid ibuprofen.

According to the National Center for Complementary and Integrative Health (NCCIH), zinc (taken orally, as with lozenges, tablets, or syrup), can help reduce the length of colds when taken within 24 hours after symptoms start.

Again, that’s only for oral forms of zinc, though—per the NCCIH, intranasal zinc (e.g., swabs and gels) have been linked to severe side effects like an irreversible loss of the sense of smell. It should also be noted that oral zinc comes with its share of side effects, too, like gastrointestinal upset, as well as drug interactions with antibiotics and penicillamine (a drug used to treat rheumatoid arthritis).

Yes, it would be incredibly convenient to pop some echinacea—an herbal supplement that comes from the purple coneflower plant—and be cured of a cold or flu. Unfortunately, the supp is probably not going to help you. “There are no evidence-based studies supporting the use of echinacea as treatment for colds and flu,” says Dass. “Studies have conflicting data regarding measurable effects on cold and flu symptoms, though some patients report positive effects on their symptoms.”

Plus, just like every other supplement not regulated by the FDA, there’s not enough consistency between products to determine what amount of echinacea might actually be helpful—or if you’re even getting the right amount of the herb in the pills you’re taking, so it’s best to just skip it.

Vitamin C can definitely be part of a healthy diet, but where most people go wrong with this remedy is waiting until they actually feel sick to start taking it. “For vitamin C to be most effective, you have to take it every day,” says Dass. It has a cumulative effect, working better when it’s used to keep you healthy (as opposed to magically making you better once you’re already sniffling).

And don’t fall for the idea that a high dose of vitamin C will give you a bigger benefit: Dass says that the recommended dose is 200 milligrams daily (and it’s best to get that through the foods you eat). Taking more than 400 milligrams won’t mean double the benefits—you’ll just pee out the excess that your body doesn’t use.

It seems like a lot of our health problems can be linked to our guts, which is why using probiotics for any number of ailments seems like a reasonable strategy.

But while they might work for your digestive health, Dass says probiotics haven’t been proven to speed up the recovery of colds and influenza. The National Center for Complementary and Integrative Health agrees, saying that the evidence linking probiotics to respiratory health is weak and some people may experience gastrointestinal side effects during probiotic use, like gas.