“Learning To Love Myself Helped Me Overcome My Eating Disorder”

According to the South African National Health And Nutrition Examination Survey, 68% of young females aged 10-14 years have a negative body image.

This is particularly worrying as research has shown that having a negative body image can lead to the development of an eating disorder. For 18-year-old Courtney Mansfield this proved to be 100% true.

Courtney was never overweight. Throughout primary school she played hockey and soccer. Her love for team sports coupled with a fairly healthy diet meant she was just a regular tween.

READ MORE: Which Type Of ‘Eater’ Are You?

Things changed when she entered high school. After she stopped participating in extra mural activities, she began feeling self-conscious about her body. Courtney constantly felt as though everyone around her looked better. Images of slender, beautiful bodies on social media only made things worse.

Courtney started jogging to keep fit, and ate a balanced diet. Soon she felt great about her body. But what started as an attempt to become fitter, soon spiralled out of control. “I started over doing the exercise, running extreme distances and feeling like I could never allow myself to rest, “she says. At her lowest point all she would eat for the day was a piece of fruit. “I started eating healthier, but eventually cut all food groups out that were considered bad for you, instead of thinking about moderation,” she explains. It wasn’t long before she developed Anorexia.

READ MORE: “I Overcame My Anorexia By Stepping Out Of My Comfort Zone”

As a result of over-exercising and under-eating, Courtney lost weight extremely quickly. Her rapid weight loss brought problems of its own. Courtney felt weak and tired all the time. “I was always cold from having next to no fat on my body, it hurt to do normal things, like sitting on a chair at school, because of the way the bones of my spine stuck out,” she explains. Her obsession to lose weight also made her miserable. 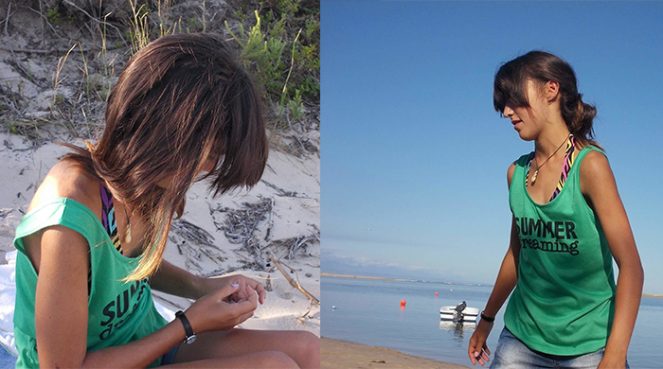 Courtney’s turning point came when she went to see a therapist specializing in eating disorders. “I had never thought what I was doing to myself was so bad,” she admits. But the therapist warned her that if she continued on the path she was on, her organs would fail and she’d need to be hospitalized. “From that day onwards I wanted nothing more than to recover and be healthy again,” she says.

Recovering from an eating disorder was no easy task. Courtney says she was initially scared to gain weight. “When I would see the scale go up in numbers, I would cry because that meant I was gaining weight, and although that’s what I desperately needed to do, it made me feel terrible about myself, “she confesses. She kept pushing herself because she knew she needed to get better. Eventually the urge to exercise off what she ate disappeared. “I can eat out or eat whatever without guilty feelings clouding my mind, which is honestly amazing,” says Courtney.

READ MORE: How To Move On From A Weekend Binge Without Feeling Guilty

As Courtney’s eating habits stabilized, her body filled out and she now feels stronger than ever. She’s used her newfound strength to pursue her dream of becoming a personal trainer. “I have such a passion for it now, and love testing my bodies’ limits in a healthy way and pushing myself every day.” 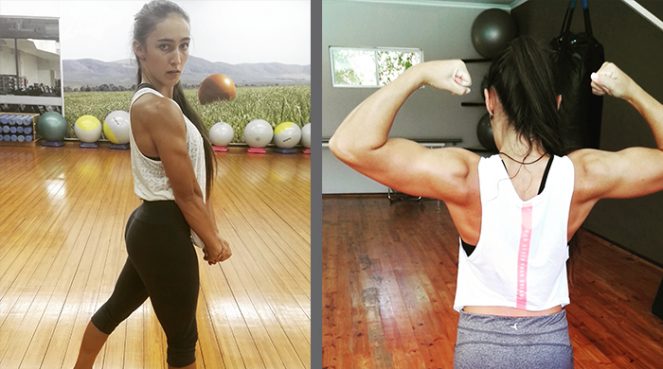 Learning how to accept and love herself, with all its flaws, helped Courtney recover from Anorexia. The biggest lesson she learnt during this process was that no-one had the right to make her hate her body because it didn’t match society’s standards. “Your body is your own, and your journey is your own, and your body is what’s going to carry you through life, so don’t break it down and hate it,” she says.

If you or anyone you know need help treating their eating disorder, call the National Crisis Line at 0861 322 322 or go to recoveryspace.org for an online support group.

Want to know more about eating disorders? Read this woman’s honest account of living with a binge eating disorder, plus here’s how a fad diet damages your body.