“I Fell In Love With An Autistic Man”

"I Fell In Love With An Autistic Man"

By Carmen Walker; Photography by Unsplash

This woman shares the story of how she fell for an autistic man – and then had two autistic children with him. This is their formula for happiness. You could learn from it too…

Stephen, my husband, and David and Emily, my children, are autistics. I am a neurotypical [not displaying autistic traits]. Although, recently two adult autistics alluded that I present with autistic traits. I giggled as I could not be any more neurotypical, but accepted the compliment and conceded assimilation. This is how we make it work, starting at the beginning…

How I met your father

“Why are you with this guy?” my grandmother muttered, proceeding with an explanation, probably induced by my quizzical expression. “He doesn’t look one in the eye.”

The functions of eyes are, of course, to see, to perceive, to curse, to connect, to observe, to learn, to acquaint to acknowledge and to show interest. Without them, communication and socialisation may become an ineptitude.

Fleeting eye contact or no association at all could be misconstrued as deception.

I dismissed Ma’s insinuation with silence. Only a year ago I’d nervously entered a comedy club where he used his eyes to see me and to engage his soul with mine. His eyes were telling of a soft heart, which Ma learnt later.

Basking in the glory of an accomplishment, I was not going to ponder a break-up on my graduation night, so I continued to prance about with my mortar board, oblivious to the first appearance of autism.

Read More: What It Feels Like To Have A Double Mastectomy

We’d only known each other for three months when he turned an inopportune time into a marriage proposal. The forthcoming year, our wedding guidance stated: “Be joyful in hope, patient in affliction.” It gained meaning in the future when contending with the afflictions of autism diagnoses and related challenges for both our children. The apples fell right beneath their father’s tree, but appeared biologically bruised. 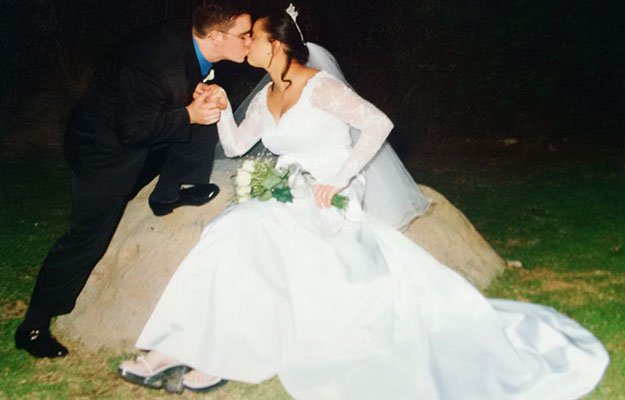 In the autism community, marriages are threatened by sheer physical and emotional exhaustion (excluding other constraining factors) resulting in disconnect. How does one make love when one has autistic children – crying inconsolably for hours on end, or bouncing from wall to wall through the night till dawn – or wakes up after an hour’s sleep, ready for the new day that has yet to come!

Love could easily wane when all energies are directed on the challenged ones. Some require constant support on self-help skills and repeated reminders, for example to “please” oneself in private. Though, all plants need to be watered and nurtured.

Stephen and I have repeatedly been encouraged to have regular coffee dates, which we have yet to execute. We want our marriage to work despite the odds and our bi-annual “dirty night” away reminds us of how great we are at loving each other.

My chances of conceiving were minute, but amazingly our son, David, emerged. After menacing silence, he gave a short and sweet squeal. This plus crying, moaning and shrieking instead of speaking has innately been his form of communication for most of 13 years, post regression (his initial abilities seemed to dissipate into the abyss before the age of two). We have reached great heights of despair and frustration at not understanding each other. If only he could speak. Before, I selfishly ached to hear him say “Mommy”, but nobody overtly adores me as he does.

Our daughter, Emily, also regressed before the age of two. I was gutted by her dissociation as I tried my utmost to protect her from “autism”.

Read More: How To Deal With Intrusive Thoughts

I have realised that variety is the spice of life, but fixating on differences can cause division of immense proportions. Set apart, by words, semantics, ideologies, misconceptions we create exhausting animosity. Despite our differences, our commonality in not needing words to show our love for each other and our faith in a higher being anchors us, thus three autistics plus one non-autistic equals a happy family. 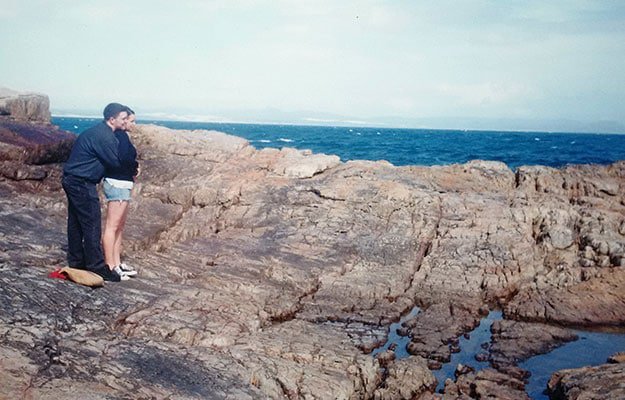 What sets us apart? The autistics present with an array of communicative and social abilities; for instance, Stephen speaks fluently. He stimulates me intellectually, but nuances are often lost on him. David’s receptive language is beyond expectation, yet he is undermined due to limited muzzled expressive language. Then Emily stipulates her needs, likes and dislikes and surprises us with an extensive vocabulary, but she does not hold a dialogue easily. She will pose the same questions that she has asked for months, expecting an answer she’s heard many times before. As for me, I am too verbose.

But I experience the world through their eyes now. The buzz in malls, the blasting sound of hand dryers, the drone of vacuum cleaners have since developed into sensory aversions, which almost compel me to stim [engage in self-stimulatory behaviour, often used as a coping mechanism]. 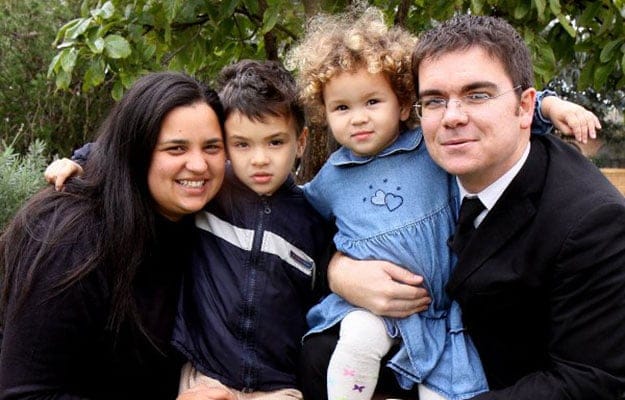 Learn more about autism, join the autism community at Facebook/AutismSoWhat1 and follow the hash tag #AutismSoWhat on social media in an effort to demystify autism, eradicate cruel responses by some in society (pointing, staring, glaring, jeering, whispering, nudging, ignoring, excluding) and promote inclusion and understanding.

Looking for more on mental health? Here are the 3 most common signs that you’re depressed… that everyone else can see.