“I Developed An Invisible Illness — Here’s What It’s Like”

"I Developed An Invisible Illness - Here's What It's Like"

What do you do when no-one will believe your illness is real?

We all feel exhausted from time to time. It’s what happens when you’re working long hours and trying to be social. Nothing a good night’s rest can’t fix, right? But what if a good night’s rest doesn’t leave you feeling refreshed? And what if a simple activity such as washing your hair leaves you feeling extremely fatigued. For those living with Myalgic Encephalomyelitis, also commonly known as Chronic Fatigue Syndrome (ME/CFS), this is often a reality.

ME/CFS is a complex disease characterised by extreme fatigue. The illness affects many systems of the body, including the brain, immune system and energy producing system.  It’s often described as an invisible illness because patients don’t look as sick as they are.

READ MORE: “I Was Diagnosed With Autism As An Adult – Here’s What It’s Like”

Retha Viviers never fully recovered from an operation to fix an esophagus hernia in 2002.  She found that her body’s energy levels were no longer at full capacity and she had terrible reactions to all chemicals (such as fuel and perfumes). Retha was also hit with virus after virus. In 2004 she was diagnosed with ME/CFS.  Doctors prescribed various treatment plans, including homeopathic injections and strong antibiotics, but none of the medication eased her symptoms.

Living with ME/CFS for almost 15 years, Retha has had to deal with many misconceptions people have of the illness. Here she shares some of them with us:

While ME/CFS is characterised by prolonged fatigue, there are 60 other symptoms that patients can experience. Typical symptoms include debilitating pain, inability to get adequate sleep, impaired cognitive function, neurological impairment, sensory sensitivity (to light, cold, sound, among others) and severe immune dysfunction.

READ MORE: So, What Exactly Is Motor Neurone Disease?

Retha says it is impossible to compare the kind of fatigue experienced by healthy people to those who have ME/CFS. She says having ME/CFS is like “an old cellphone with a very poor battery which needs to be charged fairly often and while it is being charged the phone can’t be used.” The effects of ME/CFS are incredibly devastating, leaving 25% of patients housebound or bedbound.

People with ME/CFS have periods when they have the energy to do activities. It’s during this time that they’re able to be social. But this activity always comes with a price. When Retha overexerts herself she is struck with ‘post-exertional malaise’- which means all her symptoms are worsened, sometimes for days on end. “I have to rest every 2-3 hours for 1-2 hours depending [on] how I am on that day. Some days I basically have to stay in bed and can’t do anything. “ 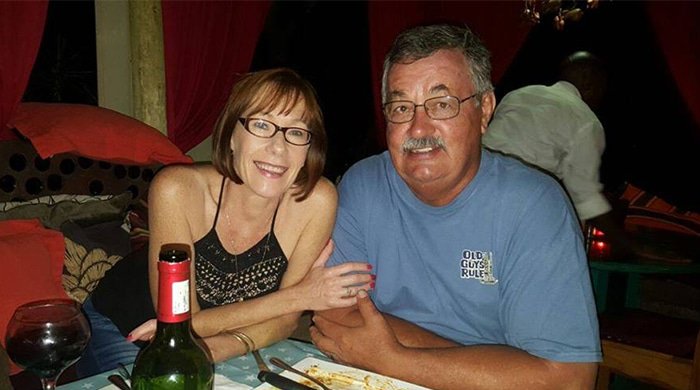 3. Only white woman get the disease

While there have been more women diagnosed with ME/CFS, the disease can affect any person of any age, sex, race or socio-economic class. The illness is triggered by a variety of factors and usually appears after an operation.

A lack of research and understanding has led to the assumption that ME/CFS is psychiatric disorder. Not many people believe that the condition is real. “I saw three psychiatrists; only one believed in ME and still saw it as an illness to be classified under psychiatric illnesses,” explains Retha.  As a result 80-90% of people living with ME/CFS have not been diagnosed.

READ MORE: So, What Exactly Is Hashimoto’s Disease?

But the illness and its symptoms are very real for the people living with it. Recent research and awareness has led to more people accepting the illness for what it is. However a cure for ME/CFS has yet to be found.

In 2012, Retha started a Facebook page to connect with people living with ME/CFS.  “The Internet helps me to deal with it as there are communities around the world and as we as patients can’t do much in the physical world we can move mountains in the virtual world,” says Retha. She says that realising she was not alone meant the world to her. “I have come across the most amazing people, some severely ill and in severe pain, but still very kind and as positive as can be.” 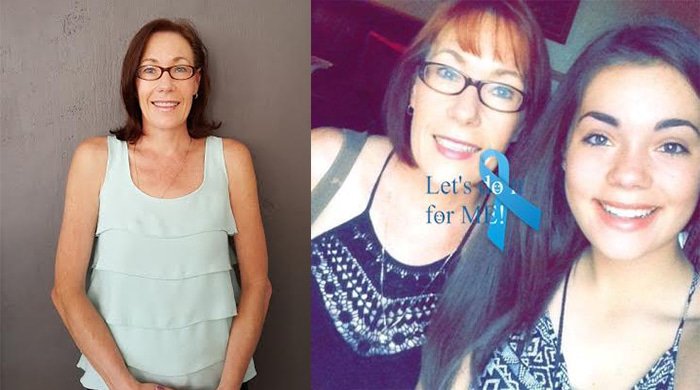 Retha has since then co-founded the ME CFS Foundation South Africa to provide support for other patients, and to raise awareness about the illness.

Today the foundation joins countries across the globe in protest to remind governments, the public and pharmaceutical companies that millions of people around the world are missing from their lives and demanding more funding for research and treatment.  “ME/CFS sufferers are mostly too ill to attend school, work, and many other activities, “ explains Retha.

The #MissingMillions campaign is the first of its kind to give people with ME/CFS an opportunity to have their stories heard. ME/CFS robs many people of their ability to earn a living and to pay for basic living expenses.