See how Kirsty’s entire face — and body! — changed after surgery to correct an under-bite…

Why I lived on liquid…

Soups, smoothies and ice-cream? Sounds like an easy post-surgery recovery, right? Well, that’s what I thought until I heard, “We will have to break your jaw and then correct your bite.”

I’d known since grade seven that I would have to get orthognathic surgery, but 10 years of knowing didn’t prepare me to hear those words. I’d always had a large under-bite that would cause complications when I was older if it wasn’t corrected. (As you can imagine, having my jaw lock every time I yawned caused all kinds of issues.) In preparation for the surgery, I had braces in grade seven and, unfortunately, I’m still living up that adult braces life. But hey, I’ll finally be able to properly bite an apple once all of this is done. 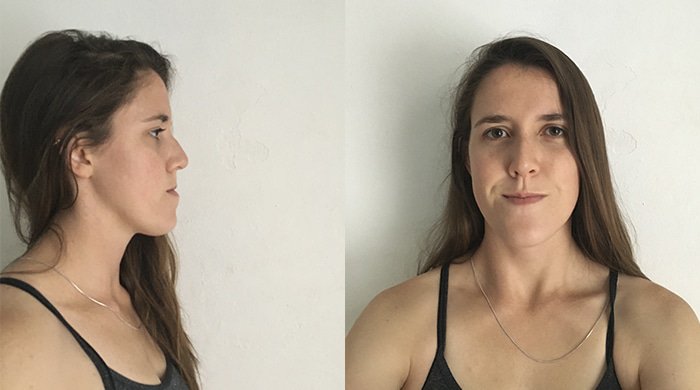 (Kirsty’s jaw before the surgery)

Eleven days before Easter, my younger sister, Paulie, and I checked into Mediclinc Cape Town. Here, Dr Reyneke (who has performed over 8 500 of these surgeries over 35 years) would move both my top jaw forward and my bottom jaw back so that I’d have the perfect bite. My jaws would then be secured together by elastics so that the muscle memory wouldn’t force my jaw back into its old position.

It sounds a lot more dramatic than it actually was. What was actually worse than the pain was not being able to open my mouth for two weeks. I am an active person and I really enjoy eating healthily (most of the time), so surviving on smoothies and soups for two weeks didn’t sound so bad. That is until I had to do it.

Good thing, the weekend before my surgery I made sure to load up on all my fave, difficult-to-chew foods. You can never go wrong with a Jerry’s burger or a big bowl of pasta! I even snuck in some all you-can-eat sushi the night before. Once I’d satisfied all my cravings, I was ready.

Waking up post-surgery in my hospital room, with my sister holding my hand as she passed my phone so I could look at my new face, was not my finest moment. The memories may be hazy, but the video I found on my phone the next day does not lie. (Imagine a chipmunk-like face sobbing uncontrollably before passing out from a pain injection.)

Those first few days were not easy. There was a bit of pain, but it was more extreme discomfort than anything else. It felt like my jaw was in the wrong place and constantly trying to push back against the elastics and metal screws that were holding it in place. My mum was also supposed to arrive two days after my surgery, but her flight was delayed. Luckily Paulie was there to step up to the plate. 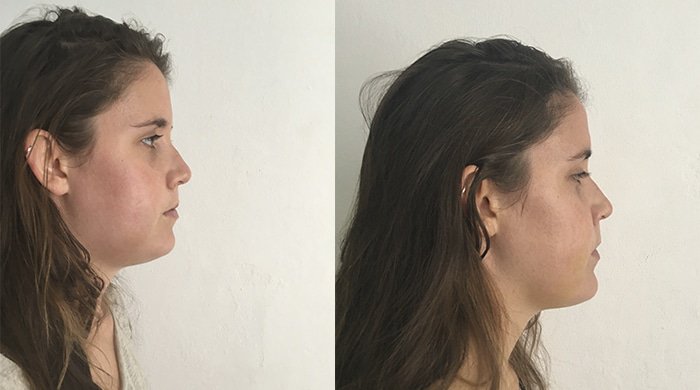 (Kirsty’s jaw swelled up after surgery)

Trying to consume liquids during those first fews days was a struggle, due to the swelling and pain, but after the fifth day it got easier. My liquid diet then started to consist of six meals a day so that I could get all the nutrients I needed to recover after surgery and not lose too much weight.

In the morning I would wake up and have a cup of Taystee Wheat porridge, which had been put through a blender and watered down with milk so that it would pass through my clenched teeth. Around mid-morning, I’d have a smoothie packed with fruit and yoghurt. Lunch-time was a scrumptious cup of Ensure. My mid-afternoon snack consisted of either soup or another smoothie and (surprise, surprise) dinner was more soup! This liquid diet even had me having blended raw egg, sugar and milk as “pudding”. I had to get my protein fix!

Even while eating six meals a day, I still lost eight kilograms in the first two weeks. But, don’t rush out and jump on the liquid diet train just yet! I tired very easily and felt hungry most of the time. It felt good to lose those extra kilos, but I knew I’d just pack them back on as soon as I started to follow a more solid diet (which I have started doing now).

READ MORE: 7 Signs A Diet Will Just Leave You ‘Hangry’

Finally, after two weeks, I went to Dr Reyneke and was able to open my jaw for the first time. Let’s just say that while I felt like I was opening it wide enough to bite into any burger, Dr Reyneke could barely notice me opening at all. As with any surgery, you lose all your muscle surrounding the surgical area so I have been working on strengthening my jaw muscles with daily jaw stretches.

Taking the liquid lessons with me

Now, just over a month later, I have moved onto a soft food diet and am starting to slowly learn to chew again. One thing the liquid diet and soft food diet has taught me is that the portions that we eat are far too big. I’m eating a lot slower as I’m adapting to the new bite and strengthening my jaw muscles. Eating slower makes me feel fuller, which in turn means I eat less. Diligence, moderation and consistent exercise trumps any liquid diet. 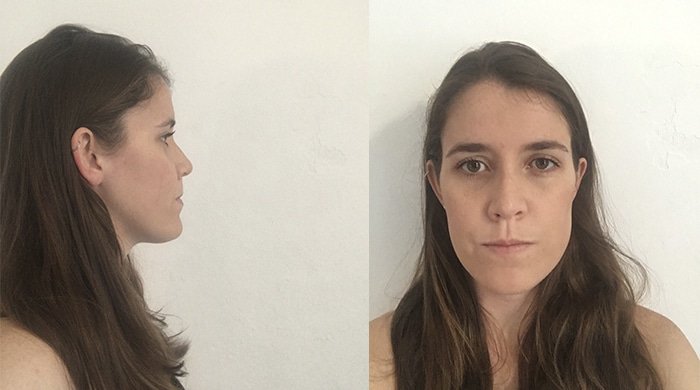 I seem to have developed a bit of a lisp after my surgery as, for the first time ever, my tongue is trapped behind my teeth and doesn’t quite know what to do with itself. But, every day it gets better. All in all it will take about six months for all the swelling to go down, the braces to come off and the chewing to properly begin. The day I can happily bite into a great, big, medium-rare steak will be a good one.

Until then, I guess I will just stick to my motivation: summer bodies (and jaws) are made in winter…