My guy got his paws on my new pillow, and has been "testing" it ever since ?

Sleep on your back? Can’t stop rolling onto your tum? The Melody just might be the best pillow for every type of sleeper. Here’s why… 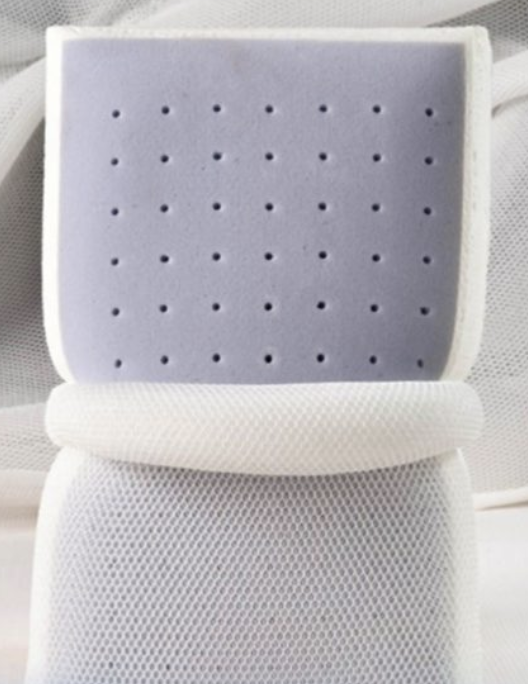 The Melody Pillow is available online at Vencasa.co.za

I’m a very specific type of sleeper. I must start off on my stomach, arms crossed under my head sunbather-style – sooooooo bad for you, I know, but wait… it gets worse – and end up star-fished on my back, arms splayed above my head, drunk-style. Sexy.

READ MORE: What Your Sleep Position Says About Your Personality, According To Experts

Until my recent acquisition (the Melody), these nightly high-jinks happened on my childhood pillow, rendered entirely flat by over 30 years of, well… head. I just couldn’t seem to let it go. And so I woke up and had to readjust every body part before I took my first step.

My bf, on the other hand…

Now he takes the foetal position to the next level: a scrunched-up ball of tension, his shoulders at his ears. But suffering chronic lower-back pain and being the logical guy he is, he’s invested in a memory foam pillow to absorb at least some of that tension and keep his neck and back aligned. And it works well. Well, it did. Until he got his paws on my new pillow.

Yup – though I only got about a week’s worth of pillowy bliss out of it before forgetting it at bf’s house (a convenient two hours away). He’s been “testing” it ever since – buying time by stating he can’t decide which is better, his old faithful, or the exciting new addition to the boudoir.

So, while he deliberates, I’ll give you my take. [Out of interest, so far he loves the soft – yet surprisingly solid – feel of it, but reckons it’s not quite firm enough for his neck… A) because he suffers so badly with his back and B) he’s a heavy guy, head included.]

Obviously it’s better than my paper-thin childhood headrest, but I have tried other pillows through my 40 years (at friend’s, hotels, prison – joke!) and none have left me feeling better in the morning than the Melody.

It’s bigger than regular pillows, and for my (smaller) head, it feels firm. But what I like best is that it doesn’t allow me to flip onto my tum or back – it’s just slightly too high for that. And so… I lie on my side, in the exact correct position for optimal sleep hygiene.

READ MORE: Should You Start Using Magnesium For Sleep

It also smells faintly of lavender, which fellow Melody owner Leigh Cann loves. I quote: “The pillow smells GREAT!” But that’s really just an added bonus. Because this pillow has legit changed the way I sleep – for the better. I wake up way less sore, and more refreshed. And… even if I’ve had an extra tipple, bf tells me I haven’t snored in his ear (oncoming-train-level snoring is the gift I give him that gets louder after every extra glass of vino consumed). It’s basically a miracle.

READ MORE: Can You Make Yourself A Morning Person?

The Melody also obviously brings its memory foam magic, and provides continuous air circulation, which is important for a good night’s sleep. Leigh likes that it holds its shape well and finds it gives her neck good support. “I found the smell very fresh and pleasant” – clearly, the scent is a win – “and it was super-comfy and firm without being hard. I’d definitely use this again, despite it not making much difference to my sleep pattern.”

As for me, I know bf and I will be fighting over it again this weekend – because for all his “It’s not as firm as mine” I seem to find we’ve suddenly swopped sides every time I take a midnight wee break. I also have a feeling it won’t make it into my car for the home trip on Sunday. Strange that.

Get it: Melody Pillows from Boxmistral cost R1 299 (consider it an investment) and are available online at Vencasa.co.za.