So here’s the deal: the mood-boosting benefits of the cocoa bean that are praised for its ability to heal broken hearts and woo the iciest of bosses don’t apply to the store-bought, milky bar. The reason is obvious — it’s so far removed from the original bean that while it tastes ah-mazing, it’s not going down singing hymns in your body. Shame. Fear not! We’ve consulted Jessica Kotlowitz, registered dietician to guide us through body-loving foods that’ll make you significantly less emo. 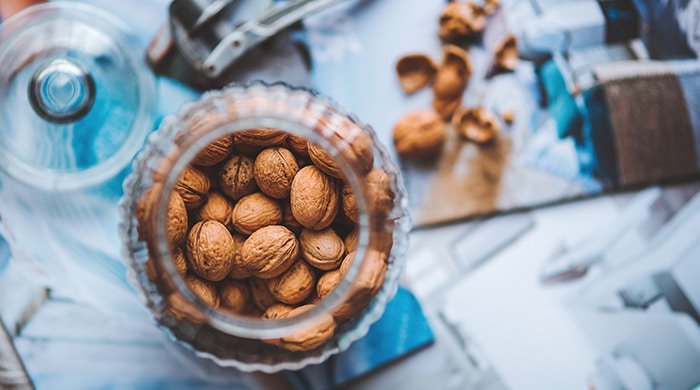 The real reason they look like brains (not really) is that they’re actually rich in omegas, which is the fuel your brain runs on. “Unhealthy diets which are high in pro-inflammatory foods have been shown to lead to inflammation in the body, including in the brain,” says Kotlowitz. “Cutting down on unhealthy pro-inflammatory foods and loading up on anti-inflammatory Omega 3-rich foods has been shown to improve mood and decrease risk for depression. Just one 30g serving of walnuts per day will provide you with all your Omega 3 fatty acids for the day. So, eat your walnuts daily to keep the blues away.” Your fix: sprinkle them on your morning oats to feel happy all day. 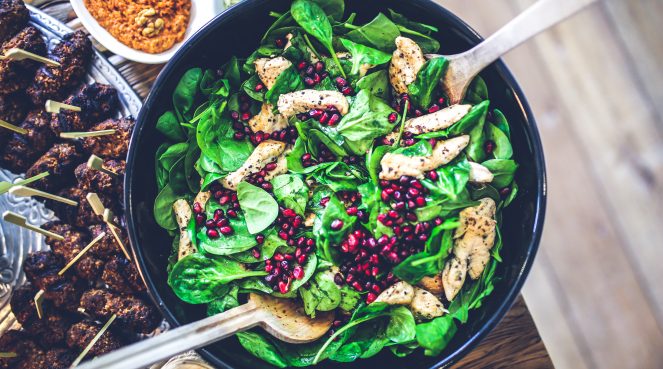 Aah, chocolate’s worst enemy. Dark greens are seriously underrated: they’re rich in antioxidants called polyphenols and all kinds of vitamins. “Polyphenols in leafy greens help to prevent the loss of serotonin (the happy hormone) in the brain thus keeping you feeling happy and calm,” says Kotlowitz. “Studies have shown that just 3 extra servings of vegetables per week reduce the chances of depression by 62% and that people who eat more fruits and vegetables are happier, calmer and more energetic.” Plus, they’re full of folate and calcium, which are important anti-anxiety nutrients. Dose up by adding them to smoothies (literally any smoothie works), scrambled eggs, and into your regular salads, wraps, toasties… anything, really. 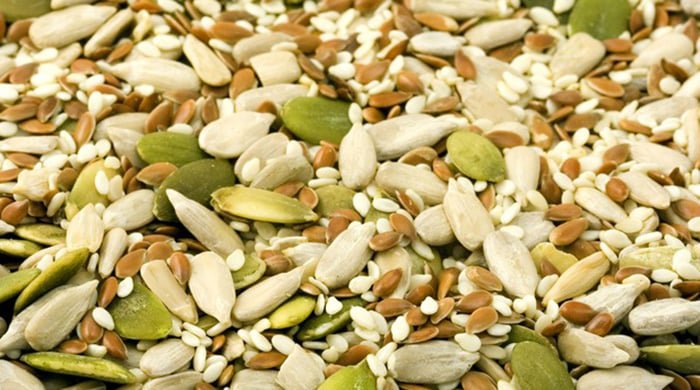 These little wonders are cheaper than other superfoods, but completely deserve the title: they’re tiny wonders filled with a chemical called tryptophan, amino acid that is needed in order to produce serotonin (the happy hormone) in the brain, says Kotlowitz. Studies have found that people who eat more of these foods have less depression, hostility and anxiety and overall better moods. Just one ¼ cup serving of pumpkin seeds provides more than half of your daily tryptophan requirements so aim for one serving of these per day in order to maximise the mood-enhancing benefits. 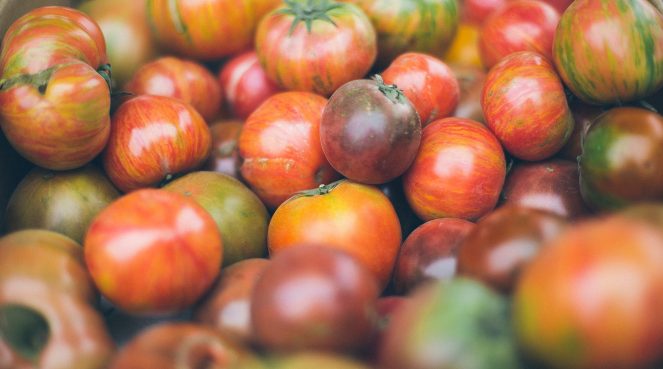 Tomatoes are actually super high in the caratenoid lycopene. Too much science, too little chocolate? Let us explain. Basically, they’re the chemicals typically found in orange stuff and they protect your brain against damaging free radicals in the environment. “Studies have found that people with higher blood levels of carotenoids have lower levels of depression and better emotional well-being,” says Kotlowitz. Eat 1/2 a cup a day to halve the odds of the sads, and get at least one serving of orange, yellow and red foods. Yes, eating the rainbow really is medicinal. 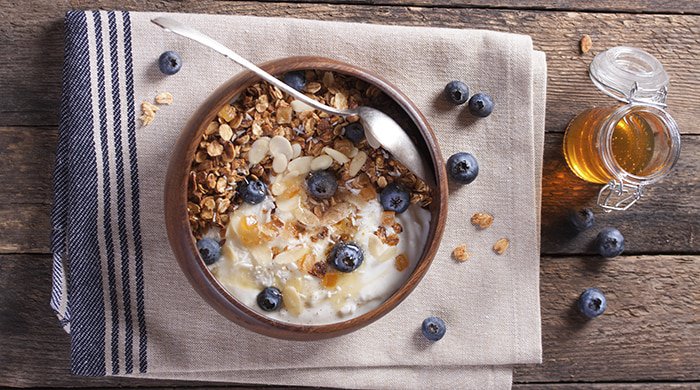 READ MORE: These 7 Foods Will Wake You Up Better Than Coffee

Aah, the dreaded morning porridge your mom never thought to make with peanut butter. Oats are kind of a big deal: they’ve got B-vitamins in them which enhances the brain’s production of serotonin, the happy hormone, says Kotlowitz. “Because the type of carbohydrates in oats release sugar into your blood slowly and steadily, they help to give you sustained energy throughout the day and reduce mood swings caused by shifts in blood sugar concentrations,” she says. Half half a cup of oats or brown rice a day to get the benefits.

Looking for more? Here are five foods that will legitimately keep you full for hours.