What Is Ovulation, Exactly?

This ovulation calendar will help explain your cycle.

It’s hard enough to keep track of when your period is going to show every month—let alone all the other details of your menstrual cycle.

But if there’s one thing that’s worth keeping track of, it’s when you ovulate.

Sure, ovulation lasts for all of one day out of your 28-day cycle, but it’s arguably THE most important day.

That’s because it represents the tiny window of time when you could feasibly conceive a baby (either an exciting or terrifying concept, depending).

Ovulation is the point in the menstrual cycle where one little egg travels from your ovary (where it lives with thousands of other eggs) into the body’s fallopian tubes, according to the National Institutes of Health.

The egg knows it’s time to start this journey thanks to signals from your hormones—usually around day 14 of your menstrual cycle. And those hormones also trigger the uterus to prepare for a potential baby by thickening its lining, says the NIH.

The egg will then hang out in the fallopian tubes for 12 to 24 hours, waiting to join forces with passing sperm, according to the American Pregnancy Association. (FWIW: Sperm can hang in the female reproductive tract for up to five days, so it’s not like you’ve only got a one-day window to do the deed if you’re trying to conceive.)

If the egg doesn’t get fertilised, the uterus sheds its lining (and the egg)—and you get your period.

“Technically, a period is the release of blood and uterine tissue that happens two weeks after your period starts—the body’s way of resetting the uterus after not getting pregnant from that month’s ovulation,” Dr. Jennifer Conti, a clinical assistant professor at Stanford University in California, tells Women’s Health.

READ MORE: 5 Things Every Woman Needs To Know About Her Fertility 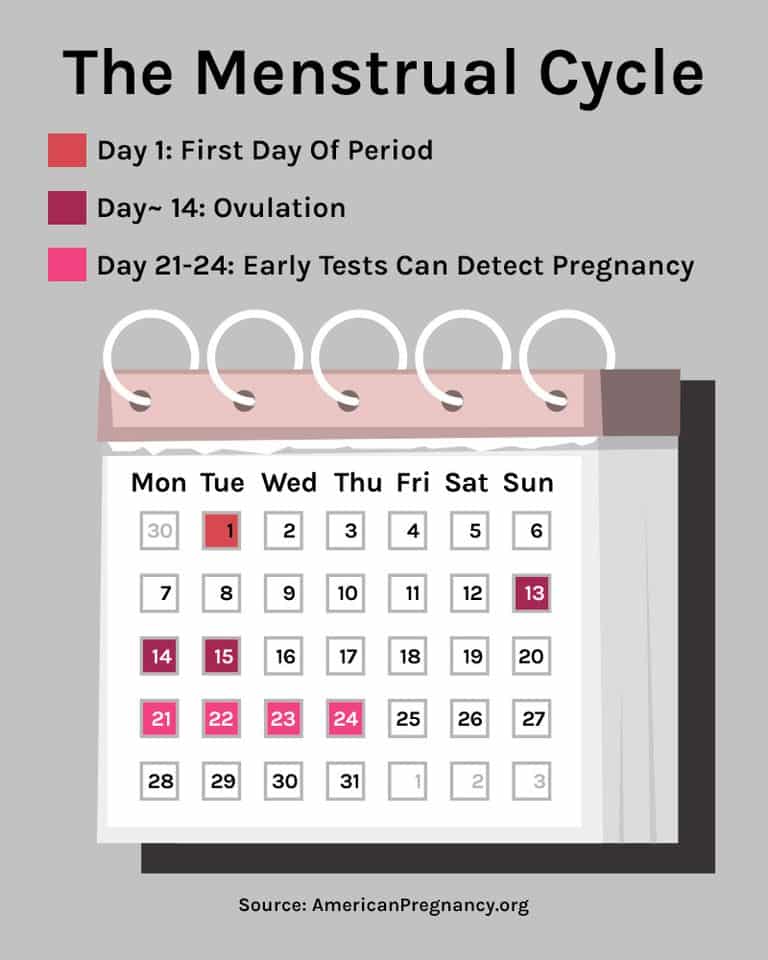 For the majority of people, vaginal discharge is a clearer indicator: When you’re ovulating or close to ovulation, discharge becomes thick and white.

Those who use fertility awareness-based family planning methods (tldr; not a good idea if you don’t want to get pregnant; fine if you do) might also be familiar with tracking their basal body temperature, or the body’s temperature when fully at rest. Basal body temperature is best measured first thing after you wake up, and dips slightly as ovulation approaches. When you ovulate, that number will swing suddenly up.

You might also notice that your sex drive peaks around ovulation, depending on your baseline libido levels.

Ovulation tests are also available at most drug stores, but Conti cautions that if you have polycystic ovary syndrome, you might get false positives.

READ MORE: 17 Weird Things That Can Mess With Your Fertility

Are You Ovulating Regularly?

Bleeding between periods or at unpredictable intervals, Conti says, could be a sign that you’re not ovulating regularly.

Irregular vaginal bleeding can also signal a number of more serious problems, so if you’re concerned, it’s best to book an appointment with a gynecologist or visit a reproductive health care clinic.