Your mug is not safe.

Sorry to break it to you but poo is everywhere. The keyboard I’m typing on — poo. The phone you’re reading this on — poo. Your office mug — yep, you guessed it, covered in poo.

It’s estimated that around 60% of men and 40% of women don’t wash their hands after using the bathroom. This has led to poo, or faecal matter, ending up in places it really shouldn’t be. Here, the weirdest places you can find poo…

This one is less about people touching your mug and more about the sponge it’s being washed with. The kitchen sponge is considered to be one of the dirtiest items in the home, being around 200 000 times dirtier than the toilet seat. To ensure you’re not getting added brown in your morning coffee, experts recommend disinfecting your mug in a bleach-and-water mixture.

READ MORE: 5 Things We ALL Do To Avoid Germs, That Are Actually Useless AF

Admit it, you take your phone to the bathroom with you, don’t you? Well, you might want to consider wiping it down then. It’s estimated that one in every six phones are dirtier than the average toilet. This is most likely because people aren’t washing their hands. Ensure you’re washing your paws on the reg, and wiping your phone with a disinfectant every so often.

Disinfect your hands with this all natural hand sanitiser. 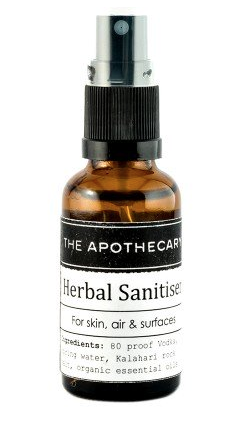 One study found that 97% of people have never washed their reusable shopping bags, creating a breeding ground for E.coli and other germs. This is easily preventable — just wash your bags.

Just like phones, TV remotes almost never get cleaned. Given that remotes are usually shared items, they’re more likely to harbour faecal matter. Be sure to wipe them down when you’re doing your daily cleaning.

READ MORE: How To Wash Your Vagina — Plus More Awks Period Questions Answered

You see those disinfectant wipes by the baskets and trolleys? Well, you might want to grab a few on your next shopping trip. A study found that about 72% of shopping trolleys are covered in faecal matter, E. coli and coliform bacteria — making shopping cart handles dirtier than public toilets.

Research has found that your kitchen cutting board has 200 times more faecal matter than what’s found on a toilet seat. But for once dirty hands aren’t to blame — it’s meat. Meat, poultry and unwashed vegetables often have traces of E.coli, which can easily spread to other surfaces, making your chances of getting sick so much higher. The best way to clean your chopping boards? Wipe them down with a disinfectant.

If you’re in need of a surface clearner, try 96% natural disinfectant. It kills germs and fragrances the area with the clean, fresh scents of citrus and lemongrass. 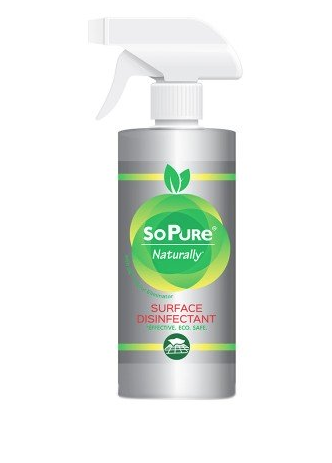 Poop contains coliforms, bacteria found in animals and humans. Most of us are aware of Escherichia coli (E. coli), the main species in the coliform group. Most forms of E.coli are harmless, but there are certain types like the E. coli O157: H7 — which causes bloody diarrhoea and can sometimes lead to kidney failure, even death. And given that the average human will have no idea which kind of E.coli is living on their hands, it’s best to prevent them.