Time to load up on ?

If you’re looking for another great reason to follow a plant-based diet, then we’ve got some good news lined up for you.

A new study that was published in the JAMA Internal Medicine journal has suggested that sticking to a plant-based diet, particularly one that is rich in fruits, vegetables, whole grains, legumes, and nuts can significantly reduce your risk of type 2 diabetes by almost 23%.

While this might not seem like the biggest deal, it is, especially for the South African individual.

By 2018, it was estimated that about 3,5 million South Africans were diagnosed with diabetes, and about 5 million of us are in a pre-diabetic state. These stats are scary! And they also show us that diabetes is growing in its importance as an epidemic not only in South Africa but across the globe.

READ MORE: Everything You Should Know Before Trying A Plant-Based Diet

Findings of the study

This new meta-data study reviewed nine studies that had already been published and focused on plant-based eating habits and type 2 diabetes amongst adults. Their meta-analysis included over 300 000 adults and concluded that people who consistently stuck to a plant-based diet presented with a lower risk for diabetes — whatever age or size they were. 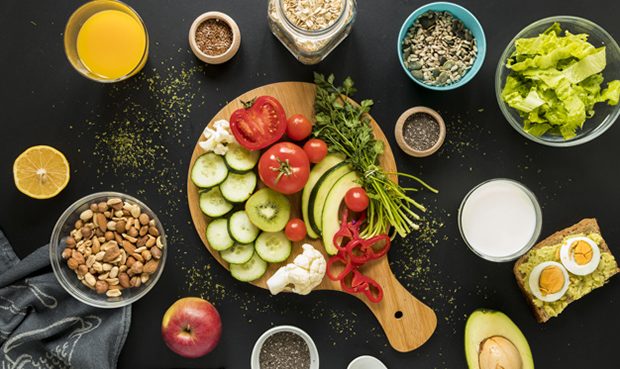 “We found that individuals who ate largely plant-based diets, including vegan and vegetarian diets and other diets with an emphasis on plant foods, had a lower risk of developing type 2 diabetes,” Dr Qi Sun, an associate professor in the department of nutrition at the Harvard T.H Chan School of Public Health in Boston and the study’s lead reviewer, said in a statement.

READ MORE: What Is The Plant Paradox Diet — And Can It Help Me Lose Weight?

Dr Sun reckons that this could partly be due to a plant-based diet’s effect on weight control. “Most of the foods that comprise a plant-based diet have been shown in prior observational and interventional studies to mediate weight loss or prevent long-term weight gain.”

With this said, the study did present with some limitations to its findings. Firstly, the nutritional data that they collected from previous studies was self-reported by the people in them — so they could’ve lied. And secondly, the review only found a link between plant-based diets and type 2 diabetes, but they still don’t necessarily know what it is exactly about a plant-based diet that results in this outcome.

Nonetheless, if you’ve already jumped onto the plant-based bandwagon, it’s looking like you shouldn’t give it up just yet.