TB And COVID19 Symptoms Are Pretty Similar, So Knowing The Key Difference Is Important

The timeline is critical.

This week marked World Tubercolosis Day, and while COVID-19 has clogged up headlines across SA and abroad, it’s important that we don’t forget about the one disease that’s been killing thousands of South Africans every year. We’ll get to the relationship between TB and COVID-19 in a sec, but for now, let’s begin with looking at TB’s impact on South Africans.

Tuberculosis, more commonly referred to as TB, is a contagious infection caused by a type of bacteria called Mycobacterium tuberculosis. It’s the leading cause of natural death in South Africa followed by diabetes, other forms of heart disease, cerebrovascular diseases and HIV, respectively.

It most commonly affects the lungs, but it can also spread to other parts of your body.

READ MORE: Here’s Exactly What A COVID-19 ‘Lockdown’ Will Mean For You

Interestingly, 80% of the South African population is actually infected with TB bacteria, but the majority have latent TB (inactive, asymptomatic). In 2015, the top five provinces with the highest incidence rate for TB were Free State, Eastern Cape, Gauteng, KZN and Limpopo — respectively. 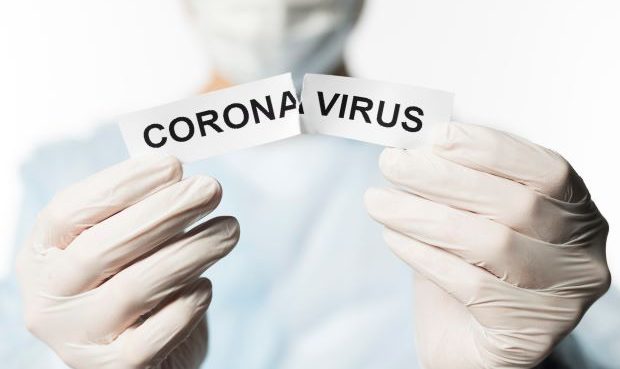 The COVID-19 virus has brought the world to a standstill with ever-rising numbers of new cases across the globe, including South Africa. Our country is currently standing at 554 confirmed cases (as of 24 March 2020) and while this is happening, the WHO came out to highlight the importance of still making sure that essential health services for people with TB (and other health conditions) continue being maintained.

“Health services, including national programmes to combat TB, need to be actively engaged in ensuring an effective and rapid response to COVID-19, while ensuring that TB services are maintained,” the WHO says.

READ MORE: COVID-19 Update: What To Do If You Start Experiencing Symptoms

TB and COVID-19 are actually quite similar in terms of symptoms. These include coughing, fever and difficulty breathing and both diseases primarily attack the lungs. But the key differentiation here is that symptoms of COVID-19 usually appear quickly and disappear after about seven days, while TB symptoms appear at a much slower pace over a number of weeks. This is according to The Truth About TB, a UK-based TB awareness organisation.

The question many might be asking is: will TB patients have a harsher experience of the novel coronavirus? The short answer: probably.

“While experience on COVID-19 infection in TB patients remains limited, it is anticipated that people ill with both TB and COVID-19 may have poorer treatment outcomes, especially if TB treatment is interrupted,” WHO says.

“TB patients should take precautions as advised by health authorities to be protected from COVID-19 and continuer their TB treatment as prescribed.”

Why is a preventable disease such a killer in South Africa?

Remember that TB is not a chronic or incurable condition — it’s completely preventable and treatable, yet tens of thousands of people are dying from it each year. Why?

“TB mortality is often multifactorial,” Dr Farzana Ismail, a pathologist at the National Institute of Communicable Diseases, tells us.

“Late presentation, either through lack of knowledge or stigma, may lead to poorer outcomes. Additionally, having another disease or disorder such as HIV, diabetes or if you’re elderly also increases the risk.”

She adds that poverty is another factor and is often associated with all the other factors too.

READ MORE: Everything You Need To Know About HIV As A Woman: Latest News, Treatments, Breakthroughs

Much of the stigma around TB is closely linked with the stigma around HIV. Because of its glaring association to HIV, many people ignore their symptoms, because they know that their communities will immediately think they have HIV if they’re diagnosed with TB.

“Stigma is one of the biggest problems when it comes to TB, but over the years awareness campaigns have done their best in educating people about the disease, chipping away at the stigma one person at a time,” Dr Nandi Ndlovu, a general practitioner, says.

“With the same breath, a lot more still needs to be done — no one ever has to die from TB. Ever.”

Stigma leads to delays in seeking care and completing treatment, and both are important contributors to death. Dr Ismail reminds us that even Nelson Mandela had TB at some point to further emphasise the point that it is common and completely curable.

READ MORE: How To Cope With Disappointment During Novel Coronavirus, According To A Psychologist

Is enough being done?

Dr Ismail agrees that a lot has been done to fight TB — from new highly sensitive tests to new drugs and prevention initiatives — but she further adds that a bigger focus needs to be placed on patient education and patient support, particularly during treatment.

TB can easily be described as one of the most lethal single infectious diseases in the world. It’s particularly a crisis in India, China, Indonesia, the Philippines, Pakistan, Nigeria, Bangladesh and SA. And according to the WHO, these eight countries account for two-thirds of TB infections in the world.

With all of that said, one would assume that international investment would be pouring in to help aid this crisis — but this doesn’t seem to be the case.

“TB gets a very small slice of the pie despite being the leading cause of infectious disease mortality,” Dr Ismail says.

“It is estimated that there was a $3.3 billion (R48.8 billion) shortage of funding in 2019. Even in news coverage, it is often under-reported and stands as the poor sibling of HIV — this has changed in recent years, but a lot more can still be done.”

This TB awareness month, let’s all raise our voices and offer any kind of information and awareness on this issue on the platforms we voice ourselves on. Whether it’s sharing an infographic on your Twitter or Instagram page, or simply retweeting an informative thread – we each have a role to play in finally putting an end to our country’s biggest killer.