Your No-B.S. Guide To Your Vagina And Everything Around It

Consider it a deep dive.

It’s often used to describe your ever-elusive lady parts as a whole, but it’s actually a misnomer: Your vagina’s technically inside of your body (that’s why an gynae has to use a speculum to see it); what many women are referring to when they say “vagina” is actually the vulva—your external genitalia. Mind = blown, huh?

Familiarising yourself with…yourself can help avoid uncomfortable issues that may be easily preventable. “Female reproductive anatomy is quite delicate, so knowing your anatomy, and, in many cases, unique sensitivities can help you stay healthy by avoiding the products, activities, and/or procedures that might disturb this fragile environment,” says Dr. Mary Jane Minkin, a board-certified gynae and a clinical professor at Yale University School of Medicine.

Another perk of knowing how you work: “For the love of sex,” says Minkin. Knowing what’s going on down there can help you be comfortable on your own and confident in asking a partner for what you want. Ready for vagina anatomy 101? Time to dive in.

READ MORE: This Is What 6 Different Types Of Labia Really Look Like 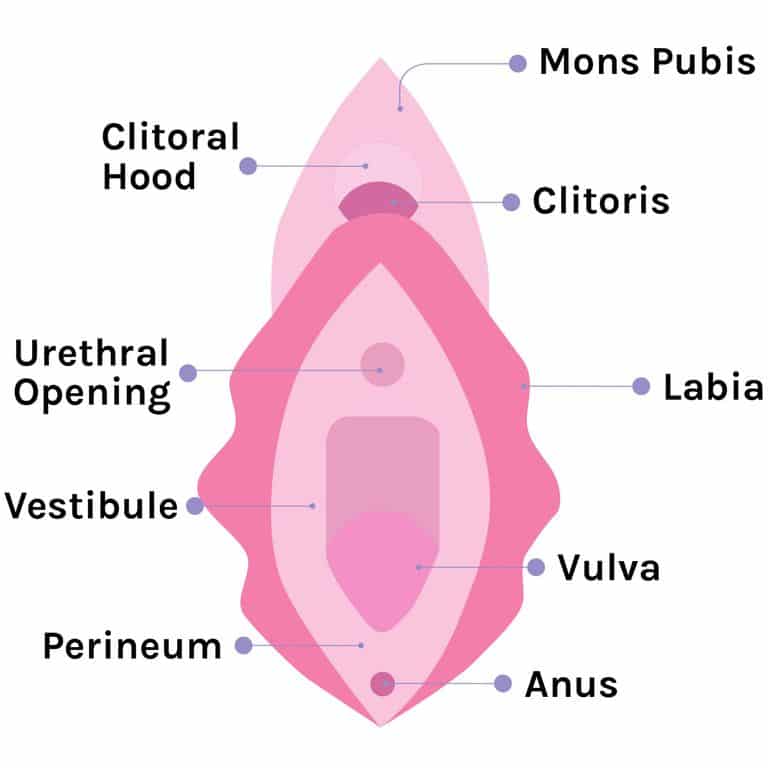 “The mons pubis refers to the soft mound of fatty tissue where most pubic hair grows,” says Minkin. The texture, thickness, and abundance of pubic hair can range in women, but loss of hair down there could indicate illness, while sudden, excessive growth can indicate a hormonal abnormality.

The labia’s function is to surround and protect the clitoris, urethral opening, and vaginal opening, says Minkin. There are two of them: the labia majora and the labia minora.

“The labia majora refers to the large or outer lips that surround the vagina; in young women, they tend to be plump and full, and in older women less so,” she says.

“The labia minora are the ‘minor lips that surround the vagina, starting at the clitoral hood and ending right below the vaginal opening. Unlike the labia majora, the minora has no fatty tissue and are very thin.”

The inner labia are also lubricated and oily to protect your vagina from any weird invaders. It’s very rare to have issues with your labia; size, texture, and color can all vary. But if you’re experiencing irritation that won’t go away, tell your doctor.

READ MORE: “Is It Totally Normal If My Vagina Is Always Wet Or Should I Be Worried?”

The clitoris is located where your labia minora (inner lips) meet, toward the front of your body. Externally, it’s a small pea- or bean-sized nodule that becomes swollen when you’re aroused (kind of like a penis). It’s covered by a fold of skin called the clitoral hood, says Minkin.

But it doesn’t stop there: Internally, the clitoris is about five inches long, and extends along both sides of the vagina.

Oh, and it’s super-sensitive: “The entire clitoris contains more than 8,000 highly sensitive nerve endings,” says Minkin. In fact, it’s a woman’s most erogenous zone and the primary source of human female sexual pleasure. “For many women, this is the only source of orgasm,” she adds.

The urethral opening is the tiny hole that you pee out of, located right below your clitoris.

Vaginal opening (a.k.a. vestibule or introitus)

“When most women refer to the vagina, they are really referring to the vestibule,” says Minkin. It’s the area immediately outside the vagina that extends from the labia minora to the hymen.

Anything that enters or leaves your vagina has to pass through the vaginal opening—menstrual blood, babies, penises, tampons, sex toys—you name it.

“This soft, sensitive territory lies between the vaginal opening and the anus and is sometimes quite short,” says Minkin. When relaxed, this area can facilitate birth—but it can also be torn, or cut by your doctor during birth (a.k.a. an episiotomy) if needed.

READ MORE: Your Itchy Vagina Might Be Caused By One Of These Hidden Culprits 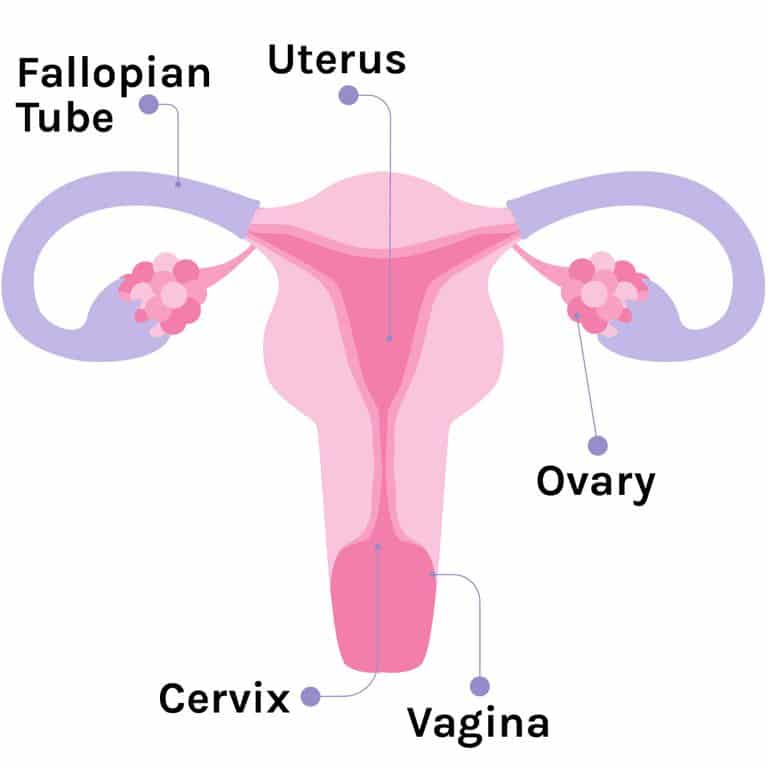 You have two ovaries—one on either side of your lower abdomen, below your belly button. “This is where the hormones—including estrogen—that trigger menstruation are produced,” says Minkin. “They also store eggs, and release at least one each month for possible fertilisation, which is known as ovulation.”

You also have two fallopian tubes that extend from your ovaries to your uterus. “After the egg is released during ovulation, it moves into the fallopian tube, where it stays for about 24 hours, waiting for a single sperm to fertilise it,” says Minkin.

“If fertilisation doesn’t occur, the egg moves through the uterus and disintegrates,” says Minkin. That’s what eventually causes your period—when those hormone levels begin to fall and your body starts shedding the uterine lining.

If there is a sperm available to fertilise the egg, however, the fertilised egg stays in the fallopian tube for three to four days before moving into the uterus for implantation, says Minkin.

READ MORE: How Much Vaginal Discharge Is Normal?

Also known as the womb, this muscular organ—located in the lower abdomen between the bladder and the rectum—is usually the size of a small pear when a woman isn’t pregnant.

“If an egg is fertilised and becomes an embryo, it attaches to a wall of the uterus, creates a placenta, and develops into a baby,” explains Minkin. “During pregnancy, the uterus expands to hold whatever it needs to, whether a six-pound baby or quadruplets. During labor, it contracts to push the baby down through the cervix and into the vagina for birth.”

Also, fun fact: The lower part of your uterus actually lifts toward your belly button when you’re turned on. This process is called vaginal tenting, and is a way for the vagina to make more room for whatever wants to come in.

The cervix connects your uterus to your vagina. “It looks like a donut with a tiny hole in the middle” to let menstrual blood out and sperm in. “During labour, it opens or ‘dilates’ fully to allow the baby to pass through to the vagina to be born.”

You can typically feel your cervix at the end of your vagina if you insert your fingers. It’s also what gynaes take a swab of during a Pap test (cue the cringing). Luckily, your cervix acts as the gatekeeper to the rest of your body—so don’t worry about tampons or other objects getting lost inside you.

“The vagina is an elastic, muscular canal with a soft, flexible lining that provides lubrication and sensation,” says Minkin.

The vagina receives the penis during sexual intercourse and serves as a conduit for menstrual flow from the uterus. During childbirth, the baby passes through the vagina (or birth canal).

A healthy vagina is a rich, deep pink color and has a number of accordion-like folds on the interior walls that allow for maximum elasticity. The vaginal wall is about three to four millimeters think and often appears moist.

And there you have it—the vagina anatomy deets every woman should know.