What Exactly Is Cryotherapy – And Can It Really Heal Injuries?

Would you hit the deep freeze?

Cryotherapy is a cutting-edge treatment that claims to help a range of hurts, from post-gym soreness to fibromyalgia – all while you chill at temps of -120°C wearing nothing but a sports bra and shorts. WH deputy editor Wanita Nicol tries it

Very simply, cryotherapy is a cutting-edge rehab treatment that exposes patients to temps so low that your body goes into survival mode, pulling blood away from your extremities to your core in order to keep your vital organs warm and functioning.  The result is a reduction in inflammation, pain and swelling.

From the outside, Cryozone’s portable cryotherapy facility, first of its kind in SA, cutting-edge technology, looks like a hair salon on the train station deck. And then the door opens and this cold fog comes billowing out, followed the Boland women’s cricket team, all in bikinis, rubbing their arms with their hands. It’s a scene straight out of Star Trek – I almost want to ask which planet they just beamed in from. 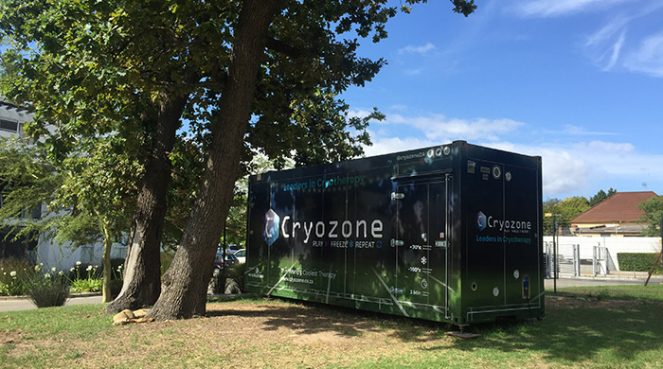 You have to wear Crocs.

You have to expose as much skin as possible to the cold, but you want to protect your extremities, so my uniform consists of a headband covering my ears, woolly mittens, two pairs of knee-high socks, shorts, sports bra and a pair of Crocs – supplied and nearly a deal-breaker. There’s also a surgical mask on offer but I turn it down so I can reap the added benefits of a cryofacial! First, you cool down.

You start with one minute in an antechamber cooled to a balmy -70°C to acclimatise you to the big freeze to come. This first chamber’s smaller than the main attraction, but, designed for three peeps, still a comfortable fit for me and a colleague from Men’s Health. 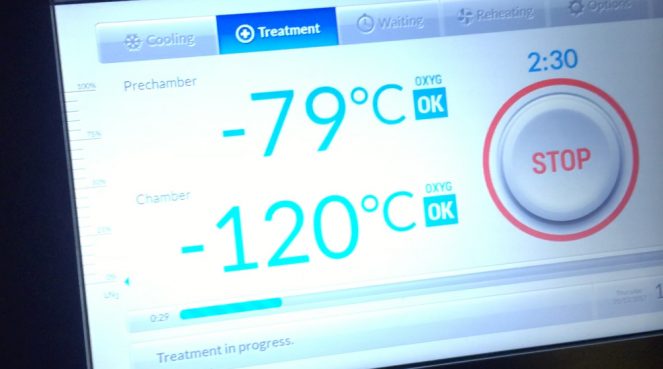 Then it gets really cold.

Despite the cool-down, it’s still a shock entering the main chamber. I’m that girl who wears a jersey in summer ’cause it’s chilly in the shade. At -120°C my body goes stiff and tries to hyperventilate. I control my breathing by inhaling through my nose as instructed. But all moisture in my nostrils has frozen and each breath feels like breaking through a very thin layer of ice – like when the ice tray’s only been in the freezer for half an hour. My shorts feel crisp against my legs. To stave off stiffness, I dance badly to Bad Blood (yes, Tay-Tay is playing in the cryo chamber!) and weirdly, after less than a minute, I’ve become used to the chill. My skin feels hypersensitive but not uncomfortable – although covering abrasions is advised – and my body feels inexplicably warm. 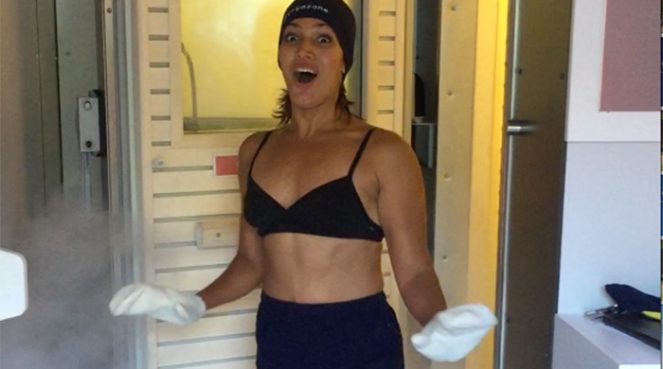 When we step back out into 24°C my skin feels tingly and I can feel the warm air softly making contact with it. My body heats up quickly and I have to kick off the Cros, which suddenly feel unbearably cold. I also feel euphoric, like I’ve just sucked on pure oxygen. My shoulder muscles, previously stiff from gym, also feel less sore, although after only one session, that could be my imagination.

Cryozone offers cryotherapy to both elite athletes and us regular peeps. A single treatment will set you back R500 or you can buy a package of ten at R350 per session.

COMING SOON! We’re challenging some of SA’s top athletes and fitness personalities to hang out with us in a cryochamber. Wan to see if they can stand the cold? Follow Women’s Health on Facebook for details.