And how she feels about being labelled "plus size"

Marciel Hopkins is gorgeous… tall, radiant with a thick mane of hair straight out of a shampoo ad and curves we’d sell a kidney for. But when she first tried to sign with modelling agencies, they told her she was, “too big for her body”. Riiiight. Well, she launched a successful international modelling career anyway and now the former Miss SA finalist is inspiring other young women and girls to follow her example and be unapologetically themselves. As if that’s not enough, here are five other reasons you’re going to love Marciel as much as we do.

Marciel grew up on a farm in the Western Cape where her dad was a winemaker. “I had little goats and geese as my pets,” she recalls in her cover interview in the November issue of Women’s Health. She was a natural leader from a young age and also excelled academically. Greatness was always in her future. 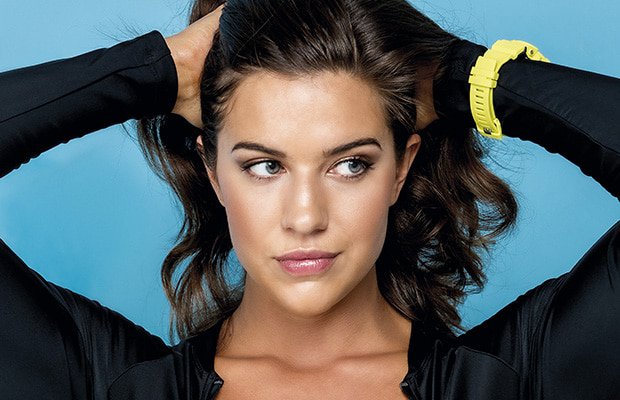 2/ The way she finds the positive in every situation.

As a student, Marciel decided to enter Miss SA and made it to the top 12. But during that time she went to pretty drastic lengths to lose weight. In the WH interview, she candidly describes her obsessive training and diet regime, which she calls a ‘borderline eating disorder’. It included four spinning classes a day, most days of the week (yes, four!) and cutting out sugar, wheat, dairy, red meat and alcohol.

READ MORE: Connie Ferguson Dishes Her Secrets For Looking This Good At 49!

She became so single-minded about her diet that it started to impact her relationships with family and friends. Yet, Marciel still manages to find a positive in the experience. She credits her time as a pageant finalist with giving her the confidence to pursue her secret dream of modelling.

3/ Her ongoing campaign against attaching labels to women.

“People ask me how I can say I’m plus-size. But it wasn’t me who gave myself that label, it’s the industry,” Marciel says in her interview. She uses her social media and platform as a model to speak out against this kind of narrow thinking around women and their bodies.

London heatwave feels: The fashion and beauty industry shouldn’t call women plus size and expect us to feel good about it. It’s a bizarre term that we need to do away with, as it implies that more then half of the world’s population of women are overweight! It’s a dangerous term to use to describe women’s bodies, as it can and does lead to massive self-esteem issues and eating disorders 🤔 From the moment I signed up to become a size 14 model, “plus size” was written all over every brief I was ever optioned for. Fast forward 3 years and I am still being criticised for not being plus size “enough.” People expect me to be bigger than what I am when they see me in person, because of this bizarre term I was labelled with without ever choosing it for myself. I stand for being healthy and happy in your own skin, in whichever shape or size that might be for your unique body 🔥💪🏼 Thanks for embracing and including different shapes and sizes @figleavesofficial, it was such a pleasure to work for you. H&MU @daniguinsbergmua 💋 #healthnotsize #inshapemysize #bodypositive #beautybeyondsize #MOTModels #London #summer #heatwave #tropical #pool #bikini #swimwear #selflove #everybodyisabikinibody

4/ A healthy attitude towards exercise.

In a world where “no days off” has somehow become an inspirational exercise mantra, the woman who once did four spinning classes a day is done with that kind of obsessive attitude to fitness. She trains three days a week and leaves it all on the gym floor (HIIT is her friend), then enjoys her rest days, guilt-free. “If I’ve done my three times, then I don’t feel obsessed to go again, but if I train, I really train!” she says. And her reason for training? It makes her feel good. Simple as that.

How you eat should be intuitive, she says in her interview, adding that she doesn’t believe in diets. “How can something tell me what I should eat on Friday? It should be intuitive. If I’ve eaten my pizza on a Sunday, then I know when Monday comes it’s back to veggies. We need to listen to our bodies and not eat out of habit or boredom.” We’ll raise a pizza slice to that! 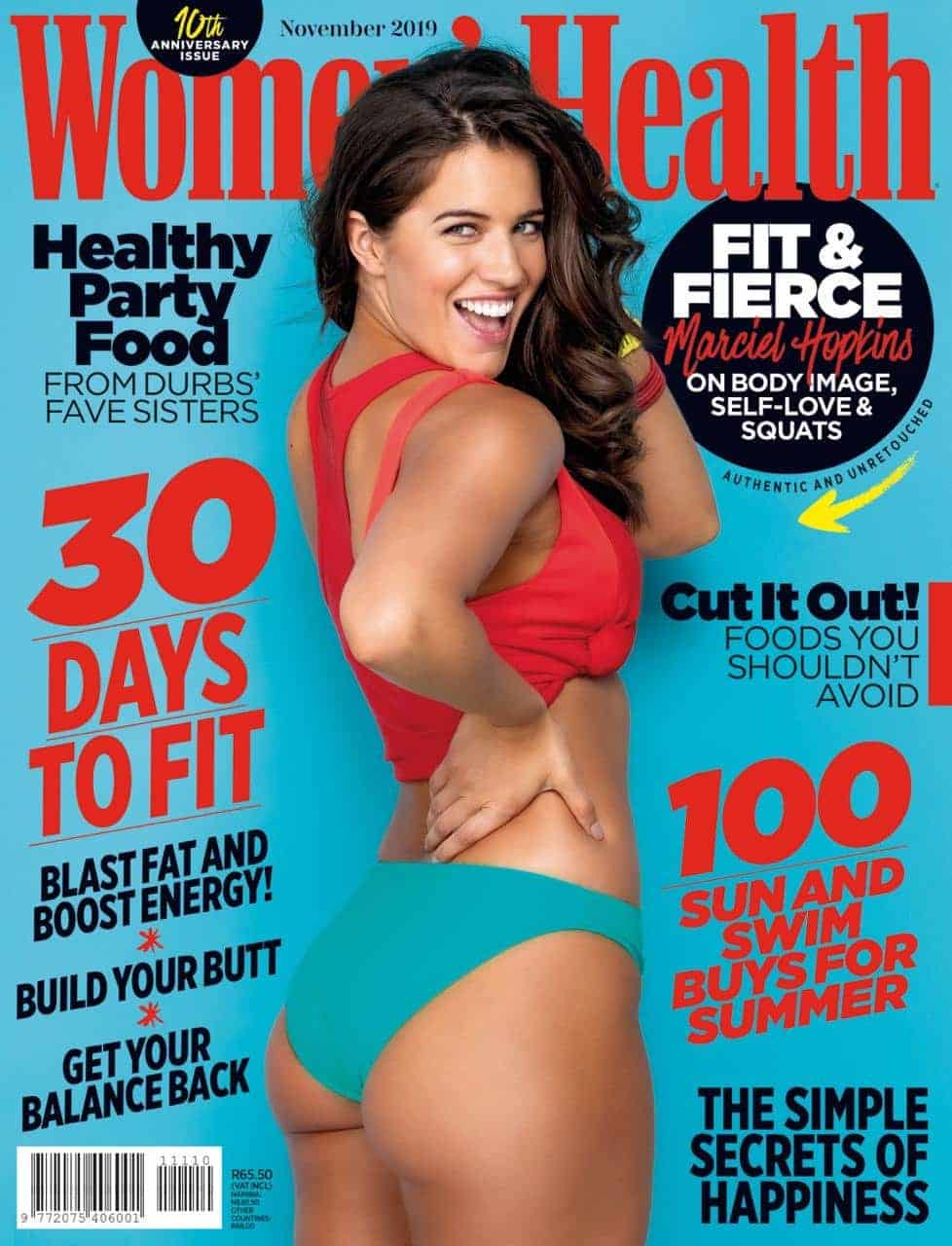 The November issue of Women’s Health is on sale now! Read more about Marciel (including her epic cheat day!), find your perfect summer cossie whatever your shape or budget and kickstart your fitness with our 30-day challenge!