6 Times Women Went On Strike To Fight For Gender Equality

In the wake of last year’s Women’s March — which saw millions of people around the globe take to the streets in protest against Trump being sworn in as President of the United States — there was a call from the original Women’s March organisers to continue the fight to make female voices heard. How? With a strike on International Women’s Day. Women in more than 30 countries took part in the strike.

A Day Without A Woman called for women around the world to stay home from work to send a message about the value of women in the workforce. “On International Women’s Day, March 8th, women and our allies will act together for equity, justice, and the human rights of women and all gender-oppressed people, through a one-day demonstration of economic solidarity,” the organisers wrote on their website. The aim of the strike was to show in numbers the “enormous value” of women in society and in the economy in general, despite obstacles such as lower wages, discrimination, and sexual harassment.

READ MORE: Trump Just Signed A ‘Gag Rule’ On Abortion — And It’ll Affect Us Too 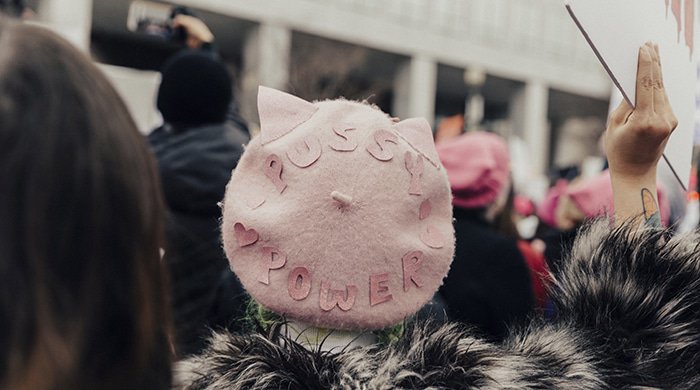 The strike aimed to emphasise the value of unpaid labour and care work. Since you can’t exactly leave your kids unattended, the demonstration called for men to lean in to responsibilities at home.

READ MORE: The Dutch Are Stepping In After Trump Pulls Funding For Women’s Abortions 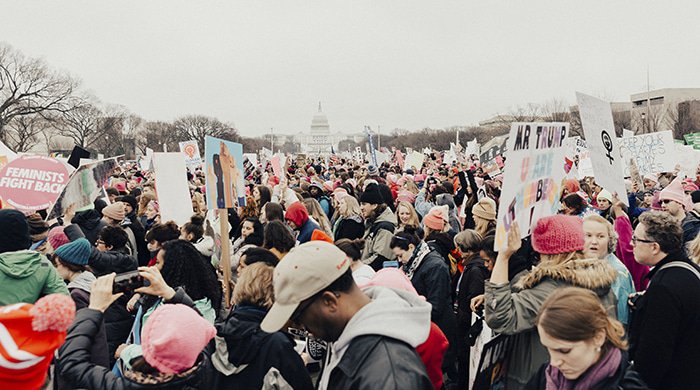 “When millions of us stood together in January, we saw clearly that our army of love greatly outnumbers that of fear, greed and hatred,” the organisers said. “Let’s raise our voices together again, to say that women’s rights are human rights, regardless of a woman’s race, ethnicity, religion, immigration status, sexual identity, gender expression, economic status, age or disability.”

Though this isn’t the first time women have gone on strike for equal rights:

1. Women marched on Versailles during the French Revolution

The march on 5 October 1789 in Paris was one of the most significant events of the French Revolution. A group of women in a market protesting the price of bread soon turned into a thousand-strong crowd who merged with revolutionaries and marched on the Palace of Versailles, which was eventually taken over by the mob.

2. The US women’s parade over voting rights

In 1913, the day before President Woodrow Wilson was sworn into office, 8 000 people marched through Washington in front of thousands of spectators (mostly men) who where there to watch the presidential inauguration. The suffragette march marked the the beginning of a seven-year battle for women who wanted the right to vote. They eventually won the right to make their mark in 1920.

In 1956, more than 20 000 women descended on Pretoria to protest the Apartheid government’s pass laws. It was one for the largest demonstrations In South African history, and was organised by the Federation of South African Women, who played a key part in South Africa’s anti-apartheid resistance.

In 1975, thousands of women turned out for the demonstration against gender discrimination and inequality in the workplace. It was one of the most significant and effective protests in Icelandic history.

Last year, polish women fought back at the government’s proposal for a total ban on abortion when they took to the streets in protest over reproductive rights. The demonstrations literally brought Poland’s economy to a standstill, when businesses were forced to close across the country during the strike.

Femicide rates are high in the South American country — according to the NGO La Casa del Encuentro, a woman is killed every 30 hours in Argentina because of her gender. After an attack in which a teenage girl was raped and murdered made headlines in October last year, women across the country stopped working for an hour to take part in a gender-based violence strike.

International Women’s Day initially sprung out of activism by working women. This year, it is an opportunity to draw attention to the injustices which are continually inflicted on the women in our communities who have the least capacity for recourse. Will you joining the ‘A Day Without A Women’ movement?

Looking for more? Here’s what every woman should know about the ‘Morning After’ pill.