Deputy ed Wanita Nicol joined Riaan Manser snorkelling with seals for the show How To Adventure.

Ever wondered whats seals are like up close? Turns out you can find out, right here in SA. This is what it’s like to go snorkelling with seals in the ocean.

Earlier this year adventurer Riaan Manser invited me to go snorkelling with seals for his new TV series How To Adventure. Thinking of trying it? Here’s what you need to know.

1/ You’re Unlikely To Be Eaten By A Shark

Our expedition was organised through Cape Town Bucket List, a company in Hout Bay, Cape Town. And if you know anything about Cape Town, you’ll know that Hout Bay is basically the N1 highway for Great White Sharks – whose primary food source is Cape Fur Seals. Yikes. Avoiding becoming a not-so-happy meal all comes down to location. A speed boat takes you out to Duiker Island, home to a colony of over 10 000 seals. The water here is pretty shallow, which isn’t ideal for Great Whites, which like to hunt from below. Element of surprise and all that. Sneaky. So the sharks prefer to hang around other islands in the vicinity where sharp drop-offs make for better hunting. That’s not to say there’s no chance of a shark encounter, but it’s unlikely.

READ MORE: Should you get a bikini wax when you’re on your period?

They may look all cute and blubbery, but seals are aggressive animals on land. Especially the big males. In the water, though, they really are the dogs of the sea. It was the young ones that came up to us first. Small and agile, they swim right up to your face, then dart away at the last second. Their eyes become very big underwater and silvery, almost glowing. It’s an enlargement of their pupils that gives them excellent eyesight in the dim, refracted light. They’re exceptionally curious. You won’t need to look for them, they’ll come to you, swimming loops around you, floating in front of you, staring into your eyes. You get briefed not to touch the seals, but they clearly didn’t get that memo. Like dogs, they explore with their mouths. They’ll nibble gently at your wetsuit with their front teeth and tug at your gloves. One swam under my arm and snuggled up against my tummy like a puppy. Another made off with a camera man’s glove. When the big ones enter the water it’s a little scary. Especially because, out of the corner of your eye, they look alarmingly like sharks. But they keep their distance, so it’s all good.

READ MORE: These yummy flapjacks are Actually the best thing to eat after a workout.

3/ You Don’t Need Your Own Gear

All you need to bring along is a swimming costume. The crew supplies a thick wetsuit with cowl and booties, along with your flippers, snorkel and mask. Back on land, there are adult-sized hooded towels for wrapping up and drying off. 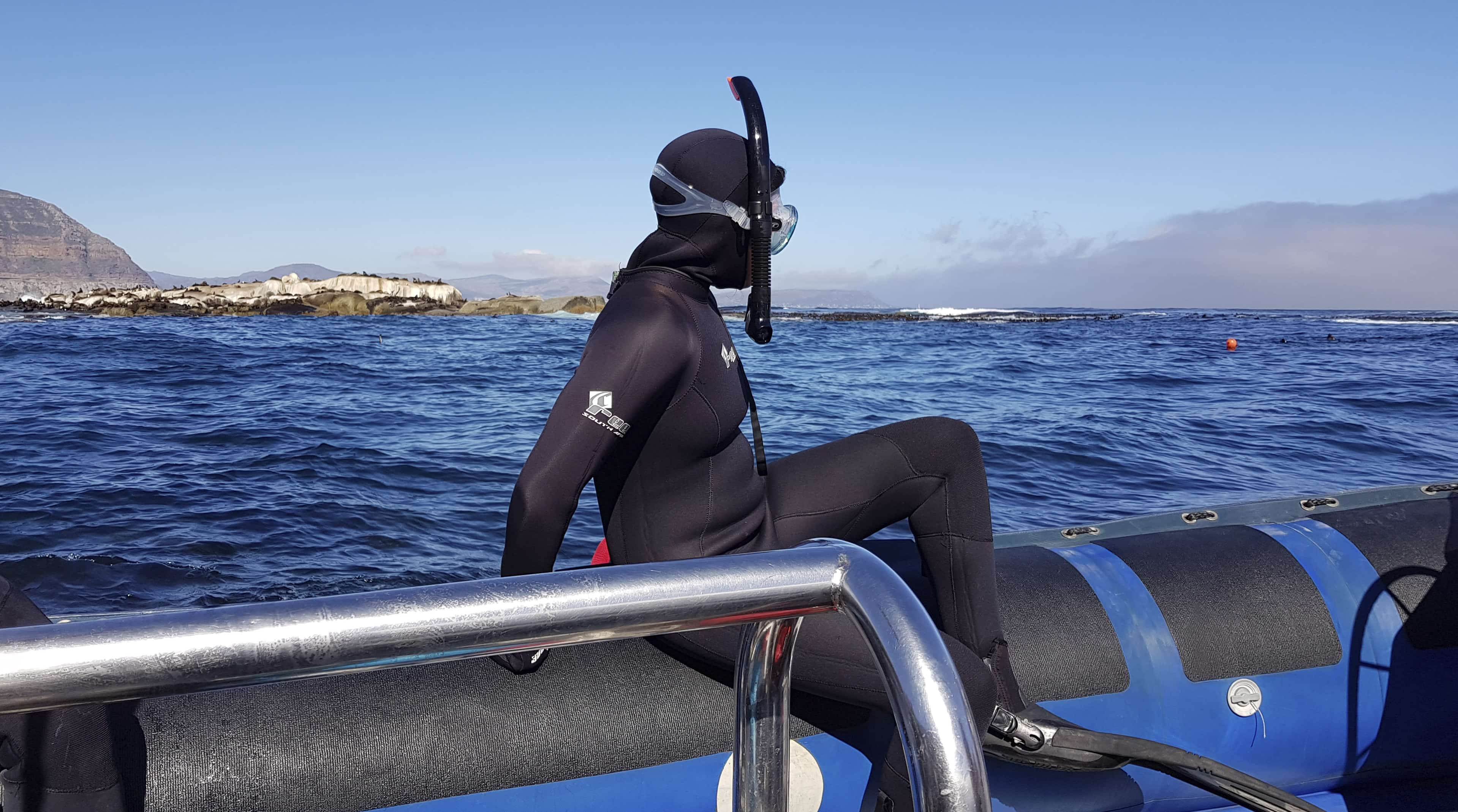 You spend about an hour in the water with the seals. The current isn’t too strong, but there are swells and you need to be fit enough to swim for an hour, even if it’s gentle paddling. On that note…you need to be able to swim. If you have a mask and snorkel gathering dust in your garage, try get some practice in beforehand. Breathing through a snorkel takes a bit of getting used to when you’re out of practice, as I discovered while gurgling seawater 30 seconds into the sesh.

Even with a thick wetsuit, Cape Town’s notoriously cold ocean starts feeling a little chilly after a while. When I came up to catch some sun, the crew offered me hot water. I refused, quietly thinking, how snoep of them to not even throw in a tea bag. It was only later that I discovered the hot water gets poured down your wetsuit to warm you up. Could’ve, would’ve, should’ve. There are also no toilets available at the office or on the boat, so make a wee before you go. 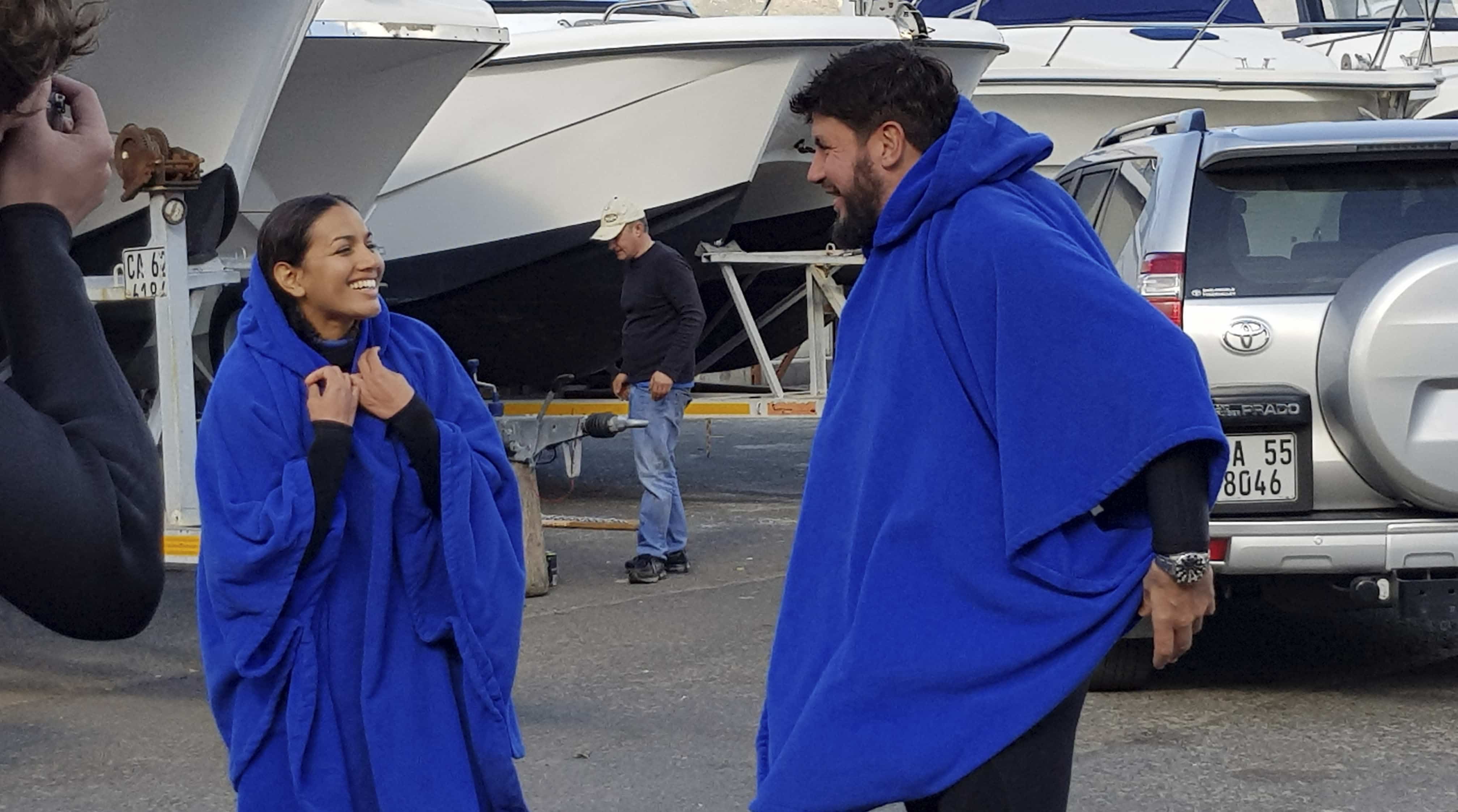 Watch it all go down: How To Adventure with Riaan Manser is on Discovery Channel 121 on DSTV, Tuesdays at 9pm. Each week Riaan does a different adventure activity with a different guest. Snorkelling with seals is on Tuesday 28 November.

Go snorkelling with seals: It costs R750 per person, including gear rental, hot chocolate and biscuits. If you go out of season, it’s cheaper.