Right from the first day of 2017 we've wasted no time showing the boys who's boss.

By Michelle October; Photograph by Unsplash

Right from the first day of 2017 we’ve wasted no time showing the boys who’s boss.

First up, we started out with an international march against sexist economic policies like Trump’s global gag rule. And at this year’s SAG Awards, celebs were swift in vocalising their views. In short, women were not to be trifled with in 2017. Here’s a round-up of women famously shutting down casual sexism this year.

In a world where women are expected to aspire to male-prescribed standards of beauty, ThickLeeyonce, a plus-sized model, photographer and leader of a growing movement for fat acceptance in South Africa, went viral. A tweet was posted showing a skinny model next to Leeyonce. The caption read “Girls that I like vs Girls that like me.” Lee’s response? A simple, vicious “I don’t like you.” It also got the attention of Nicki Minaj and Ariana Grande, and was picked up by media in America, including Buzzfeed. Iconic.

Watson famously decided to take on the role as Belle under the condition that her character wouldn’t be a “typical” Disney princess without agency. Instead of her father, Belle is the inventor, and no restrictive corsets. The movie was, of course, a roaring success. 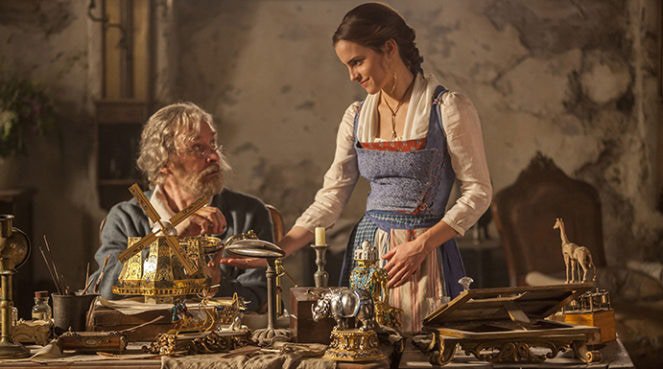 Casey Affleck faced sexual assault charges in 2010, and the cases were settled out of court. And while the charges were kept mostly quiet this award season, it didn’t stop Larson from expressing her… lack of enthusiasm. While everyone applauded, she stood to one side, arms at her side.

And it turns out, (well-documented in this BuzzFeed article)  she’s been trolling Trump’s misogynistic and racist views for years. Our favourite one has to be this severe burn during his inauguration, highlighting the perverted nature of the now-President Trump:

what a beautiful prayer. makes me wanna grab my puss

You may remember when Alicia Keys went make-up free (and did no less than four iconic magazine covers, all fresh-faced). This year, Adam Levine, co-host of The Voice with Keys, commented on her wearing some make-up when she was “supposed to be” going make-up free. Her response? “I do what the fuck I want.”

Initially started by social activist Tarana Burke, the #MeToo movement grew monumentally when actress Alyssa Milano tweeted about it, encouraging women to join in to demonstrate the magnitude of sexual harassment. It’s clear that the days in which men aren’t held accountable for their actions are numbered.

If you’ve been sexually harassed or assaulted write ‘me too’ as a reply to this tweet. pic.twitter.com/k2oeCiUf9n

Our April cover star is outspoken about everything from her sexual assault at the age of 19, to the way Hollywood prioritizes whiteness over the problems of its black members. The topics in her hugely successful book, We’re Going To Need More Wine, cover much the same subject matter, along with other personal struggles. Though she’s been saying no to patriarchal bullshit for years, this year we really sat up and took notice — and it was long overdue.

This article captures exactly what i’ve been feeling! THANK YOU! https://t.co/NIajUOEgSQ

8. Simone Biles Clapping Back To Comments On Her Not Smiling

Simone will have all the gold medals and none of your bullshit, thanks. The gymnast was on Dancing With The Stars, at the end of a brilliant performance the host commented that he thought she should smile more because of all the compliments she was getting on her performance. She replied with the perfect response: “Smiling doesn’t win you gold medals.” Shut. Down.

Following the success of Stranger Things‘ season two, one guy challenged Twitter users to a duel between Eleven and Matilda, the beloved telekinetic heroine. But Mara Wilson, the actress who played Matilda in the 1996 film, clapped back at the pitting of two women against each other.

Matilda and Eleven would choose not to fight, and would instead become friends.