Give it a go, you'll be surprised how meaty it really is.

There’s something very comforting about a bowl of pasta and a “meaty”, tomatoey sauce, i.e. spaghetti bolognaise, that other pastas just can’t compete with. Since becoming vegetarian as a teenager and then vegan a few years ago, I’ve experimented with different meat substitutes for a bolognaise sauce, including lentils and soy mince, and have been very happy with the results. These sauces have 100 percent offered that all-important comfort factor.

But I’m always looking to develop and try new recipes, so when Woolworths sent the WH team a box of goodies, including BeyondMeat burger patties, I was so excited to see if I could use these as yet another substitute for mince in a spaghetti bolognaise recipe.

But what is a Beyond Meat Beyond Burger, you ask? According to their website, it’s “the world’s first plant-based burger that looks, cooks and satisfies like beef without GMOs, soy or gluten.” Each burger contains 20g of protein and they’re made using peas, mung beans and rice, which provide a complete protein. “Using heating, cooling and pressure, we create the fibrous texture of meat from plant-based proteins. Then, we mix in fats, minerals, fruit and vegetable-based colours, natural flavours and carbohydrates to replicate the appearance, juiciness and flavour of meat.” 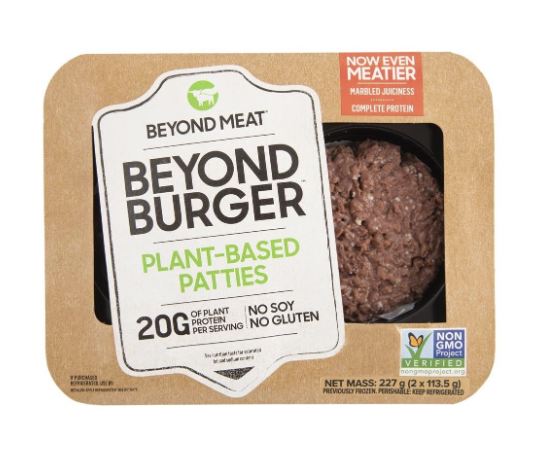 Beyond Meat Beyond Burger Plant-Based Patties

The recipe turned out even better than I thought it would and even my meat-eater husband gave his nod of approval (which is a pretty big deal). This spaghetti bolognaise is definitely my new favourite meal and I’ll probably be making it most weekends for the foreseeable future. Make it with me using the recipe below.

This recipe will make enough for two hearty portions.

READ MORE: 8 Best Vegan-Friendly Restaurants To Eat At Without Any Guilt