Dating An Older Man? Here’s Exactly What To Expect

Do you get turned on by thought of a man who’s got his finances all figured out? Or maybe a salt-and-pepper beard just gets you going? If you answered yes to either of these questions, you might want to consider dating an older man.

Don’t worry, you’re in good company. Amal and George. Beyoncé and Jay-Z. Blake and Ryan. These celebrity couples all have age gaps that span at least 10 years. And they all seem to be making it work.

But there are a few things you should consider before jumping into a relationship like this, including emotional maturity, finances, children, ex-wives and so much more. So I tapped two relationship experts, clinical psychologist Dr Chloe Carmichael, and integrative holistic psychotherapist Rebecca Hendrix, to break down the most important things you should consider before dating an older man.

READ MORE: 10 Ways To Have A Happier (And Sexier) Marriage ASAP, According To Relationship Experts

1. You may not be in the relationship for all the right reasons.

“We don’t really know who someone is for the first two to six months of a relationship,” Hendrix says. So it’s really important to ask yourself why you’re so attracted to any person, but especially one that’s significantly older than you.

You could be projecting stereotypes on to them just because of their age, Hendrix says. Maybe you think they’re more settled or assume that they travel a lot because you met on holiday, but the truth is they’re not even looking for commitment and they only go on holiday once a year. If you’re attracted to someone older, Hendrix usually advises her clients to just bounce the idea off someone you trust first.

If your S.O. is an older man, he may have a more flexible work schedule (or even be retired, if he’s way older), which means more free time for you. This can be refreshing for many women, says Hendrix, especially if you’re used to dating guys who don’t know what they want (out of life or in a relationship). But the truth is, this grateful feeling can be fleeting.

“The things that are very attractive or exciting to you right now are likely to be the same things that annoy or concern you later on,” Hendrix says. Fast-forward a year into the relationship, and his less-than-busy schedule could feel stifling, Hendrix warns. Maybe he wants to go on romantic weekend getaways every Friday, but you can’t leave work until 8 or 9 p.m. because you’re still climbing the corporate ladder and have a few more years of grinding to do. You may find that you two have different ideas about how you want to spend your time together.

On the flip side, you might find that an older man has less time for you than you’d hoped. If he’s in an executive-level position at a company, he might work late nights, which means dinners out with you aren’t going to happen often. Or perhaps he’s just a man of routine (fair, at his age), and work has trumped everything else for so long, quality time just isn’t on the top of his priority list. Are you cool with this? If not, and this is the case, you might want to have a chat—or date younger.

3. You might not be as emotionally mature as you think.

Yes, I said it! He’s been in the game longer than you, which means he could be more emotionally intelligent. But this isn’t necessarily a bad thing. You want someone who knows how to fight and handle conflict, Hendrix says.

But you have to be sure you’re on the same emotional maturity level as him. Otherwise, “all of the things that can tend to make a relationship work—shared experience, values, communication, ability to handle conflict—could become obstacles or areas of disconnect,” Hendrix says.

An older man might not want to play the back-and-forth games of a younger gentleman. Instead, he might be super direct and feel comfortable saying exactly what’s on his mind, Carmichael says. But are you? Dating an older man might require you to become more vulnerable and let down a few your typical guards.

READ MORE: What You Need To Know About The Disturbing Sexual Assault Trend Called ‘Stealthing’

4. There might be an ex-wife or children in his life.

If he’s got more than a couple years on you, then he’s likely had a couple more relationships, too. And one of them may have even ended in divorce. Again—not a bad thing. If your man has been through a marriage that didn’t work out, “they tend to approach the second marriage with more care and wisdom, bringing along lessons they learned about themselves as a partner in the previous relationship,” Carmichael says. (Woot!)

That said, if he has kids from that relationship, that’s something else to consider. How old are his kids? Does he see them often? Will you be involved in their lives? This requires a serious conversation. Integrating into his family could prove to be more difficult than you thought, especially if he has older daughters, Carmichael says. Studies show daughters are less receptive to bringing a younger woman into the family, she notes.

5. Your life trajectories could be headed in completely different directions.

If the older man you’re seeing is someone you’re seriously considering spending the future with, you may want to actually talk about your futures. Chances are, he may have a completely different picture of what the next 10 or 20 years look like. “Even if you were dating someone your own age, you wouldn’t want to assume they had the same trajectory for their life as you did,” Carmichael says. And you definitely don’t want to do that in a relationship with a sizeable age gap, since they probably have a more concrete picture of the next few years.

Maybe you want to get married and have two kids, move out to the country and retire somewhere on a vineyard. But he’s been there, done that. He has the kids, a retirement house far from the city, and is one maintenance payment away from hiding his money offshore. (Let’s hope not.)

It’s important to understand what both of you want your lives to look like in the future. Try saying: “I know that you’ve probably already done a lot of the things in life that I want to do,” Carmichael recommends. Then ask him if he’d be willing to do those things (think: marriage, kids, travelling often), again. This gives the person a chance to say, “Yeah, I’d love a second chance at doing those things,” or “No, I’m more interested in enjoying my freedom.” Either way, after this conversation, you can make an informed decision about whether your futures actually align.

6. Your sex drives may not be the same.

“Within every couple, regardless of age, there’s always someone who wants more sex or less sex,” Hendrix says. “But that can be even more pronounced with big age differences. An older person has an older body, and an older body can tend to have less energy and a different sex drive.” But this can also be solved by discussing sex openly and whether both of your needs being met. It’s not a deal breaker… just a tough conversation.

READ MORE: How To Get Over A Breakup And Really Move On From ‘That One Person’

According to Hendrix, older men tend to be good communicators because they have been in serious relationships and they want to get it right this time (remember: emotional maturity). But you might reach a point of conflict when it comes to the style of communication.

“How that filters down into day-to-day connection might have to be negotiated in the relationship,” Hendrix says. Maybe you prefer that he checks on you throughout the day with a “how’s it going” text. But he’d much rather call you on his lunch break, because texting isn’t his “generation”. That’s something that the two of you will have to work out. Learning each other’s love languages might be a great place to start.

8. You get a sneak peek of his future.

If you’re dating an older man, you don’t have to worry about what he’ll look like when he gets older. “You already get to see a preview of how the person ages and takes care of himself,” Carmichael says. At this point in his life, he probably has his lifestyle down pat. If he looks and feels good and takes care of himself now, it could be a good sign of how he’ll take care of his health, body and mind later on. That’s something you want in a long-term partner… trust.

9. There may be a slight cultural gap in the relationship.

So he’s not on TikTok and The Bachelor isn’t on his weeknight watch list. Do you really care?

“Maybe you want someone who has their finger on the pulse of what’s new, modern or fresh. Not to say that an older person couldn’t do that, but they may not be as up to the minute on every trend,” Carmichael says. It’s something to consider when dating an older man.

But Hendrix says that not having all the same interests or cultural reference points can actually be a really good opportunity to learn from one another. The problem only arises when one person is less flexible or spontaneous, while the other is constantly begging them to try something new. The best fix? You guessed it: compromise.

READ MORE: 7 Hand-Holding Styles and What ~Yours~ Says About Your Relationship

If you’re getting serious with an older man and marriage could be in your future, you’re going to want to think about what your combined finances would look like.

“Just as he might be concerned about your student-loan payments, you have a right to be curious about aspects of his financial health,” Carmichael says. Is half of his money tied up in maintenance and child support? Or are his children all grown up and financially independent?

“Openness should be a two-way street,” though, Carmichael says. So if the two of you feel like you’re in the stage of the relationship where combining finances could be in the near future, it’s important to be honest about where your money is going.

Not sure how to start the convo? Carmichael usually advises her clients to just name the issue. “I love where our relationship is headed, and I’m super excited about our future together. But as things get more serious, I’d love to talk about our financial goals, where our money might go in the future and what it’s currently being spent on now.” If a chunk of your salary is going towards loans or a second bond, say that. Then ask him if there are any large financial responsibilities that he’s concerned about. This will create an opportunity for open and honest dialogue. The conversation might feel a little uncomf at first, but you definitely want to have this discussion well before the vows, Carmichael says.

P.S. An older guy might have more disposable funds to spend on building a life together—if so, fun!—but that’s no guarantee. And you never want to partner up for money… so go back to point numero uno if you aren’t sure. At the end of the day, you want someone who brings out your best self, and there’s no age limit on that. 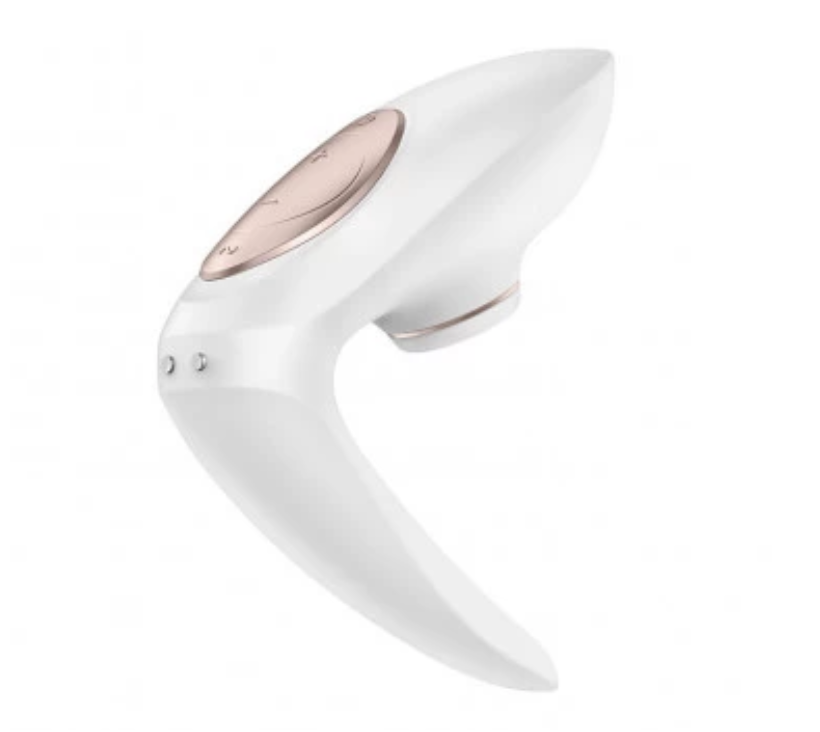