Sooo… How Long Does It Really Take To Fall In Love?

Well, this changes everything.

Cue the eye roll every time some dude says on The Bachelorette, “I’m falling in love with you…”—after spending approximately 457 seconds with the girl. I mean, what?! But if you’ve ever wondered how long it takes to fall in love, you may be surprised to hear this: He may not be full of it. 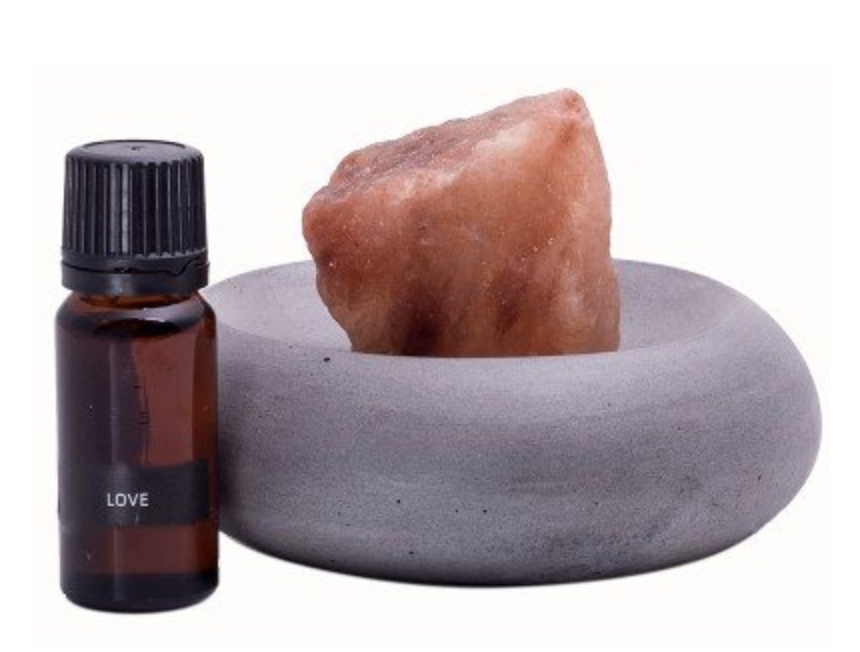 This Sassui Love diffuser set makes a beautiful gift, naturally adding fragrance to any space without the mess and fire hazards of aromatherapy burners.

No, really—it’s science. Physiologically, it takes just a fifth of a second (!) for all those make-you-crazy chemicals to fire at once and produce that in-love feeling, research published in The Journal of Sexual Medicine uncovered (nearly a decade ago).

If that seems freaky fast, it kind of is. Technically, you need only an hour with a stranger, plus these 36 get-close-fast questions, and you can fall in love with anyone, according to research published in the Personality and Social Psychology Bulletin.

READ MORE: Why Being In A Throuple Could Be Your Best Relationship Ever

Past surveys show that men wait just 88 days (that’s under three months) to say those three little words to their partner for the first time, and 39 percent say them within the first month (wow). Women, on the other hand, take an average of 134 days.

If you’re sleeping with this person, expect those mushy feelings to reveal themselves faster—orgasms release bonding hormones, especially in women (more on that later).

And even if your S.O. hasn’t verbalized those feelings, they may still be thinking them. One 2011 study found that men, in particular, considered fessing up to their love six weeks before women did. So If you think he’s behind…he’s probably actually way ahead of you.

Of course, in the real world, you probably want to be sure your partner is employed and isn’t still living with his mother before love chemicals start hijacking your brain. Problem is, that can be tough.

Why? You’re wired for love, whether you want to be or not.

READ MORE: Should You Take A Break From Your Relationship? Here’s How To Tell

“The brain is naturally selected to focus on reproduction, even if you’re not consciously intending to do so,” says Loretta G. Breuning, PhD, founder of the Inner Mammal Institute, professor emerita at California State University, and author of Habits of a Happy Brain: Retrain Your Brain to Boost Your Serotonin, Dopamine, Oxytocin, & Endorphin Levels. “Your brain is focused on survival, and reproduction is the pinnacle of survival.” So romantic, eh?

Regardless of the cause, falling in love feels GOOD. A culmination of several happy chemicals in your brain create a sensation of euphoria that’s akin to hit of cocaine, studies have shown.

If you think you’re falling hard—whether it’s someone you’ve known for years or someone you went on one measly date with—here’s why you’re starting to swoon:

Dopamine is a hormone based on the expectation of a reward that meets your needs. Breuning gives the example of walking into a bar and checking people out. “You have a specific idea of what it takes to meet your needs based on past experiences,” she explains.

As you scan the room, you think, That one. The chase is on. You may not be a tiger, but you like the pursuit of your person. Who doesn’t?

READ MORE: Why A Public Display of Affection Is So Meaningful In A Relationship

Think about oxytocin as the love hormone associated with attachment.

Social isolation was a threat during cavewoman days, and your “mammal brain” is operating under the cards evolution has dealt it, says Breuning. As such, a release of oxytocin helps bond you to a potential romantic partner.

Oxytocin, which women release by the boatload after sex with a mate, also builds trust. (Whether or not they deserve that trust is another matter.)

Consider serotonin a status hormone. “Animals are hierarchical—when you get a higher-ranking partner, it improves the survival of your young,” says Breuning.

What does that mean for you in modern times? You may be attracted to that winning athlete, the person with a cool job, or the jet-setter.

In the animal kingdom, this stuff matters—and it doesn’t mean you’re vapid if it matters to you, too. At the end of the day, this serotonin-status hit can push you to fall in love.

READ MORE: 4 Ways To Reignite That Lost Spark In Your Relationship

Okay, so my brain’s a luuurve cocktail. Now what?

Time to shake it up and see what happens.

As you two get to know each other, dopamine is surging, and the anticipation that you can land them can give you the kick you need to start to emotionally invest.

If they also have the right status (triggering serotonin) and proximity to you (stimulating oxytocin)—and you have positive expectations about the whole thing—you’ll get hit with all three hormones at once. “That’s not something that happens all the time,” says Breuning. The result? You’re falling in love.

Cool—now should I be concerned about falling in love too quickly?

Well, here’s the thing: “These brain chemicals are designed to motivate you to take action to seek an unmet need,” says Breuning. “Once that need is met, those chemicals are no longer stimulated.”

In other words, your brain effectively says,“You found the one. Now what?”

For some, the answer may be to continue searching and chasing that high—a.k.a. emotional or physical cheating. For others, the end result may be feelings of unhappiness. But ideally, once you’ve met a person who checks your boxes and captures your heart, you’ll put in the work to keep them (and vice versa).

Another potential snag, especially in this modern age of social media, is the tendency to compare your partner and relationship to others’.

After the rush of excitement has worn off, “your brain focuses on the unmet need,” says Breuning. “Your partner may have 500 good qualities, but your brain will focus on the 10 they don’t have.”

Common thoughts like, What does everyone think of my partner? or What romantic dates do other people’s partners take them on? are threatening. They give you a grass-is-greener mentality, even when you’re with a solid and worthy match.

So, what do you do? After you fall in love, bask in it. But remember that your brain will soon wants a new dopamine-oxytocin-serotonin hit.

Try not to fall into the trap of comparisons—remind yourself why you went for your partner in the first place, says Breuning. And don’t forget to go after the things that drive you, like a higher position at work or new athletic goal.

That will help ensure those heart-eye-emoji feelings stay put for a happily ever after—no matter how quickly (or not) you fell in love.