How To Have Good Sex (Without Worrying About The Orgasm)

Play close to the edge...

Take the pressure off yourself in bed. It’s not all about the orgasm. Here’s how to amp up your arousal early and stay there as long as possible. You’ll know when you’re there by the SMS test: if your phone buzzed, you’d be more annoyed by the interruption than curious who it was, says clinical psychiatrist Dr Stephen Snyder. Heed these tips to enter a heightened state.

Leaving your clothes on helps take the focus off orgasm and keep it on foreplay. Get to maximum arousal by straddling his leg and grinding your pubic bone against his thigh as you make out, says sex educator Emily Morse, author of Hot Sex: Over 200 Things You Can Try Tonight. The pressure directly stimulates your clitoris while giving you total control of the rhythm.

READ MORE: “My Guy Used A Vibrating Cock Ring During Sex – Here’s What It Was Like”

Getting wet and sudsy helps you find erogenous zones you may not have realised you had. Ask your guy to rub down your back and shoulders with a sponge, then have him switch to his bare hands as he moves to your breasts and works his way lower. “The different sensations of the water and the body wash, plus the anticipation of his hands on your skin after the sponge, will all add to your pleasure,” says Morse.

“Part of a woman’s pleasure during sex comes from feeling desired,” says Snyder. Climb on top of him, lean over the bathroom counter as he enters you from behind, or put on a solo show and touch yourself: watching him watch you provides an awesome view of how much he wants you.

READ MORE: “I Introduced A New Sex Toy Into My Relationship – This Is What Happened”

4. Rewind… and ratchet up

If he has already climaxed, go back to the stuff you love during foreplay, only take it up a notch by adding a toy (try the Feranti His & Hers Pleasure Set, below) or playing with hot and cold sensations by having him use ice or warming lube as he touches you. 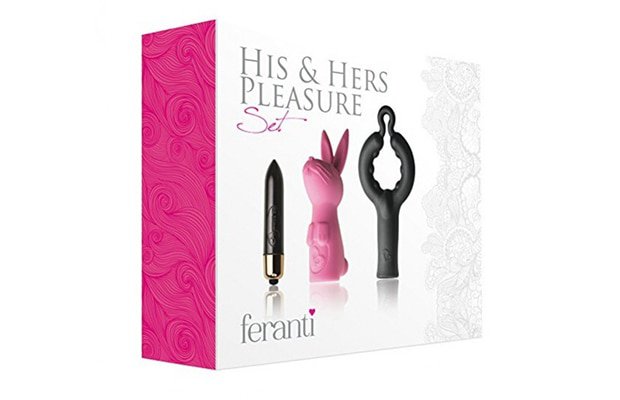 Rocks Off Feranti His & Hers Pleasure Set

“Arousal opens up new possibilities in your brain – what might seem extremely awkward when you’re not turned on could be mind-blowingly sexy when you are,” says Dr Elna Rudolph, head of MySexualHealth.co.za. If you start getting restless, or if the friction begins to veer more towards “ouch” than “OMG”, have him give you a back rub or massage to transition towards ending the action so you don’t feel like you stopped abruptly.

Have sex with the windows open or get it on in the garden under a blanket. The novelty can make it hard to concentrate on the climax… but that’s because your brain is paying attention to the we-could-be-caught-at-any-moment thrill, which adds intensity to the encounter, says Morse.