The fleshlight is the number one male sex toy on the planet. This piqued our interest, and so a Men's Health staffer tried it...

We talk a lot about sex toys, but when it comes to guys, the fleshlight is the number one seller on the planet. This piqued our interest, and so an MH staffer looked into it. This is his account. 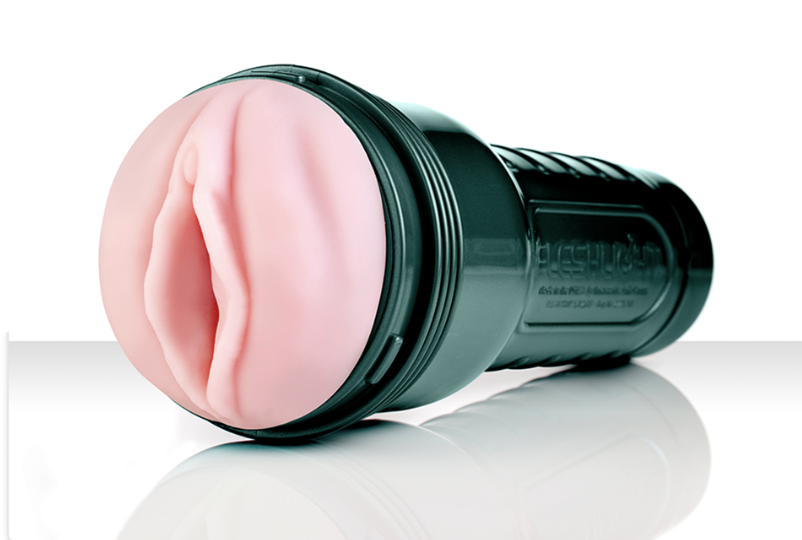 The day couldn’t get any better…

The Boks were in the lead against the English, and Arsenal were about to play Liverpool coming off an unbeaten streak (we’re counting our blessings). Plus, I was at a beach bar talking about sex. Sand between my toes, beer in hand.

Pretty much my perfect Saturday: and it would have been even better if I were talking to someone more attractive than Nick, too. In fact, in rugby terms, Nick was the enemy – a bald headed Englishman, supporting the union jack. And here we were, sex-talking at first glance.

It goes without saying, Nick isn’t my type either. But his business card would pique anyone’s interest, “Director of Orgasms,” it reads. And so, like most who enjoy as much beer as I do when the Springboks are playing – I asked him to tell me all about his occupation.

I’ve had an incredible relationship with my girlfriend for six years, and due to my overwhelming ‘dream big or go home’ mantra, I’ve relocated for work, and we’re now in a long distance one. And it’s in this context that Nick asked, “have you ever tried a fleshlight?”

A Fleshlight – say what?!

“A what?” The only reference I had to the mythological pocket of pleasure he’d been referring to, was from the television series Blue Mountain State, which had gained a cult following by teenage boys around the globe in 2010 (check it out on Netflix, Season 1, Episode 3). An interesting year for South Africa that was: we had the FIFA WorldCup and a host of 16-year-olds in the depths of KwaZulu-Natal contemplating the reality of a fleshlight – of course it was just the glitz and glam of Hollywood, we thought.

READ MORE: Spice Up Your Sex Life With These Flavoured Condoms And Lube

“No, never. Why would I need such a thing?” I replied to Nick, ostensibly so. The owner of sex toy site Olivia Grey, Nick found in me an avid customer and — even in my denial — I was sold.

Amongst guys, it’s the Voldemort of sex toys – don’t mention it without expecting a range of douchey and absurd responses, “I’d never try that. I’m like a caveman, I’m good with my hands,” was one, whilst others tried to laugh off their curiosity.

I carried the box into my apartment looking over my shoulder – hopefully none of my housemates would see. Already I felt like I was part of a different world, Voldemort’s Death Eaters maybe? Only less bad-ass. I got the Fleshlight Vibro, too, not only does it have real-life stimulation, but it vibrates. I was in over my head for sure.

Time for some, um, fleshlighting…

The Fleshlight industry is a world of its own, and so I got researching. According to its makers, there are a range of benefits: It simulates the feel of real sex, it’s safe to use, and in a world of STDs, allows an avenue for safe-satisfaction. Once closed with its cap, it couldn’t be more discreet, passing for a flask or torch. So I got the rules down. Now, time for…um… fleshlighting?

READ MORE: Here’s Why You May Have A Fetish – And How It Can Lead To Better Sex

So like the 40 Year Old Virgin, I lit the candles, took a deep breath and began. Minutes later, I returned to full-blown muggle and back to a world of my own. The best part? Zero muggle-juice clean up.

I used the Fleshwash Toy Cleaner, the recommended antibacterial soap spray and took it into the shower to rinse out– it’s completely waterproof and effortlessly easy to clean. Fleshlight has really put in the work to make it a well-rounded experience, I thought. The catalogue shows all forms of optional accessories – including a shower mount.

In case you’re wondering, vibration is an added option, with the Fleshlight Vibro allowing for the insertion of vibrating bullets – definitely for the more advanced user. The system also prevents the build-up of potentially harmful internal air pressure and allows you to dial-in the “right” amount of suction for you, preventing skin breakdown and soreness.

A cure to long-distance frustration?

I wouldn’t stretch that far, but it certainly helps and is as realistic as it gets. However, it’s important to keep the conversation open and honest with your partner. Pro tip: don’t tell her it’s “well-engineered,” (yes, I did that). Keep her in the know with the trial process: tell her how it works, and that it is no replacement for the real deal.

Rather, it’s a solution to a sexual need that’s not talked about enough. Also ask your partner how he/she feels about it, and if you’re in a long distance relationship like me, you could even take it a step further: with remote sex toys, there’s a much more advanced technosexual world you can explore. But that’s definitely for another day.

Oh, and about the rugby. The Springboks lost to England by one point, but at least for us, I certainly scored.

This article was originally published on www.mh.co.za