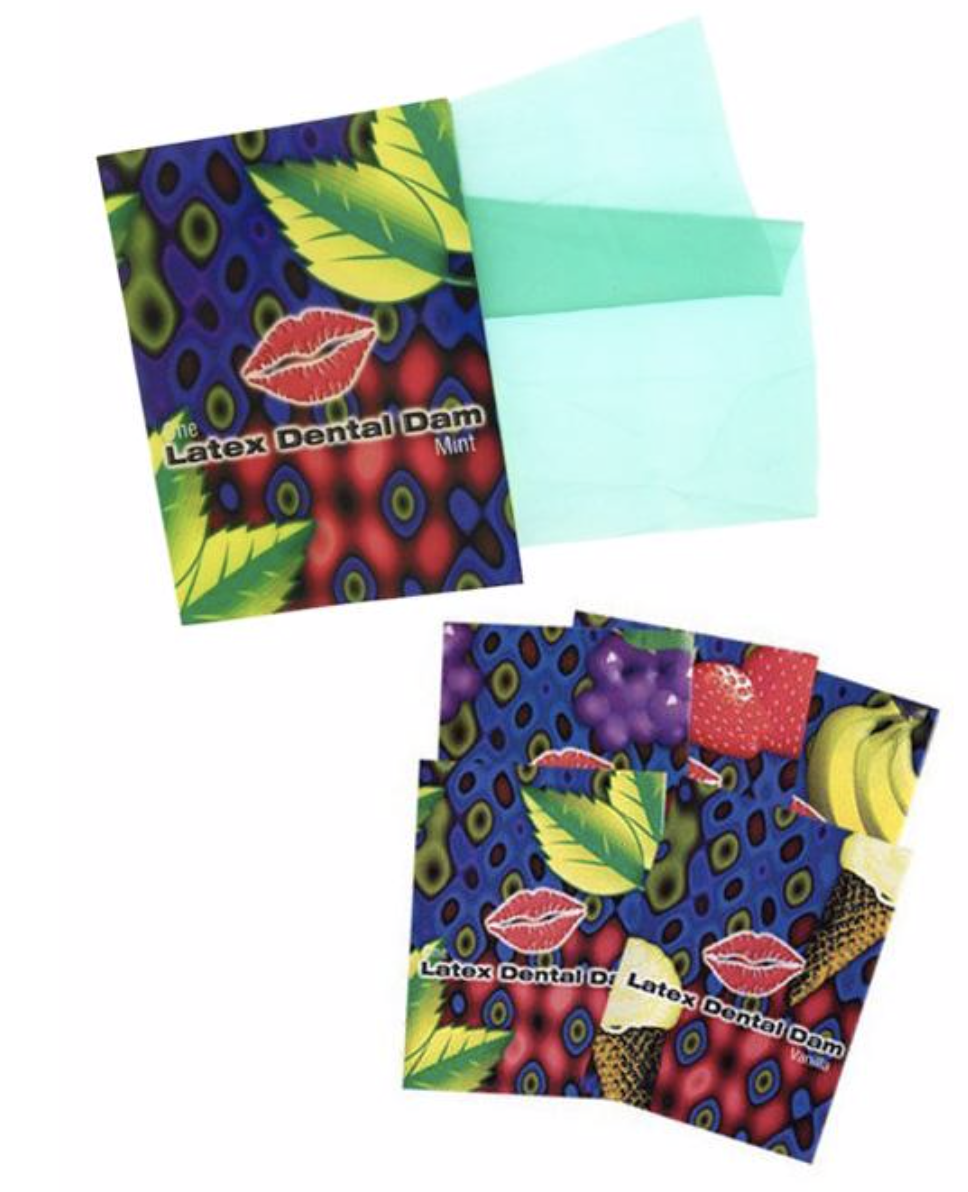 Save R40 on these Trust Latex Dams at Matilda's

Let’s get real about the rim job…

So… ready to give or get a rim job? Here’s everything you need to know before you and your partner go down that hole (pun intended):

Surprise parties can be fun, sure, but not when they’re happening around your under-exposed anus. So yeah, consent is essential to giving a rim job – and, obviously, receiving one, too.

In fact, McBride recommends having this discussion well in advance of getting naked, so your partner has enough time and space to make an informed decision and can prepare to do it safely (more on that in a sec).

Once you’ve found the right moment, it’s all up to you on how you approach the topic. According to McBride, some people will just come out and ask for a rim job (major props to y’all), but if that’s not your style or comfort level, she suggests saying something a bit less blunt.

Whenever you try to shake up your sexual routine, “there can be a fear of rejection,” Kort says. To get ahead of that, he recommends sharing that fear with your partner and asking them to withhold judgment until after you explain exactly why you’re interested in adding a new dish to the sexual menu.

Whatever you end up doing, the goal is not to get the other person to eventually cave in to your desires, Kort says. “The goal is to allow you to share your sexual interests with your partner.”

At the end of the day… a butt’s a butt. And considering you’ve probably spent plenty of QT with your own, you know what it does. So if you’re worried about cleanliness or smell (fair), both McBride and Kort recommend showering ahead of time. Or to get in the mood, shower together.

However you decide to suds up, McBride advises “washing gently with warm water and soap.” She also recommends staying far away from any cleansers that are too astringent “because that can actually draw moisture away from the anus and make the tissue more prone to contracting STIs.”

Look for body wash or bars labelled “soap-free,” since traditional soaps (meaning the ingredient, not an actual bar of soap) fall into that heavily astringent category.

Again, you know what butts do, but I’m just gonna come out and say it: They poop. And that poop is loaded with bacteria that gets moved around when you wipe – which could increase your risk of contracting an STI if you forgo protection.

“Oral transmission of bacterial (e.g. gonorrhoea and chlamydia) and viral (e.g. HIV and HPV) STIs can and does happen,” explains McBride. “If you add other factors, such as the use of certain lubricants, a lowered immune system, micro-trauma to the skin or mucus membranes, or an existing STI, the chances increase.”

To make things less risky, she recommends using a dental dam. ICYDK, dental dams are a thin square, typically made of latex, that you put over genitalia, tush included. (Polyurethane ones are also available if you’re allergic to latex.)

In a pinch? You can also DIY a dental dam by cutting the bottom and top off of a male condom and then cutting it lengthwise to create a square shape, she says. Really, really in a pinch? Just tear off a piece of cellophane (as long as it’s not microwavable, because that’s porous and can allow for STI transmission), according to McBride.

I know, I know, dental dams don’t exactly scream sexy… but safe sex definitely does. So pro tip: Make the dam add to your experience – rub some water-based lube on and around the anus before covering it with the dam to enhance pleasure, says McBride.

“If you get tiny micro-tears in your mouth from brushing, that can facilitate STI transmission,” she explains, as tears give an entryway to infected cells. (The same applies for regular oral sex, too, btw.)

If you’re a vagina owner, you (hopefully) already know the daily dangers of wiping back to front. (In case you don’t: UTIs galore.) Same goes for oral-anal contact if you’re not using a barrier – like, ya know, said dental dam.

If you’re with a trusted partner and you choose to go cheek-to-cheek (hehe), just make sure you don’t immediately switch to going down on a vagina or penis. That also makes spreading an STI more likely.

7. Be open to trial and error.

Unless you’re ridiculously talented, chances are, your first time ever having sex wasn’t your best. So don’t be surprised if you don’t exactly nail your first rim job, either. Practice makes perfect.

That said, Kort has a few recs to help you along. First, he says, “The person who’s getting the rim job should stay stationary, and the person giving it should experiment with how much they want to do, how little, and how deep they want their tongue to go in.”

Both partners should embrace that experimentation – by constantly communicating with words (and sounds) about what feels good, says McBride. Plus, the more open you are, the hotter it’ll be. Trust.

8. You can get off (sorta) just by thinking about rim jobs.

So don’t be afraid to ask for a rim job, or offer to give your partner one, if the thought of it turns you on. It’s trendy for a reason, after all – and it’s much bigger than Nicki Minaj. (Sorry, Nicki.)