Nike is definitely making waves with their new ranges and this range is no different.

Earlier this year women were applauding the company for recognising that fitness-lovers come in all sizes by releasing their first ever plus size range. Now the company has taken it to a whole new level by making it easier for female athletes to compete in hijabs.

Last week Nike launched their much anticipated range of Nike Pro Hijabs across the globe. The hijab takes into account the particular challenges that female athletes face when wearing a traditional headscarf during athletic competitions.

For years champion fencer and olympic medallist, Ibtihaj Muhammad competed in a children’s hijab that was made out of doubled georgette material. When wet the material would get heavy and stiff, obstructing her hearing. As a result she was carded for false starting many times. In 2016 she became the first American to compete at the Olympics in Rio wearing a hijab, but competing in  a traditional hijab was far from ideal.

Muhammad joined athletes like Saudi Arabia’s runner Sarah Attar, who wore a hijab whilst competing in the 800 meter heat in 2012 at the London Olympics and Emirati weightlifter Amna Al Haddad, who did so at the 2016 Olympics in Rio.

Finding a hijab that worked well for a particular sport was a major challenge. “I remember I only had a few that I used for training and hadn’t been able to find that particular style anymore,” says Muhammad. Athletes who wear hijabs at athletic competitions have been scrutinised in the past. “When I was in school, I always had to have a letter from a local imam that said that it was safe for me to wear my religious covering during sport,” she says. “My coaches had to have that with them at all times.”

These high profiled athletes proved that there was a great need for the line. In a statement the company said “By providing Muslim athletes with the most ground-breaking products, like the Nike Pro Hijab, Nike aims to serve today’s pioneers as well as inspire even more women and girls in the region who still face barriers and limited access to sport.” 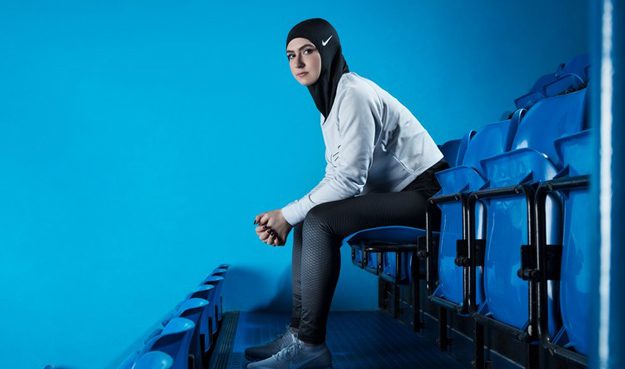 What You Need To Know About the Nike Pro Hijab Line

Nike collaborated with Muslim athletes to help them develop the product, such as weightlifter Al Haddad and figure skater, Zahra Lari. Their goal was to create a product that would be lightweight and resistant to trapping heat. But also have the grip to stay in place.

It’s a lightweight polyester sports hijab, which was constructed from durable single layer Nike Pro power mesh; with a pull on design. Taking into account, the severe heat of the Middle East, it’s made of the most breathable fabric.

For many muslim it goes beyond just being a performance garment. “The Nike Pro Hijab will help advance the conversation around hijabs and Muslim women in sports and further make sports an inclusive space,” says Muhammad. For figure skater, Zahra Lari, the hijab is a reminder that Muslim women can achieve anything in the world. “What Nike has done for Muslim athletes is a dream that we never thought would happen,” she says. 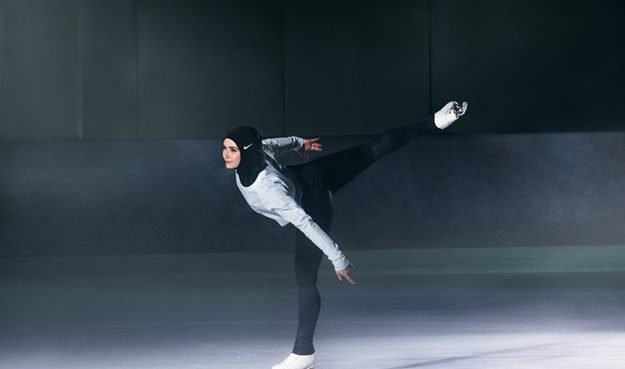 This move is a notably high-profile step toward inclusion and it’s cool!

Every fit girl knows how important it is to have the right fitness gear. Here’s 6 sporty wardrobe essentials every woman should own. Plus here’s how sports changed these five women’s lives.