Here’s how Cindy challenged herself to lose weight for a higher purpose.

Motivation is fleeting, there will be times when you’ll give it your all and times when you won’t even want to get off the couch, For Cindy Bryant, a director of a brand and product development from New Jersey, she fell into the latter. “I knew I was in a rut and did not like the routine of going to work, coming home, sitting on the couch mindlessly watching TV, while playing words with friends and drinking a bottle of wine”. Recognising that she was falling in somewhat into depressive behaviours, she decided that it was time to push herself out of her comfort zone and seek adventure.

Here’s how Cindy made a difference and lost weight in the process.

Secret weapon to your weight loss: I had two, a goal with a timeline — to climb Mount Kilimanjaro to raise money for Leukaemia Lymphoma Society, and Friends and Community — that joined me on my adventure.

READ MORE: “This Was My Secret Weapon For Losing Over 115 Kilos”

Cindy says that her weight gain was gradual, something that just kind crept up on her. “Growing up, I always skinny, I gained weight in college but lost it when I became a fitness instructor. As I aged, my metabolism would change and I course corrected when needed to find what worked best and this new body,” she explains. She goes on to say that although what she was eating was not a problem, portion size was. Added to that, she was an emotional eater, “I realize now that my heaviest moments can be linked to my greatest moments of grief, be it the loss of a relationship, the death of my father, and in this case, the loss of my dog Toby”.

READ MORE: Here’s Exactly How To Control Your Appetite And Cravings

Her change came in the form of climbing a mountain, Kilimanjaro to be exact. “I’m on Team In Training Society emails because I completed a 5k a few years prior. Sometime around Feb/March I started receiving emails that said ‘Climb Mount Kilimanjaro’ and raise money for Leukaemia Lymphoma Society, something clicked inside and I said why not,” she explains. Before she actually signed up to the climb, Cindy researched training methods, she settled on walking each morning before work. But she soon hit a bump in the road. “I tore my meniscus when running stairs. I decided to use physical therapy as the jumping off point for training. Once I finished PT, I signed up on for the climb,” she says. 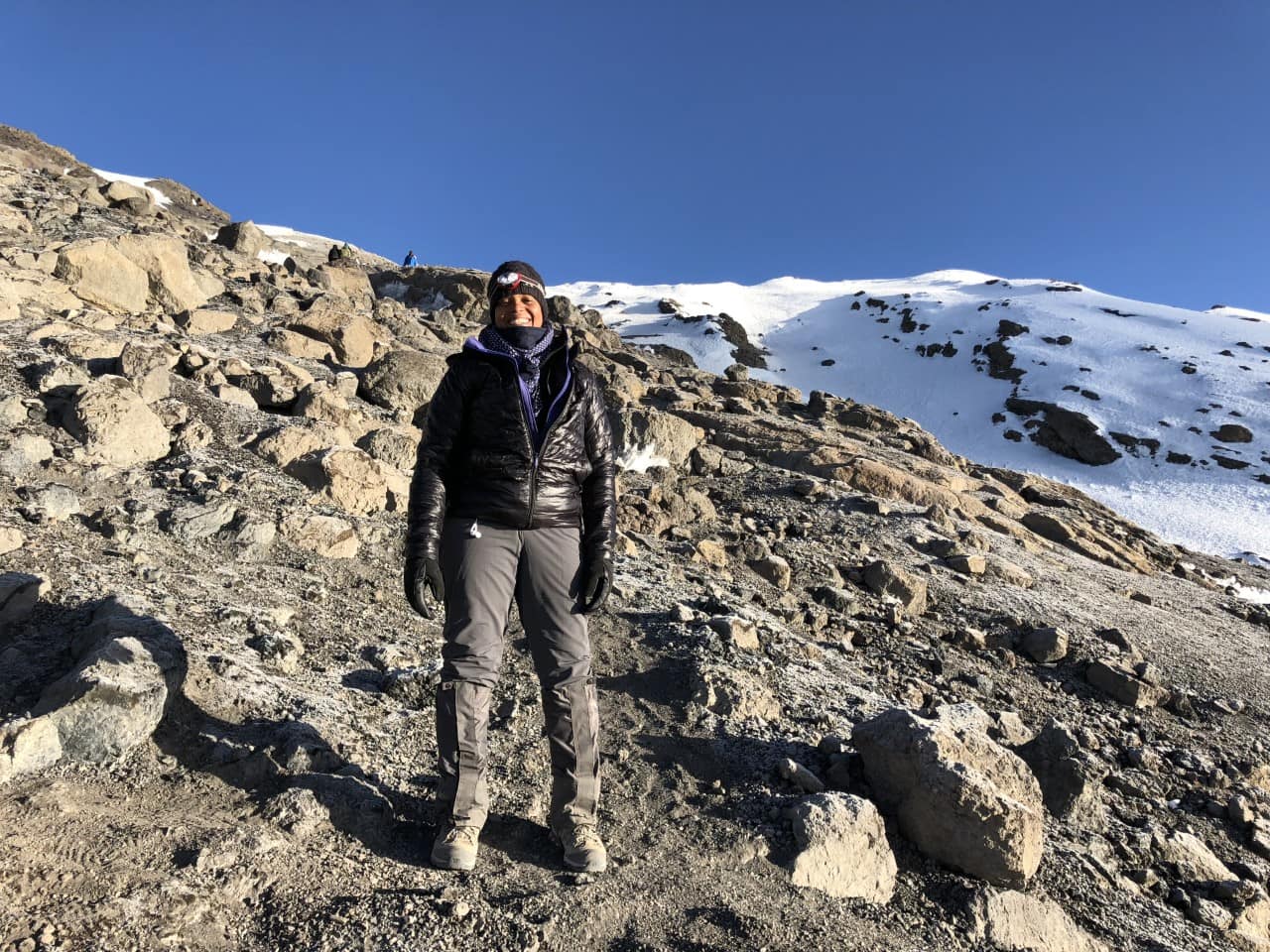 Now armed with a set date for the trek up Mount Kilimanjaro, Cindy kicked her training into high gear. She joined hiking crews which she says made all the difference as she discovered a group of people that encouraged and supported her every step of the way. As the weeks went on, Cindy built a training schedule. “[I was doing] cardio 2-3 times a week, pilates once a weekend went to CrossFit 2-3 times a week. Every weekend was spent hiking,” she says.

Given that Cindy had such a rigorous training schedule, she addressed her nutrition to ensure that she was eating well. “I started seeing a nutritionist, that helped me flip the switch in my head that food was fuel. One thing I realize is that I’m a stress eater. I do not snack or eat bad foods. But if the chips are there in a moment of the stress of sadness, I eat mindlessly. My meals were good but I had to eat smaller portions,” she explains. Her nutritionist helped Cindy to focus on portion control and eating more protein. She also made use of a food tracker to help keep her on track.

READ MORE: “I Lost 17 Kilos And Got The Abs Of My Dreams”

All Cindy’s hard work and determination paid off when she reached the top of the mountain. She not only found her adventure but raised money for the charity — all while dropping 16 kilos! 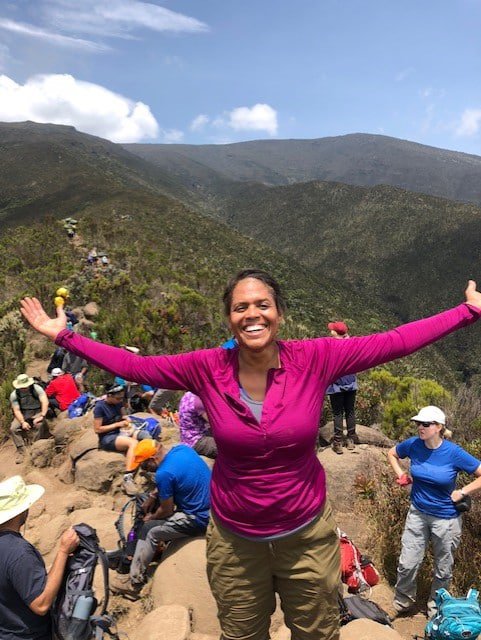 Cindy is adamant that she did not focus on losing the weight but rather her goal to climb the mountain, the weight loss of just a side effect. “I was focused on the training and the goal of completing the climb. Not dying or having a heart attack in the process. I trained, I looked up and I lost 35 pounds (16 Kilos),” she explains.

She goes on to say that she’s better than she’s felt in years, “I am amazed at my strength and determination. I climbed Mount Kilimanjaro and I have reached a level of every day happy that I have not felt in a very long time”.

READ MORE: Here’s How To Make Weight Loss Goals That Will Actually Stick

If you would like to raise money for a good cause and get fit in the process, there are loads of charities you can support. Big races like the Absa Cape Epic, Two Oceans and Cape Town 12 all have charity entries. When you enter their races there is an option to donate to a charity of your choice. If you’d like to start on a smaller scale, you can join Shooops Red Sock runs, a weekly Friday run club. Setting yourself a goal is a great motivator and knowing that it can be for the good of others is a bonus!