The day of the op, her son was distraught. “What happens if you die today Mom?”

“Eating by myself, in the car – that was the best. Never in front of others. I’d stop and eat before I went home, then throw all the wrappers away. Eating was an addiction. I’d given up on being thin; I’d given all my thin clothes away years before. I was housebound. I didn’t do anything. I’d just sit.”

It’s impossible to imagine Ingrid de Bruyn, 44, just sitting. An effervescent woman who works as an accountant for her husband, she gets up at 4am three times a week to go for a run and has completed a Two Oceans half-marathon.

READ MORE: We’re Getting Brutally Honest About What You Can Actually Do About Arm Fat

She and her family love the outdoors, and she goes for long walks – of up to 12km – whenever she has a few spare hours. But this is a new lifestyle for Ingrid. Three years ago, she weighed 109kg and had a body mass index of 41. “I used and abused food for as long as I can remember,” she says now. “I punished and pampered myself with food. I was a different person.” 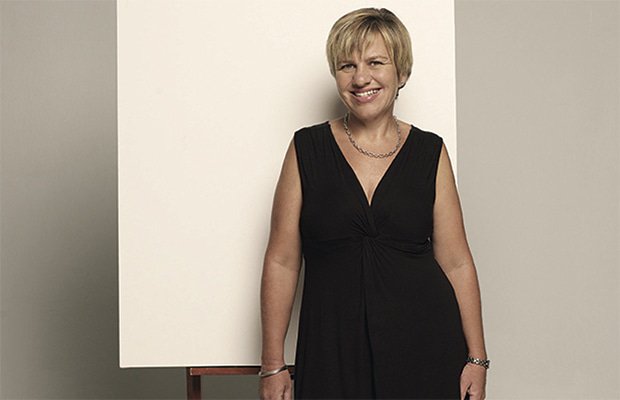 “I Had Bariatric Surgery”

Then she booked herself in for a gastric bypass – a serious procedure that carried procedure that carried significant risks. The day of the op, her son was distraught. “What happens if you die today Mom?” he wept. When Ingrid woke up post-op, she swore she was going to look after herself and make up for lost time. “I didn’t actually have a stomach op – I had a brain op,” she says.

Gill Gibson is the coordinator for the Chrysalis Clinic, which specialises in bariatric surgery. Because of the risks involved in gastric bypasses, sleeves and lap bands – all of which involve major surgery – the assessment process is extremely strict. While the clinic has completed over 140 operations, they’ve seen many would-be patients.

READ MORE: 8 Reasons Why Your Stomach Hates You Right Now

To qualify, Gibson explains, you must lose a good bit of weight before the op, and be fit enough to walk six minutes uphill on a treadmill. As the surgery removes most of the stomach and the pylorus, you will never be able to eat as before and will need to take supplements for the rest of your life. At Chrysalis, a patient must get the thumbs up from a psychologist, psychiatrist, endocrinologist, dietician and biokineticist before the surgeon will even consider the procedure.

After her op, Ingrid kept walking, then running, and slowly dropped 44kg. From being a “vleis, rys en aartappels” family, she’s replaced food with activity. People were incredibly complimentary about the lost weight, but Ingrid has had some negative reactions – including comments about having chosen the easy route to weight loss. Some said she was a bad mother to put herself at risk. But, says Ingrid, once she started losing weight, they forgave her for her sins! “Suddenly it’s all, ‘Oh, how wonderful that you had the courage to do it!’ Before it was: ‘But aren’t you afraid you’ll die?’ Suddenly you’re this brave person… If you’re successful, people change their minds.”

Ingrid is almost evangelical about her transformation. While she was never shy, she admits that being fat was like a physical barrier between her and others. “It’s lonely to be fat.” She describes the change as “priceless” – not so much the aesthetics, but an entirely new lifestyle for less than the price of a car. Her relationships with her son, daughter and husband have changed. “Our family does more things together now,” she says.

She religiously devotes time to running (she’s genuinely afraid of gaining weight again – of wasting her new chance at life), but also has something to give back to her family. “I go out and see how beautiful this world is and bring that beauty back to them. Before, I sat on the couch. Would I do it again? I’m telling you: if the only way I could was on this table, right here in this mall, with no anaesthetic and crowds around me – yes, I’d do it again. I’ve changed my life.

The gastrointestinal tract’s role in controlling weight may have been overlooked, says endocrinologist Dr Wayne May. “A better understanding of gut hormones will help us to treat obesity,” he says. “From bariatric surgery we are learning that weight loss is not only mediated through a smaller stomach, but through hormonal mechanisms, or altered hormonal levels.”

READ MORE: “I Gave Up Binge Eating, Got Major Energy And Lost Weight”

In an animal model study, researchers were able to show that by giving three hormones to rats, they were able to achieve the same weight loss as rats who had surgery. One of these hormones is called GLP (glucagon-like peptide), which helps glucose metabolism by enhancing insulin secretion, as well as decreasing appetite.

It’s already available as a treatment for diabetes and there are studies looking at its effect on weight loss. “Beneficial gut hormones are lower down the intestinal tract, so at present there are no practical ways for you to achieve optimal levels. Eat more slowly and wait longer before seconds to give the food time to come into contact with the good hormones and allow them to do their job more effectively,” says May.