Transformation is a seductive notion...

Just after she turned 40, Debi Steffenson was wheeled out of the operating theatre minus a section of sagging skin around her midriff, and with substantially smaller breasts. Once the swelling had gone down, she was elated to find she’d dropped her shirt size from a voluminous 40 to a 36 and could slip into a size 34 pair of trousers. 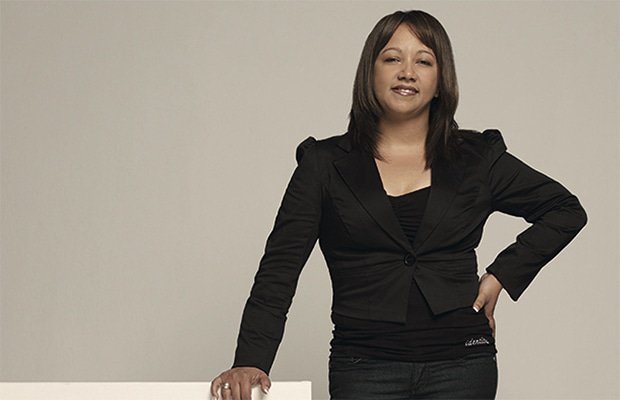 The surgery, with all its attendant risks, costs and stigmas, had been no small decision. In some ways, Debi says, she’d hit a midlife crisis. Her daughter had just about grown up, her husband’s business was flourishing and, at last, she says, she felt she could focus on “what Debi wants”.

That wasn’t to work until retirement; it was to seize the moment, go travelling – and do something about the body that had silently expanded during her thirties and, she believes, made her a stranger to herself.

So she quit her job and set about trying to shed the weight. Always a relatively healthy eater, she cut her portion sizes in half. But, she discovered, you can’t choose where you want to lose weight. Her body didn’t shrink on cue, and it made her feel self-conscious.

Surgery As Rejection Of An Unwanted Self

Debi had always been a skinny “girly girl” who loved make-up and pretty clothes, but felt she’d become drab and more withdrawn in her thirties. Surgery was a rejection of this unwanted self. “The biggest change was that I could again wear what I’d worn before,” Debi says. “I once liked to be the centre of attention, to have the spotlight on me, but I’d reached a point where I didn’t want to be noticed. After the surgery, I changed – I came back to myself; my real self.”

READ MORE: This Is Exactly How Your Diet Affects Your Body, According To A Bikini Bodybuilder

Like many women, Debi’s identity is irrevocably linked to her body image – which is no surprise, says psychologist Dr Prevan Moodley of the University of Johannesburg. “The body is not separate from who we are, what we feel and how we live,” he says. “Our body and its physical canvas form our identity.”

This is partly why many believe that changing their bodies can change their lives – transformation, whether to a fitter, healthier or more aesthetic self, is a seductive notion. “Transforming the body can mean a revised identity or a reconfiguration of who a person is,” Moodley agrees. “This can allow for a challenging of dominant ways of living and being, [including] expressing your sexuality and kindling new relationships. A transformed body can bring confidence and improved self-esteem.”

Assessing The Desire For Change

It’s worth assessing the desire for change. Psychologist Carolyn Black Becker says Western culture is not the first to promote appearance ideals: “All we have to do is remember corsets and foot binding to see that we’re not alone in promoting body transformation.” However, the relentless media barrage that promotes a perfection that is largely impossible to achieve is new. “This is the first time in history when the creation of body dissatisfaction is the engine that drives multiple billion-dollar industries,” she says.

READ MORE: “These Are The Tiny Diet Tweaks That Helped Me To Lose 40 Kilos”

Debi, now 44, has few regrets. A year after her surgery, she had fat deposits siphoned away from her upper arms, back, chin, neck and upper abdomen. She had maintained her new eating habits after the initial surgery, but this resculpting dealt with areas that resisted change.

Her new body was a delight to her, and the purchase of an “actual, sexy, real bra” was the moment she knew it was all “so worth it!” (She’d dealt with the pain stoically and encountered no complications, unlike a less fortunate friend, who was left with scarring.) Her husband, who adores her and had put no pressure on her to change, was supportive – and admired her new body. She cites a day when her daughter stopped in her tracks and said, “Mom, you look so, so good. So good.”

READ MORE: “I Decided To Replace Alcohol With Water And Lost 11 Kilos”

“I wasn’t even dressed up,” Debi says. “I was wearing pyjama pants and a sweater.” Debi believes the surgery transformed her character as well as her body. Once she’d healed, she welcomed positive feedback from friends and brushed off the guilt induced by her father when he told her post-liposuction that it was “now enough”. (Her family doesn’t come from a wealthy background; she definitely felt some unease at spending so many thousands, despite her husband’s success.)

She went clubbing once or twice. She picked red dresses over black. As a Capetonian who had never been further than Worcester on her own, she now packed her bags and went on holiday to Montreal and Ottawa, and “stayed in London – on my own. My own! I did it!”

READ MORE: “I Lost 20 Kilos Of Baby Fat In Just 3 Months By Changing My Diet”

She and her husband bought a racehorse. When it won, she was asked for a TV interview. She gave a speech at a family birthday party. It was, she says with a sense of wonder, like the younger, confident Debi had “popped out” once more.