4 Early Morning Moves You Can Do In Your Bedroom

4 Early Morning Moves You Can Do In Your Bedroom

Still in bed and don’t feel like going anywhere? Get up and get your day’s exercise out of the way without leaving your bedroom.

You know that feeling when your alarm goes off and you’d rather sit through the State of The Nation Address than find a clean sports bra? Been there. But sometimes just getting your heart pumping a little faster is all the motivation you need. One option — that doesn’t require lycra or even leaving your bedroom (hooray!) — is to combine strength moves with breath work.

This workout, by trainer Dean Somerset, has you holding positions like you’d hold a plank. But instead of staying there for ages while your muscles shake and your form slips, the focus is on breath rather than the clock. “When you squeeze your muscles as hard as you can while making forced exhalations, the magnified breath produces more powerful contractions, which increases muscle activation,” says Somerset.

READ MORE: 7 Things Girls Who Work Out In The Morning Do

Do this sequence two or three times a week, moving from one exercise to the next without resting. Feeling energised after one circuit? Shimmy into that lycra and hit the road. Still not feeling it? Complete two more rounds for a full indoor workout. You’ll need: a light resistance band.

Lie on your left side, legs straight, and prop your upper body up on your left elbow and forearm. Brace your core, then raise your hips until your body forms a straight line from your ankles to your shoulders. Squeeze your quads, glutes and lats, then power-breathe like you’re trying to blow something over. Take 10 slow breaths, then repeat on the other side. 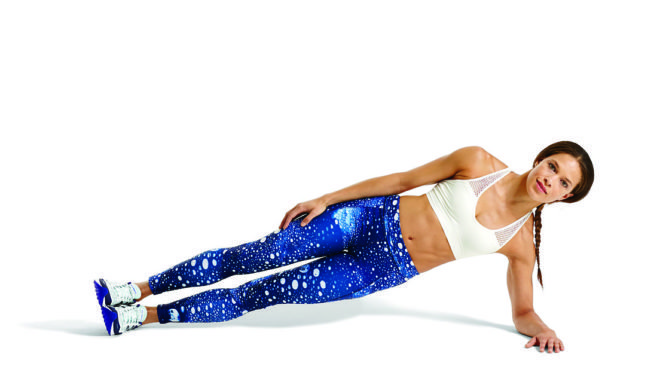 Loop a resistance band around an object (the night before so it’s ready for you in the morning), then lie on your back, feet away from the anchor point. Holding the band with both hands, arms extended, raise your knees to 90 degrees. Inhale, then exhale as you extend your  right heel toward the floor. Return to start; repeat on the left side. That’s one rep; do eight. 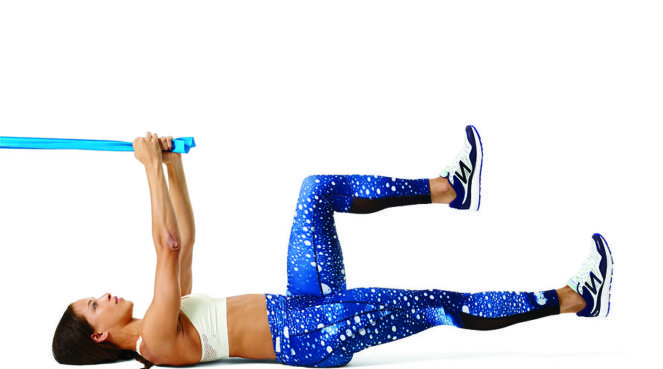 Place your left knee on the floor and your right foot flat on the floor in front of you, both knees bent at 90 degrees. Keeping your chest tall and your back flat, brace your abs and flex your butt muscles as hard as you can to tilt your hips forward (imagine you’re trying to pull your ribs toward your hips). Inhale and exhale deeply for six complete breaths, then switch legs and repeat. 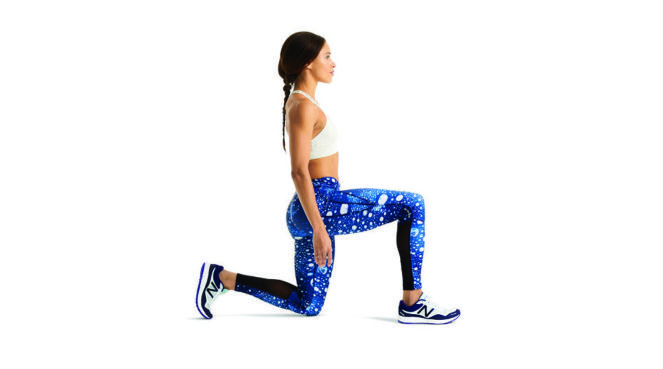 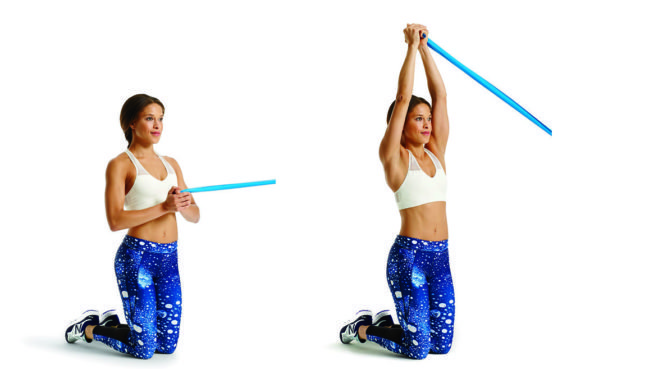 Looking for more? We’ve got the low-down on what’s better for weight-loss: morning or evening workouts.