“I was in awe. Like one of those movies where the camera zooms in on my gaping mouth — that’s how it felt,” — Reegan Alward

How would you feel if you got a call to let you know that you were in for the run of a lifetime. 180km in four days. From Dubai to Oman, across a desert. That’s basically a marathon every day…

This concept, born from the ASICS’ philosophy of ‘A Sound Mind in a Sound Body’, is designed to push limits. The runners? Seven women from all over the globe and different walks (um runs?) of life. One thing that they have in common is that they all form part of the ASICS FrontRunner group and above all, they share the same burning passion for running. These girls range from pro athletes to first-time marathon runners. The route was largely unknown and the conditions intense so the journey would be no mean feat. Reegan Alward, a roadie from Gauteng, was one of the seven. Here’s her tale from the trail…

READ MORE: 5 Things You Should ALWAYS Do On A Trail Run 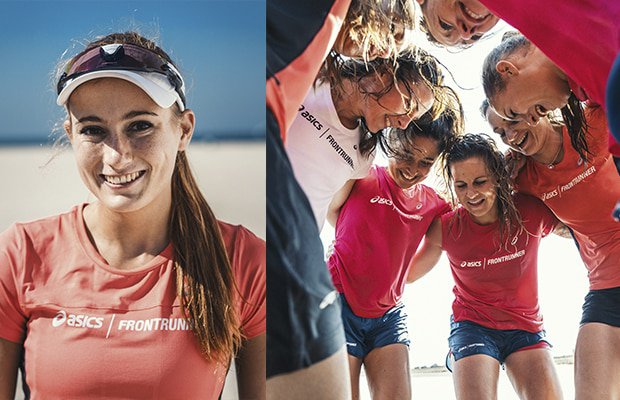 Reegan is a mechanical engineering student at the University of Pretoria. This 22-year-old is a road runner at heart and she’s finished the Comrades Marathon three times.

“Coast2Coast was even more of a challenge for me [as a roadie]. It was my first trail event and a true baptism by fire,” Reegan begins. Her training routine is a consistent one hour or 90-minute run early in the morning Monday to Friday. “Then on the weekends I enjoy long runs with my local club,” she adds. However, with a daunting 180km trail run on the horizon, it was time to switch to the trail shoes.

READ MORE: “I Went Vegan For A Week And Ran A 41km Trail Run”

“Leading up to the event I tried my best to stick to training on the trails daily,” Reegan says. “I needed to give my body time to adjust as the trails have a very different impact on your body, compared to the road.” Her dedication paid off and she relished the benefits during Coast2Coast. 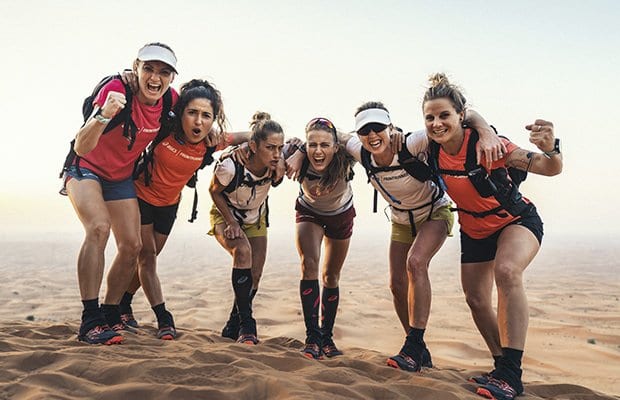 You Got The Part

“I was ecstatic to have been chosen, thinking originally that my odds were slim in such a wide and diverse field of applicants,” Reegan recalls. “I was also apprehensive of the unknowns in the challenge I knew I had ahead of me.”

Being 22, she was definitely the youngest of the women chosen to conquer this distance. “It did make me feel like I was on the back foot,” Reegan admits. “I felt I lacked a lot of knowledge that comes with experience. Not just about running and training but nutrition, injuries, economic pace techniques, daily recovery, etc.” All she knew about the rest of her teammates was what she had gathered from social media and Google. Nothing like a little background stalk. “It was no reassurance as many of them had some impressive running CVs out there!” Reegan exclaims.

READ MORE: 3 Ways To Overcome Anything, From A 100km Trail Runner

“My running preparations were difficult as I had never taken part in a stage race before,” she adds. “And without a coach to guide me, I had to plan my own training to suit it.” But the real struggle was all in the mind.

“As the event crept closer, self-doubt came with it,” Reegan admits. “Those feelings of being the underdog, fear or failure, lack of preparation, and the overwhelming thought of what I had actually gotten myself into, often had me questioning even taking part.” But a support system of friends and family helped her along. “Without them, I never would’ve taken part in this event which has been the highlight of my life so far!”

“Running may seem pretty simple,” Reegan continues. “I mean it’s ‘one foot in front of the other’. But, it can get a lot more complicated than that and this was our biggest challenge.”

Being such a diverse group of people, there were obviously a bunch of different running styles. Finding a pace that suited everyone sometimes created friction amongst the team. “It is more difficult than one would think to run out of your natural pace/style for anyone, especially over four days and 180kms,” Reegan adds. “To try and find a place where everyone was compromised but comfortable was a struggle.” The first day was a little tricky as a result but once the niggles had been ironed out, the raw beauty of the surroundings could truly be appreciated.

“The first stage took us through the desert dunes of Dubai which was unreal,” Reegan says. “Dunes untouched by anyone for as far as the eye could see. It’s something I will never forget, just the sheer magnitude and vastness. No picture could ever do it justice.” 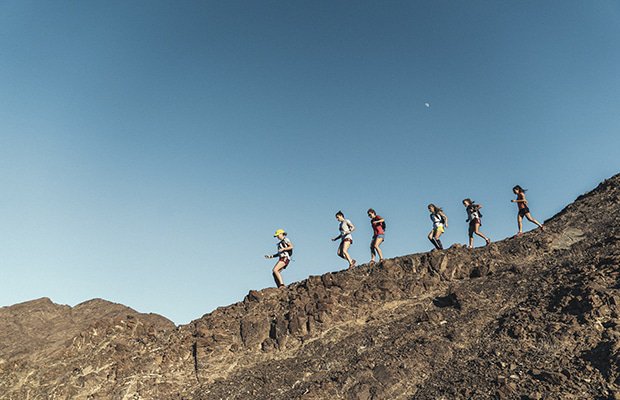 Challenges In The Desert

“Navigating was a challenge, to say the least!” Reegan says. “We were given location pins and satellite maps of the area we would be working through for the day. But those can be deceiving!” Shapes and patterns on the map that looked like roads, ended up being river beds and dune ranges. “But once we’ve committed to the path, we have to keep going straight. This way we ensure that we don’t make too many mistakes off the shortest route.”

READ MORE: 6 Running Pains —And How To Treat Them So They Never Come Back

“Meryl Cooper (from Dubai) was the chief navigator, and the rest of us took turns on the different days to help her out and discuss options,” She adds. Even so, they did get lost. “We got lost almost every day. The entire event was supposed to be 160km and we totalled 180km!” But in the end, they all worked together as a team. “It never caused any issues and if anything it actually pulled us all closer.”

The longest day was a huge 57km, longer than the Two Oceans Ultra. However, the most challenging day was Day Three. With a total time of 9 hours and 30 minutes on their feet, it was the toughest. “We spent the day in the mountains and climbed over 1100m in pathless Showka mountains and Wadi river beds trying to orientate ourselves to the maps. They became more and more unfamiliar throughout the day.” Plus, that desert heat is a killer.

Finishing such an incredible challenge is a massive achievement. “It was such a relief in more ways than one,” Reegan adds. “Knowing I could be off my feet for as long as they wanted was heaven!” Above all, she was proud of herself, who wouldn’t be? “Knowing that a few days earlier I had pushed through some of the biggest doubts of my life yet been brave enough to show up was so humbling and empowering at the same time,” Reegan adds. “It was life-changing.”

This journey has been made into a short film which premiered on the 17th of February. I’ve watched it and it’s absolutely inspiring.  Click here for all the feels. Furthermore, you can become a FrontRunner. Apply now if you’re feeling as motivated as I am.