Ready for some personal records?

If you, like me, were glued to your screens during last year’s sub 2-hour marathon attempt, #Breaking2, then you’re well aware of Nike’s focus on building the best long-distance running shoes possible, to help break world records.

This morning Nike launched its lightest, most durable running shoe in London, the React, and I was lucky enough to take them for a test run along the Thames. 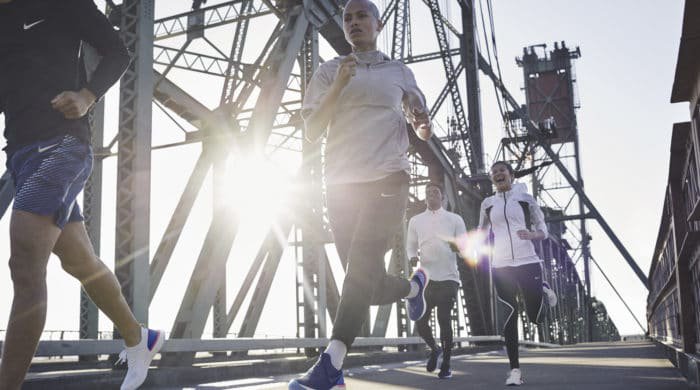 READ MORE: Kudos To Nike — They’re Making It Easier For Athletes To Compete In Hijabs

UPPER
Like the previous Nike Lunar’s the shoe features a really soft and comfortable breathable upper in a super-cool off-white pale grey colourway or a dark blue. The shoes are also unisex. What I love so much about the off-white color is that design and style is more streetwear than ‘takkie’.

SOLE
Soft and springy with new high-tech foam, the shoe offers 10 percent more energy return – that’s bouncy! – than the previous Lunars, but it’s also 11 percent softer and five percent lighter. Why is this so important? For long-distance running you need the right amount of cushioning, because you’re going to be smashing the tarmac for hours at one time and your feet need a much support and comfort as they can get. The fact that they’re lighter means that they will help you go faster, shaving time of your previous races, getting you closer to your PB goal.

The Nike Sports Research Lab used heat map data from runners to help design their new high-tech cushioning. The process took three years after 400 combinations of materials and designs were tested, to create the cushioning Nike was looking for. 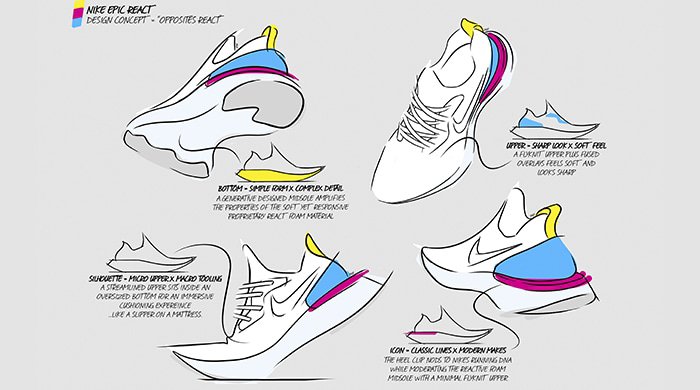 READ MORE: This Is The Critical Prep You Should Be Doing The Night Before A Race

HEEL
You would have noticed that many of Nike’s new leisure shoes feature a ‘heel’ that juts out further than your actual heel (looks better on than when the shoe stands alone, we promise!). The new Reacts feature a similar design, with the specific tech to offer more heel stability.

FEEL
During the testing phase of the shoe, Nike gave experienced runners the Reacts to test. But the shoes they got weren’t new. In fact, the shoes they tested already had 800km wear on them. Typically running shoes only have a lifespan of 700 to 1000km at most, so this would be like giving the test runners really old, used shoes. After the run, the test runners were asked how many kilometers they thought the shoes had on them? The answers ranged from “New” to “100km at most”, with the most common answer being about “25km” i.e.: newly run-in. This is a great indication of the long-distance capability and durability of the Nike Reacts.

READ MORE: “I Tried A New Sport Just So I Could Go To The Olympics — And It Worked!”

I TESTED IT
“From the moment I put the shoes on, I was impressed by the lightness and bounce. I also love the design! Looking straight down, they look like chi monochromatic light grey trainers, but the heel features pops of lump yellow, pink and blue with a reflective detail.

I took the shoes for a quick run along the Thames. The springiness of the shoe is immediately noticeable. They’re also very light. Most of my light running shoes (which are meant for track sessions and shorter distances) don’t offer much support and cushioning. But these shoes feel as light as those, but with all the comfort and support you need to run 40+km. I’m definitely going to be using them for my long-distance training.”

The Nike Reacts will be available for sale from 22 February from R2 999.