You’re out with friends, sipping on a cocktail or clutching an ice-cold draught. It’s a good night, you’re looking fine and it’s great to catch up with your buddies again. But then it all changes. You’re blacking out and your friends are calling an ambulance. Within a few minutes, your whole night becomes a waking nightmare…

I’ve been hearing more and more horror stories around this scary topic. A couple of weekends ago, another one of my close friends had a drink spiking incident. That’s when I thought: It’s time to start talking about this. As much as we all want a good night out, to relax and let our guard down, this is when we are most vulnerable. Here, real-life horror experiences from strong women – and what you can learn from them.

READ MORE: This Nail Polish Can Tell If Your Drink Has Been Spiked – Yes Really! 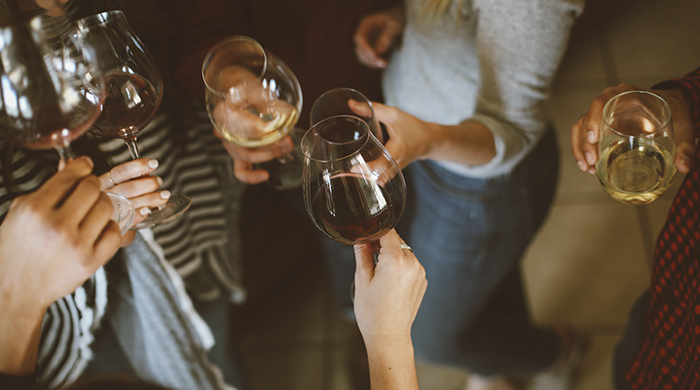 1. “You Never Know Who You Can Trust”

“It was in December, the 23rd, 2015. I was going to a dessert party in Namibia. We did have pre-drinks before heading to the party, but I only had two beers. When we arrived, my brother, who was DJ’ing at the event, gave me a VIP ticket. This ticket gave me access to a separate area with a special bar. We could get free drinks the whole night. The catch? You could only drink those drinks in the VIP lounge. Since the drinks were free, I ‘spoilt’ myself and got a double vodka and Red Bull – not something I normally drink because of the price.”

READ MORE: This Is Exactly How Drinking Alcohol Affects Your Workout

“Shortly after, walking back to the bar with a friend to get another drink, I blacked out completely. Two of my guy friends carried me outside and put me in my friend’s car. I blacked out at first, but moved in and out of consciousness later on. My friends drove me home to my parents.”

“Five other girls were spiked that night. I found out later that they all went to the hospital. The police stated that it was, in fact, the bartender who did it. You never know who you can trust.”

READ MORE: “I Went Alcohol-Free For A Month, But Went Back — Here’s Why”

What I Do Now: “I always watch who touches my drink and always try to drink things from closed bottles. Remember, keep your thumb over the opening always!” 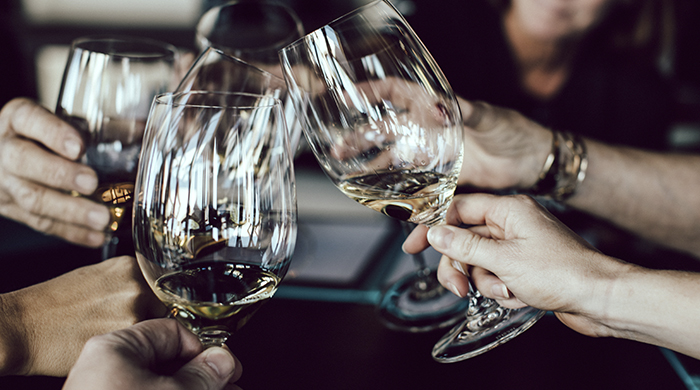 “My drink spiking incident actually happened at a big industry ‘end-of-year-event’ one Thursday evening in December. I went for one drink with my colleague before heading to this brand’s end-of-year do. At the function, I had exactly one drink (a Jack and Coke, I think). I only drank a quarter of it.”

“I made a rookie error that night. I left my drink unattended for a few minutes while I was talking to some colleagues. I still to this day have no idea who spiked my drink – it could have been anyone. I remember going to the bathroom and my vision started to blur. Everything seemed to be happening in slow-motion and I felt like I was having some sort of weird out-of-body experience. All I wanted to do was close my eyes and sleep for a thousand years. Needless to say, I didn’t feel ‘drunk’ at all (and knew I couldn’t be because I had hardly touched my drink). So I realised something was wrong and immediately started to panic. I only remember parts of that night TBH. I remember my colleagues rushing me out of the venue when I told them I was not okay. I remember trying to guzzle litres of water in the hopes that I could flush out my system. I remember forcing myself to throw up the said water. And I remember calling my mother in tears.”

READ MORE: Are Your Drinking Habits Ruining Your Brain Health?

“My mom rushed me to the ER. By this point, I could barely see. I was balling my eyes out and I was terrified. The first thing the doctors did was run a drug screen on me to see what was in my system. Turns out it was a tranquiliser. The problem is, I’m a really small person and whatever sedative was in my drink hit my system really hard. I started fading in and out of consciousness in the ER… I stopped breathing altogether. My mother said it was frightening to see all the doctors rush over and try to get me breathing again. I don’t remember any of this. I was eventually discharged from hospital and spent the next three days in bed.”

READ MORE: Exactly How To Choose The Skinniest Drinks At The Bar

What I Do Now: “I don’t really drink anymore TBH (not that I was ever a big drinker to begin with). My ‘sobriety’ always seems to be a point of conversation whenever I’m out. I basically get ‘interrogated’ because I never order anything to drink. Perhaps after reading this, people will understand why.” 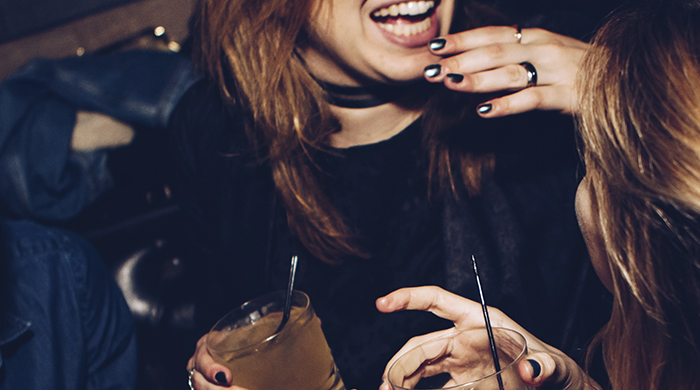 “It happened in my third year of varsity. I was out at Tin Roof in Stellenbosch. We had pre-drinks before heading out, so I’d had a bit to drink. In total I had three ciders and a glass or two of wine. I was tipsy, but definitely not drunk.”

READ MORE: “Will Saving My Kilojoules For Alcohol Help Me Lose Weight?”

“I have a pretty good idea about when my drink was spiked. I went to the bathroom by myself – not something I usually do. On the way there, a guy at the bar started chatting to me. I thought I recognised him from somewhere. He offered me a sip of his drink. I’d usually never take a drink from a guy, but since this was his drink that he was drinking from, I thought it would be fine. After a while of continuing to chat to him, I started to feel funny. My brain was going fuzzy as if I’d had a whole lot of shots and they’d only started to hit now. I excused myself and went to the bathroom. While I was there I realised something was wrong. It didn’t add up! I didn’t drink enough to feel like this (especially so suddenly). Although the thought did cross my mind, I didn’t think I’d been spiked at this point.”

READ MORE: “I Drank Kombucha Every Day For 10 Days — Here’s What Happened”

“I decided to go outside because maybe I just needed some fresh air. It only got worse. This is one of the only memories I have of the night. I messaged my boyfriend to pick me up, which he did, but I don’t remember this. I remember snippets of the car drive, walking into my boyfriend’s flat and the next memory is waking up 12 hours later with stiff, aching bones and joint pains. I felt so fragile and slept for two days until I started to feel like myself again.”

What I Do Now: “I generally won’t let guys buy drinks for me anymore. I’ll only allow it if I have a constant view of my glass to make sure no one has a chance to slip anything in. I tend to buy bottled drinks in clubs because they’re easier to keep an eye on. I also put my finger into the bottle opening when I’m not drinking it just to make sure it’s safe. If I’m not 100 percent sure my drink is safe, I ditch it. It’s not worth it at all.”