The 10 Best Sex Positions to Stimulate Your Clit

Making sure you stimulate your clitoris is rule number one. “Research shows it’s clitoral stimulation, not vaginal stimulation, that is the powerhouse of the female orgasm,” says sex therapist Ian Kerner, author of She Comes First.

Given that your clitoris can be anywhere from 2.5 to 4 centimetres away from your vaginal entrance, lots of sex positions won’t exactly do the trick, says Kerner. That’s why we rounded up a few expert-approved moves that will hit all the right spots. Happy experimenting!

READ MORE: 3 Things Your Guy Wants You To Do In Bed…But Will Never Ask For 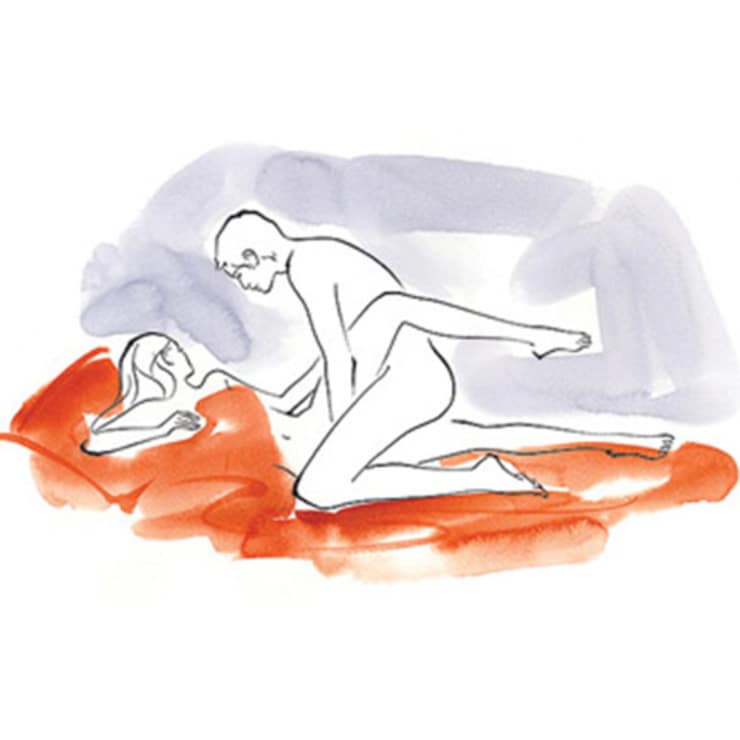 You already know pretzels taste good, but contorting your bodies into one can make for explosive pleasure. Deviate from the thrusting norm, and focus on friction for maximum results. “This position is about persistently connecting and grinding against each other,” says Kerner. That grinding action will help make your clitoris happy.

If it isn’t working: Not feeling enough pressure? Have your partner lean back. “If he leans forward, it’s easier to manually stimulate you,” says Kerner. “But leaning back offers the best angle to press into each other.” 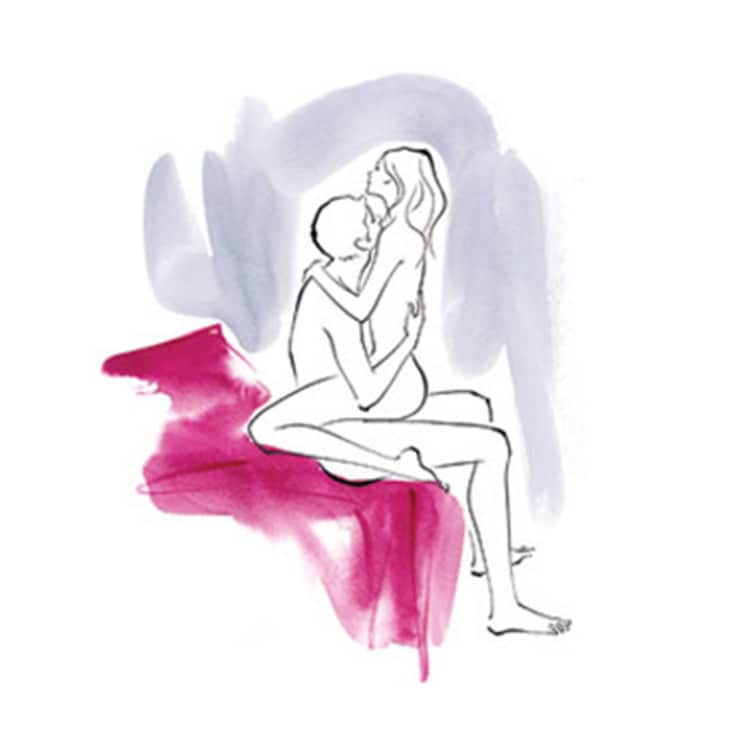 This romantic position is only made sweeter with the addition of attention to your clitoris. You can give yourself a hand, or you can close the distance between your two bodies to go hands-free. “Rub yourself against him to get the stimulation you need,” says Kerner.

If it isn’t working: Have him support your weight, then lean back for more clitoral contact against his body. “Think of it as him dipping you during a dance,” says Kerner. “With that support, you can get a good rhythm going.” 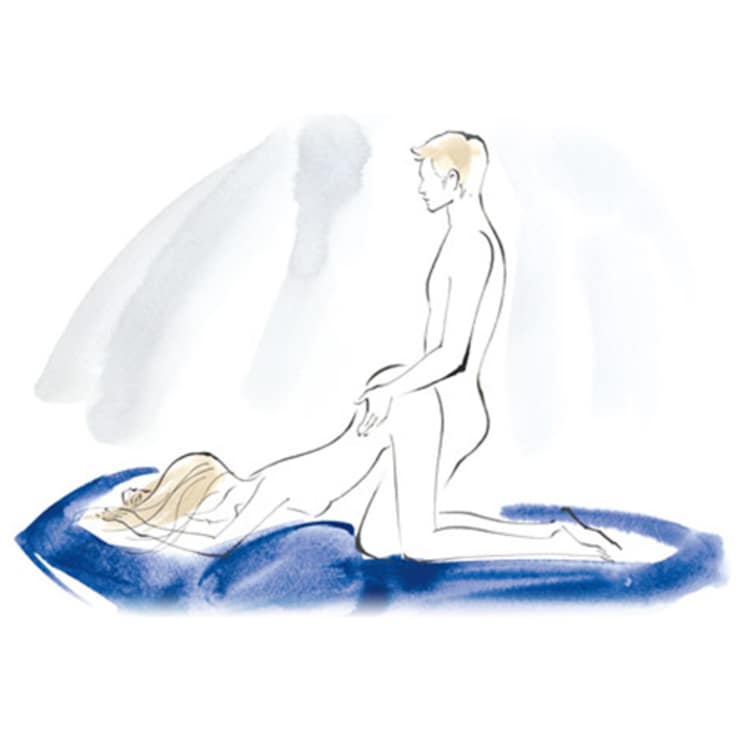 Get more bang for your buck. While this position is a natural for G-spot stimulation, it can be a winner for your clitoris, too. “When he’s in a comfortable enough position, he can try to reach under you and provide clitoral stimulation,” says Kerner.

If it isn’t working: If the thrusting makes it hard for him to keep his hand on target, have him grind against you in circles instead. Less in-and-out motion can make for a more consistent connection.

READ MORE: 5 Sex Positions Perfect For When You Want To Get Rough 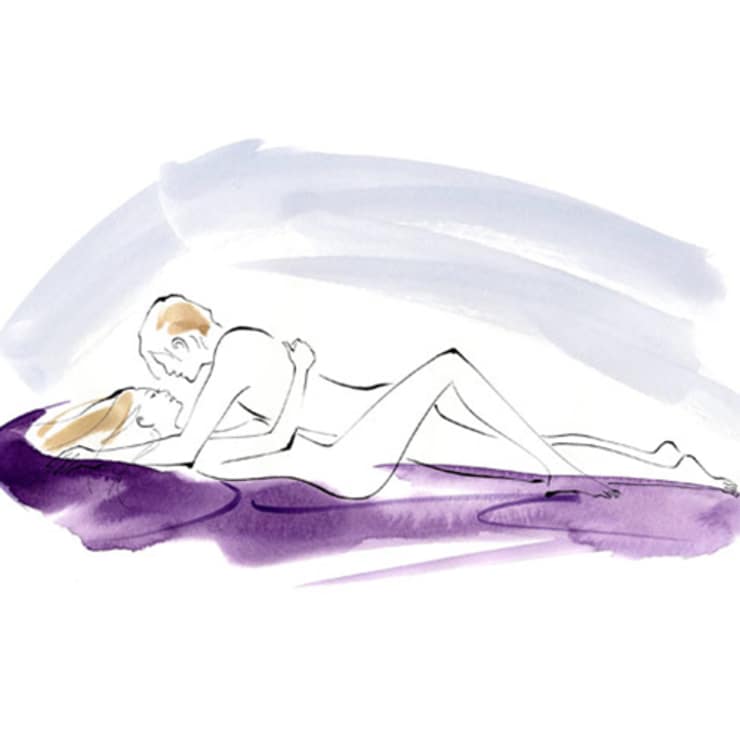 It’s an oldie and a goodie for a reason. “This can be nice if he is able to focus less on thrusting and more on connecting,” says Kerner. If you need a stronger touch, feel free to grab his butt and pull him deeper inside of you so his pelvic area presses harder against your clitoris.

If it isn’t working: Have him scoot his entire body higher up horizontally. “If he rides a little higher, he won’t just be thrusting,” says Kerner. Instead, he’ll have to move his body down a bit each time he wants to get deeper, which means his pelvis and the shaft of his penis can massage your clitoris.

READ MORE: “I Had Sex Every Day For 30 Days — Here’s EXACTLY What Went Down” 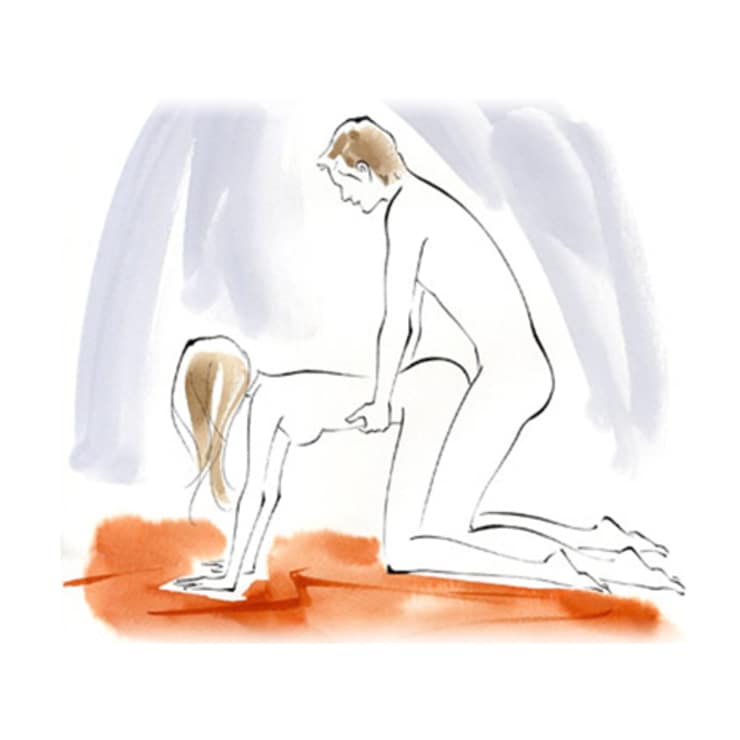 This one’s especially good if you’ve got a long-armed guy (where’s Fantastic Four’s Mister Fantastic when you need him?), although it can also work with a dude who’s got average appendages. “It may be hard to stimulate yourself because you’re on both hands, but he can lean over and reach under to touch your clitoris,” says Kerner.

If it isn’t working: Ask him to lean over even more so his hand can stay pressed up against your clitoris, or transition from thrusting into smoother grinding motions. That way, you may be able to support yourself enough to get the job done on your own. 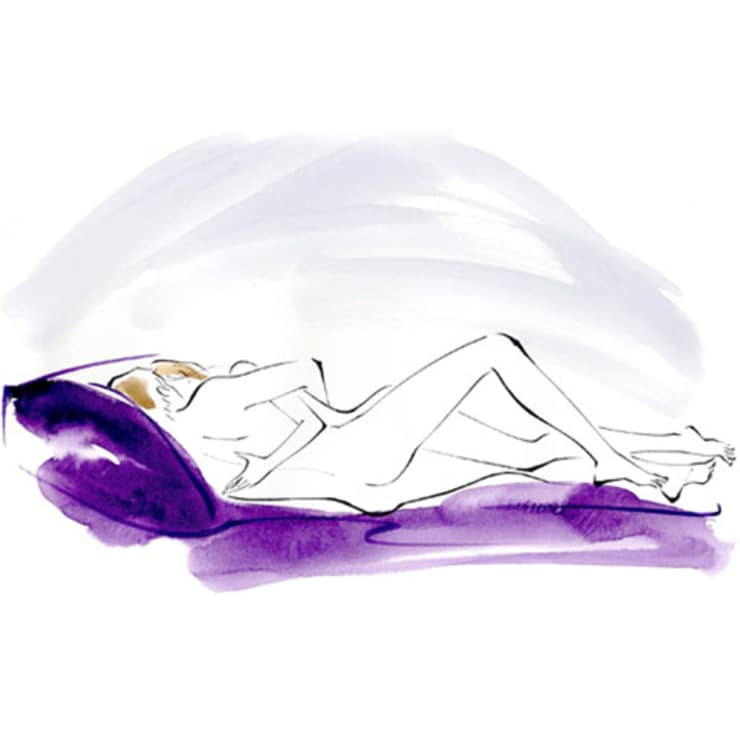 Feeling intimate? This position offers the best of both worlds: ultimate closeness to your partner and plenty of clitoral stimulation. “Once you’re both comfortably positioned, you can get into a great grinding rhythm against his leg,” says Kerner.

If it isn’t working: One of you can slip a hand down south to get the most out of this position. “Since you’re on your sides, you have enough support to easily provide some manual stimulation,” says Kerner. 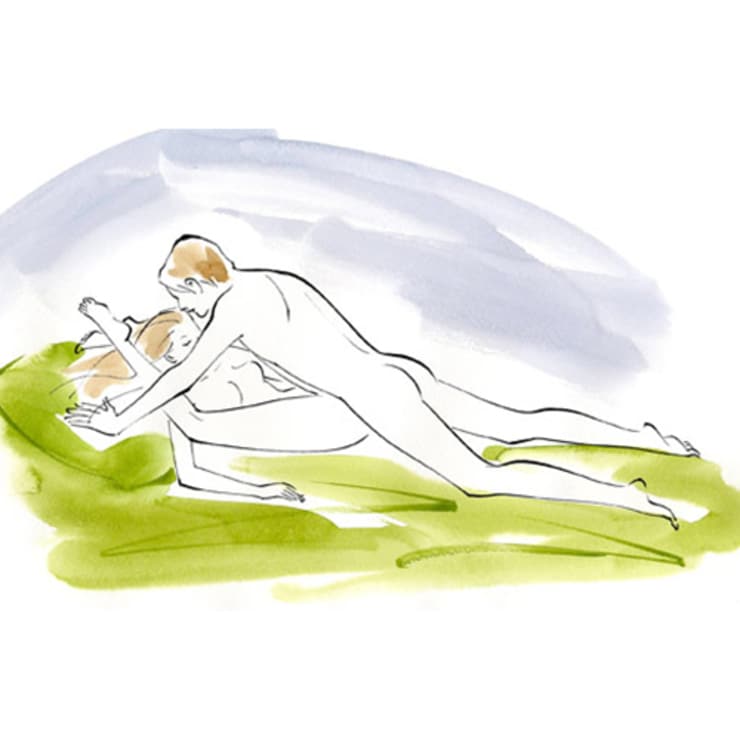 If it isn’t working: Do away with the hand action. Ask your partner to reposition his body a bit higher so his pelvis is right against your clitoris, says Kerner.

READ MORE: 12 Thoughts Every Woman Has During Doggy Style 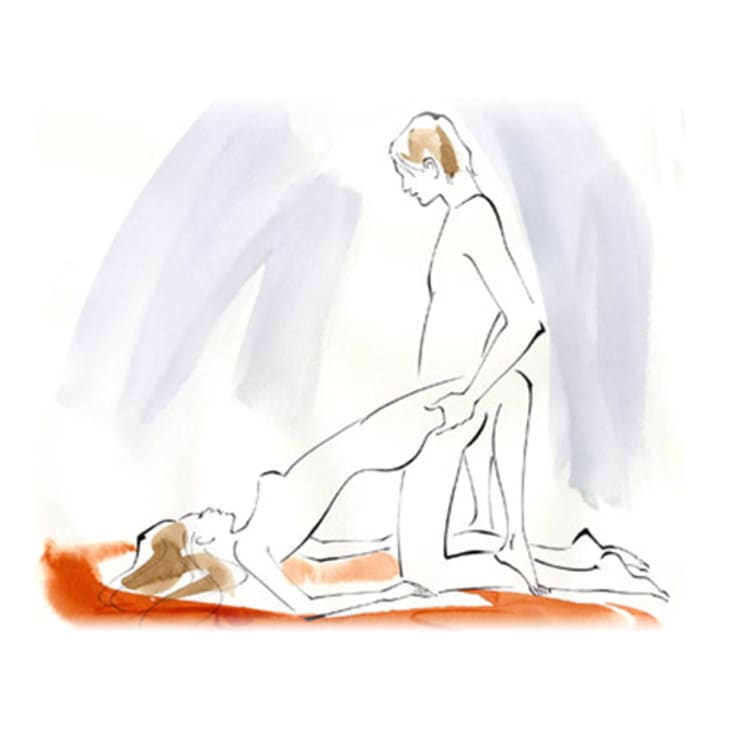 Does it look like the dirty version of a move you’d do in barre class? Yes. Does it provide awesome sensations for your nether regions? Absolutely. The key here is getting really close, then changing up the direction of your movements. Instead of regular thrusting, have your partner move your body up and down against his.

If it isn’t working: Stabilize yourself (you may have to come down from the balls of your feet unless your guy can support you with one hand), and have him touch your clitoris just the way you like. “If he has the strength for it, that could definitely work,” says Kerner.

READ MORE: 25 Sex Facts You Legitimately Need In Your Life 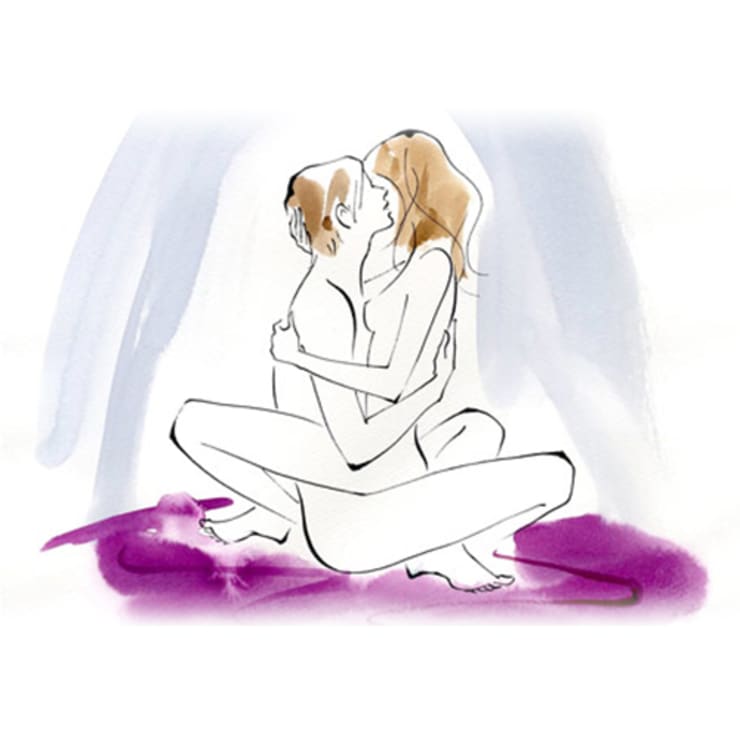 If you need long-lasting clitoral stimulation, you can settle into this comfortable position and stay a while. Get extra-close, and grind against your partner, says Kerner: “It’s really about his pelvis and your clitoris making contact.”

If it isn’t working: Switch up your movements, says Kerner. Try rubbing up and down against him or rolling your hips in mini circles until you find what feels best.

READ MORE: 101 Sex Tips That Will Have You Turned On For Days 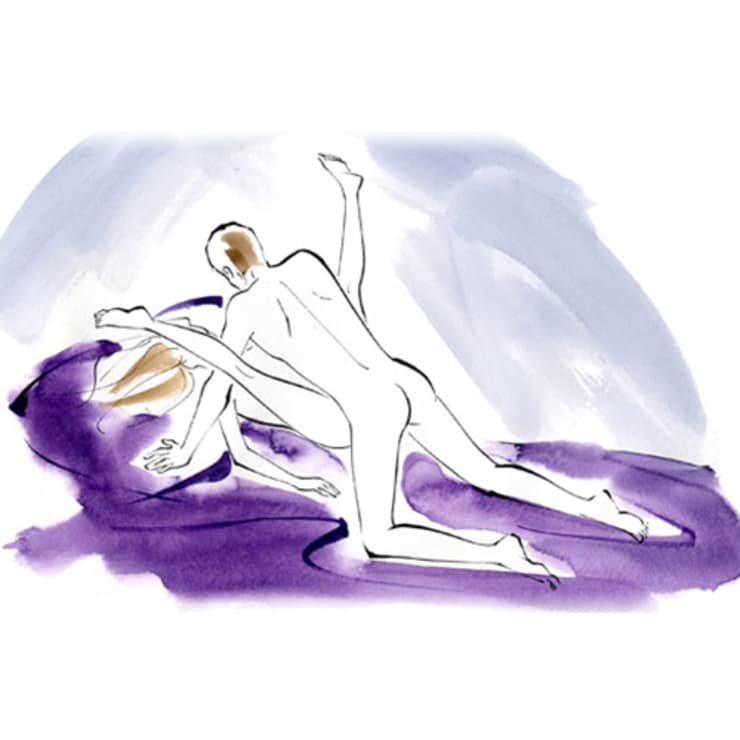 This easy transition from missionary may not seem like a clitoris-pleaser, but a tweak makes it work. “Have him ride high and focus on pressing down on your body,” says Kerner. “It’s a great position for a lot of contact and grinding.”

If it isn’t working: Instead of having him do all the work, slip your arms around his back, hold him close to you, and rub your body against his. The added pressure might be just what you need to reach the big O.