"I am a bright, fun-loving, crazy 26 year-old woman who doesn't allow hair to define me"

Often, hair is seen an integral part of a woman’s femininity and beauty. It’s something we’re taught and conditioned to believe from a young age, from the permeating presence of long-haired Barbie dolls to Disney princesses with floor-length, flowing locks. Photographer Roché Permall was forced to confront these ideas at a very young age when she was diagnosed with alopecia, a condition that results in severe hair loss. Here’s her story, and how she’s dealt with it.

When Roché was eight years old, her mom discovered a large, round patch toward the front of her head. “She took me to see a dermatologist who prescribed topical cortisone cream to stimulate hair growth,” she says. “Within three months, all my hair had fallen out and I was completely bald.” What followed was a circus of doctor’s waiting rooms, consultations and inspections. They’d been to hospitals, dermatologists, the UCT Skin and Hair Clinic, but nothing worked. “They tried injections, shampoos and abrasives to stimulate growth,” says Roché.  “Everyone wanted to try something different. Then my eyebrows and eyelashes fell out to and my parents decided to stop it all.” Roché’s mom felt that her daughter was being treated like a guinea pig, but no clear plan seemed to be in place to help her. In the end, her mom opted for a homeopathic treatment. “Within two months, my eyelashes grew back and eventually my hair, too. I’ve been with Dr Jeggels since then,” says Roché. 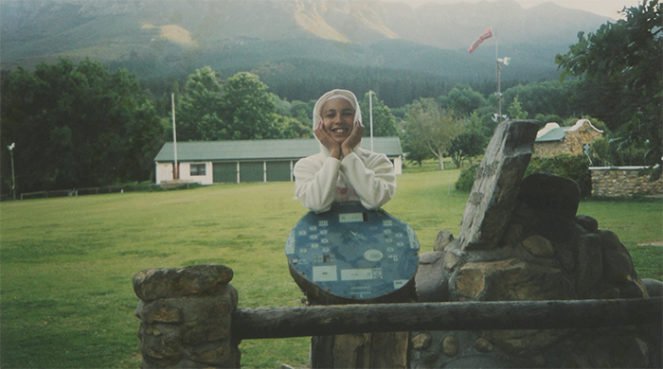 READ MORE: “I Lost My Hair To Lupus — This Is Why I’ve Stopped Wearing A Wig”

Growing Up Without Hair

At first, Roché covered up her head with hoodies and a bandana. In high school, she opted for a bandana with a scarf over her head. Eventually, she settled for a black scarf that she tied into a bun at the nape of her neck. Her strands would grow back, and then in other periods, it would fall out. She also tried laser therapy, hair pieces and wigs to cover up, but it didn’t work very well. “They were uncomfortable and made me feel more insecure,” she says. The really nice ones, made from 100% human tresses, were just too pricey.

Because Roché was so young, everything seemed confusing to her. “It was really hard as a young girl to go through all this emotion. I could never understand why me!” she says. Added to that, without hair, she was different to the girls at school. Primary school proved exceptionally tough. “Children couldn’t understand what was exactly wrong. Some children felt sorry for me and didn’t know what to say to me, and others bullied me a lot, which left me in tears.” She became withdrawn and depressed, despite seeing a counsellor to work through her insecurities. Finally, in high school, she found a group of friends that made everything bearable. “I joined the drum majorettes and met some friends who accepted me and that’s ultimately what any normal child needs: support and comfort. Some of those girls remain my friends to this day!” she says. 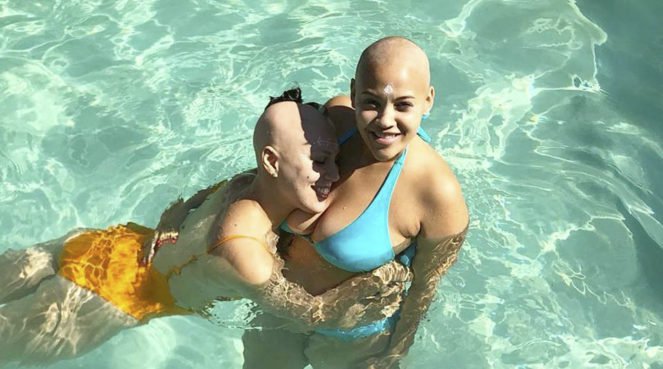 While society’s making huge strides toward rewriting the narrative about what a woman should look like (or wear, or even date), the conversation around hair still needs to be teased in its many forms. “I still get pretty emotional about not having a full head of hair,” says Roché. “Not a day goes by that I don’t find myself admiring women with long, beautiful hair. But I’ve realised at the age of 26 that hair shouldn’t define you. You are bigger and better than hair. 2018 has already been a big change. I’ve decided to go public with my condition on social media and I’ve decided to go completely bald and shave the last bit of my hair.”

Having a support system has also been the biggest help for Roché. “My boyfriend for being the greatest at helping me out and just always being my side for the past fours years of my life. He accepted me, flaws and all, and I am truly grateful. The support from friends and family have been completely amazing,” she says.